Vettel Narrowly Loses Out To Loeb In All-Seb ROC Final

Following a disappointing day in the Race of Champions Nations’ Cup, Sebastian Vettel has proved exactly why he’s a four-time F1 World Champion, just missing out on being crowned the Champion of Champions.

Lining up alongside Mick Schumacher for Team Germany, he struggled on Saturday. In the preliminary round, Seb suffered a shocking defeat to esports driver Lucas Blakeley.

The pair eventually made it through to quarter finals but were beaten by Team USA, with Vettel losing both heats to NASCAR’s Jimmie Johnson and IndyCar’s Colton Herta.

To add insult to injury, the Californians had never driven on snow and ice before! 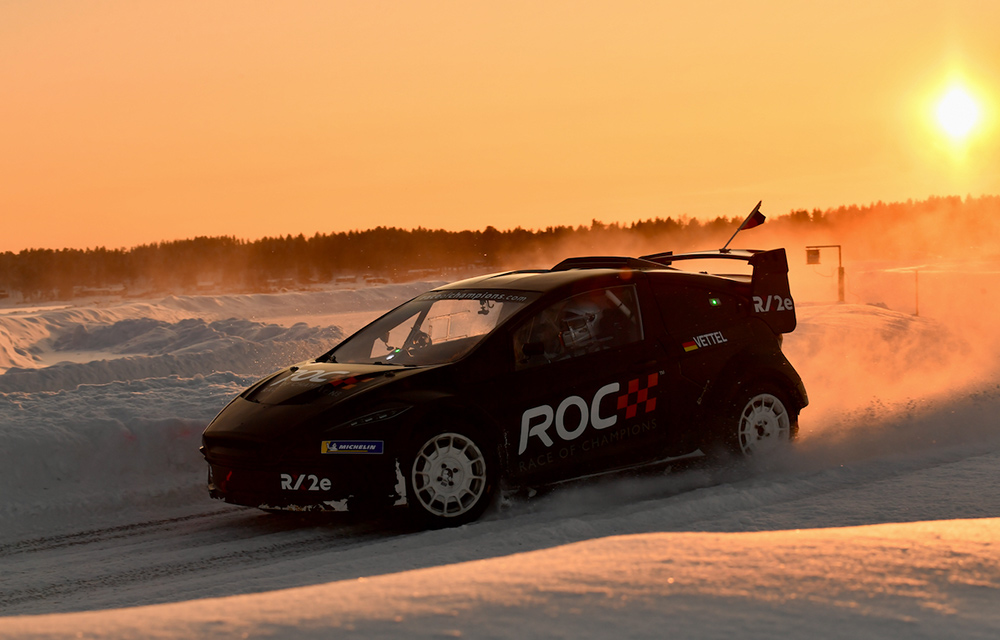 Yet today was redemption day. After defeating W Series race winner Emma Kimiläinen in his opening round, Seb got revenge on Herta. A close three-race match up saw the round decided by aggregate times, with Vettel beating the American driver.

Facing off against nine-time 24 Hours of Le Mans winner Tom Kristensen, he secured a two-nil win to become the best track driver at ROC Sweden, in very challenging snow and icy conditions.

However, the day wasn’t done yet. The all-Seb final saw him line up against the extremely formidable nine-time World Rally Champion Sebastien Loeb. The Frenchman beat Vettel in the first two races, but the Aston Martin driver took victory in the third race after Loeb went off-track.

Giving it all he’s got, Seb drove his heart out in the fourth and final race. He was narrowly pipped on the line, with Loeb being crowned the Champion of Champions for a record-equalling fourth time.

Unfortunately the other F1 drivers at ROC didn’t fair as well. Mick Schumacher was beaten by two-time W Series Champion Jamie Chadwick in the preliminary round. Meanwhile, Johnson and Kristensen defeated ex-McLaren teammates Mika Hakkinen and David Coulthard on their way to the quarter finals.

What did you think of ROC Sweden? Let us know in the comments below. 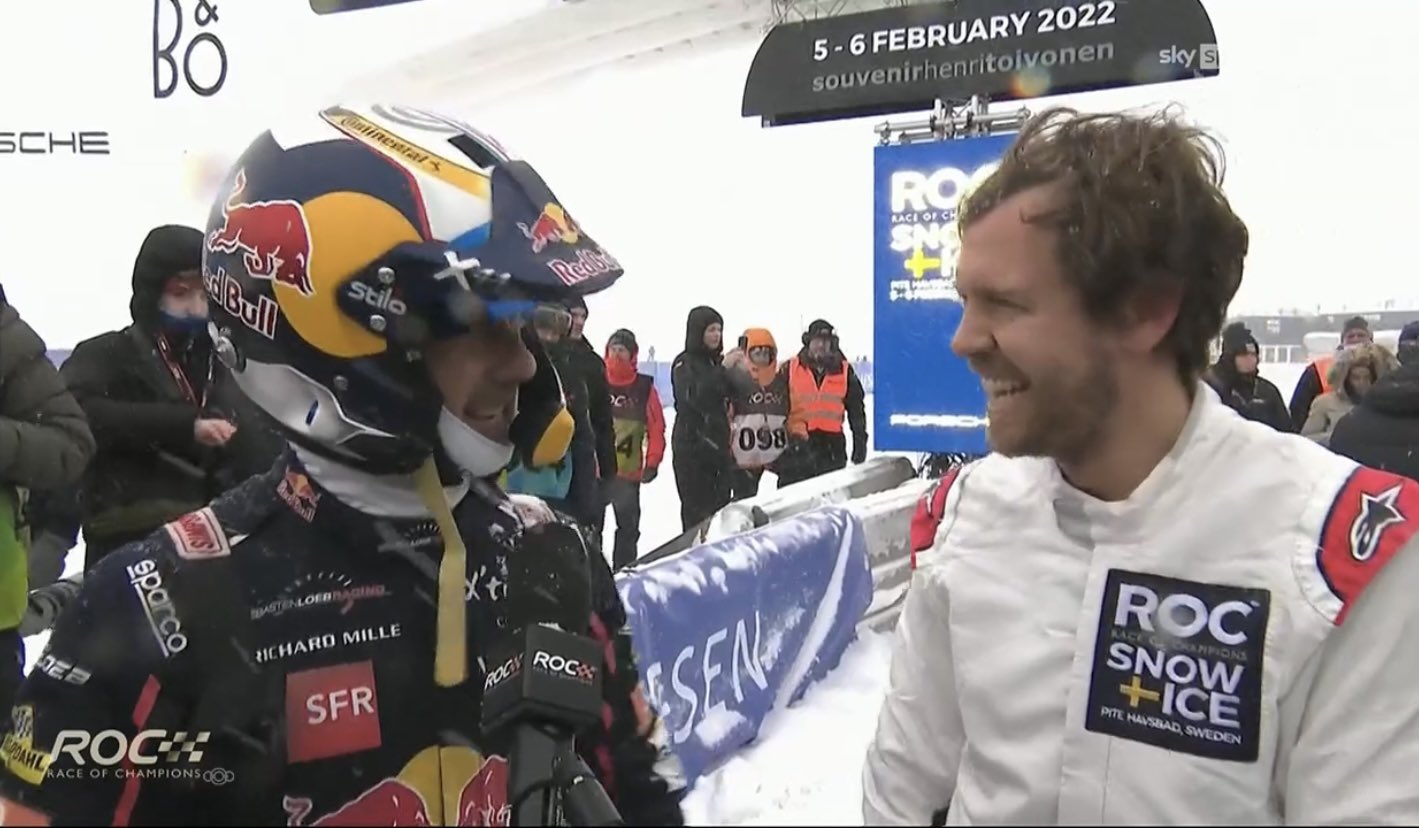