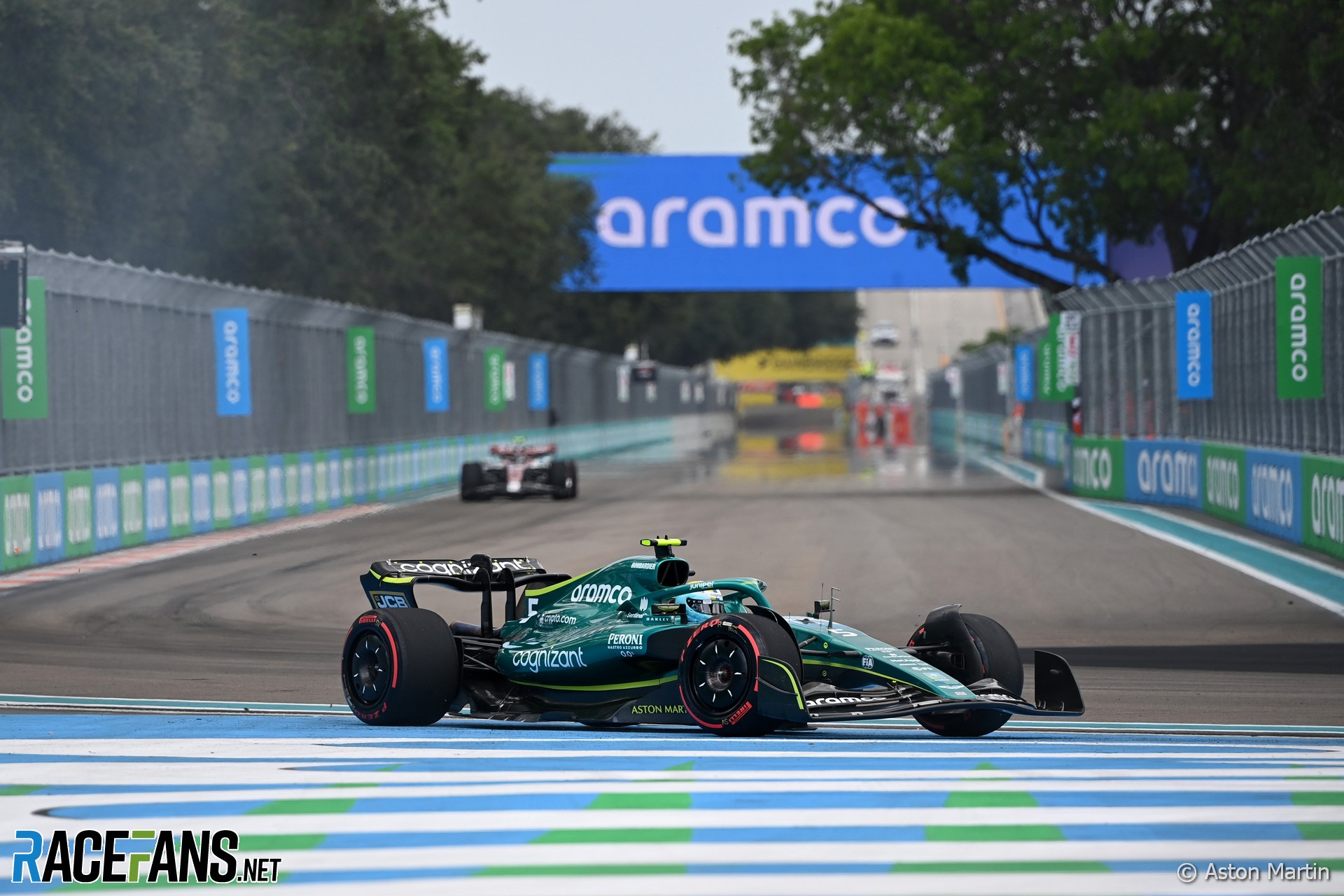 More track repairs have been performed at turn 17 at the Miami International Autodrome overnight after the surfaced deteriorated during yesterday’s practice sessions.

The race organisers previously carried out repair work at the corner, as well as turn seven, following pre-event activities at the track on Thursday.

The FIA confirmed “the apex and the exit of turn 17 have been resurfaced” ahead of Saturday’s final practice session and qualifying at the track.

F1 is sharing the track with two other series this weekend. The W Series and Porsche Sprint Challenge qualifying sessions were scheduled to take place before final practice, and Pirelli will also run more of its supercar hot laps. W Series’ first race of the year will take place between the two F1 sessions.

FIA Formula 1 race director Niels Wittich also confirmed a change to the pit lane entrance. The two kerbs forming a chicane have been removed and replaced with bollards. During practice yesterday George Russell said there was no point having the kerbs there as the 80kph pit lane speed limit begins before they are reached. 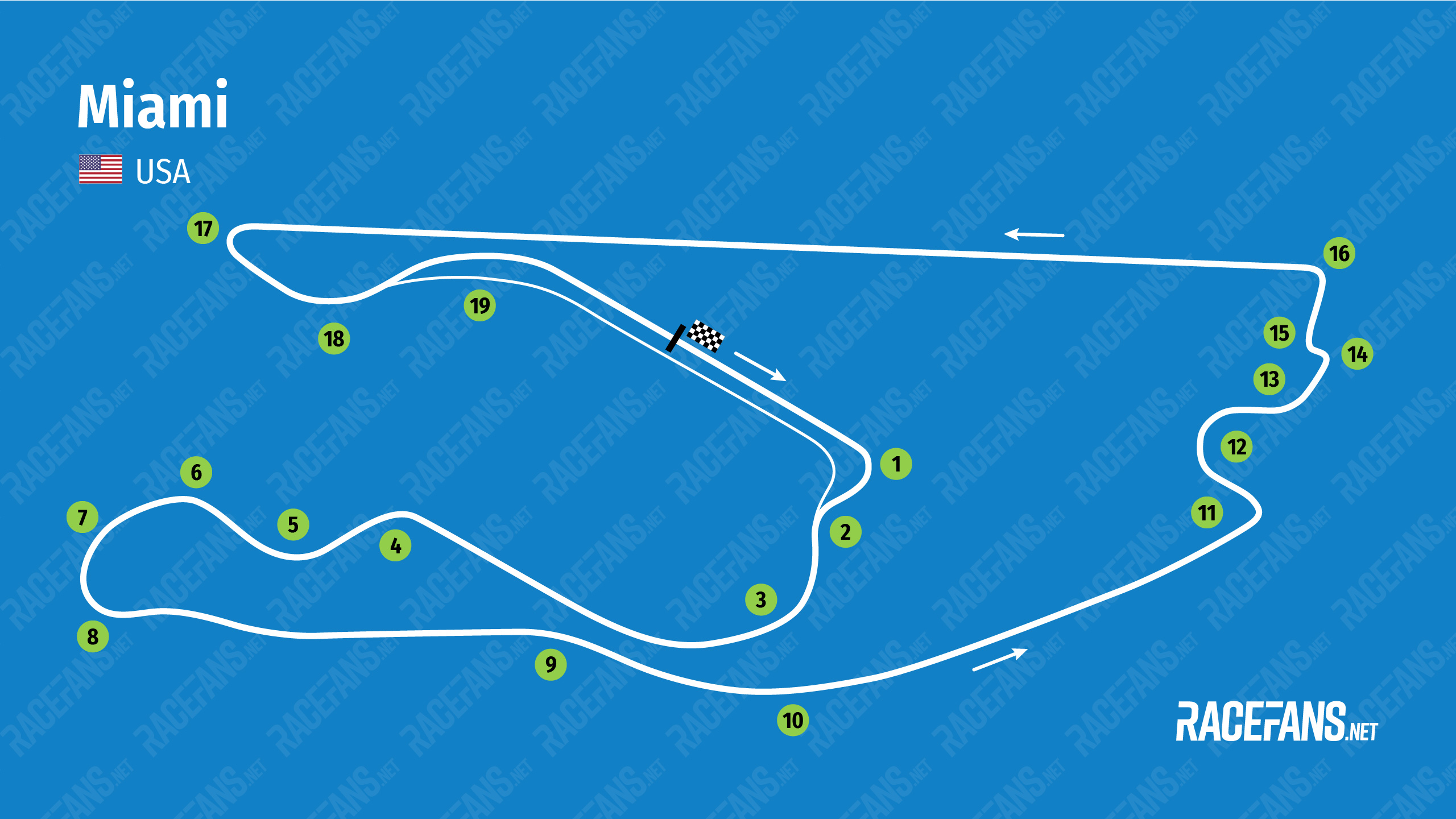