Mercedes team principal Toto Wolff has revealed he urged former FIA Formula 1 race director Michael Masi to take criticism of his approach on board ahead of last year’s controversial title-decider in Abu Dhabi.

Masi was replaced as race director due to his mishandling of the finale. An FIA inquiry found he failed to adhere to its regulations in arranging a final-lap restart of the race, following which Max Verstappen overtook Lewis Hamilton to win the world championship.

Wolff revealed he spoke to Masi before the event about the feedback he’d been given over several controversial decisions earlier in the year.

“I had lunch with him on the Wednesday before the race,” Wolff told the Press Association, “and I said to him that ‘I really want to tell you, without patronising you, that you need to take criticism on board and develop from there. Lewis does it every day, but you are a guy who always seems to know better’.

“It wasn’t about influencing him but really giving my honest feedback that he shouldn’t block outside opinion as simply being wrong.”

Masi, who has not spoken publicly since the controversial conclusion to last season almost four months ago, had been criticised for his handling of several flashpoints in the rivalry between Hamilton and Verstappen at preceding races in Saudi Arabia and Brazil. Wolff said drivers were not impressed by his reaction to their feedback.

“You hear from the drivers and how the drivers’ briefings were conducted [by Masi] and some of the guys said it was almost disrespectful how he treated some of them.

“There is a promoter of one of the races in the Middle East who said he was so relieved he had gone because he got so much abuse from him.”

The FIA’s inquiry found two errors were made in Masi’s management of the Abu Dhabi Grand Prix. The Safety Car was brought in a lap too early and only some of the lapped cars – those which lay between Hamilton and Verstappen – were allowed to rejoin the lead lap. 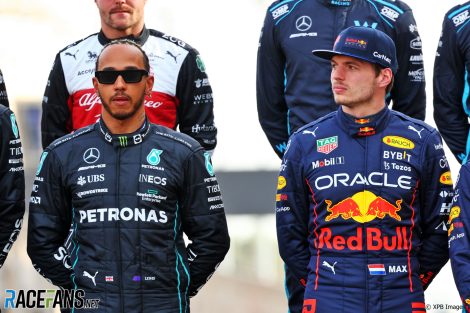 Analysis: The omission in the FIA’s Abu Dhabi report which may store up trouble for the future

However, Wolff said Masi hasn’t accepted he was at fault. “He was just immune to any feedback and even today he has not properly reflected that he did something wrong.

Wolff said Niels Wittich, one of Masi’s two replacements in the role, “hasn’t put a single foot wrong” since taking over. However he questioned the need for his clampdown on drivers wearing jewellery while on-track.

Hamilton said yesterday he cannot comply with the restriction because some of his piercings are fixed in place.

“Is that a battle he needs to have at this stage?” said Wolff. “However, if it turns out to be the biggest unfortunate misstep of a race director, I would take it a thousand times over.”