Daniel Ricciardo is a man of many talents. Late braking overtakes? Check. Fashion icon? Check. Music lover? Check. Whether it’s jamming along to a country’s national anthem or bouncing around with his headphones on pre-race, his love of music is undeniable.

Now the McLaren driver has finally hit the big time in the charts, after indie rock band Gang of Youths’ song ‘The Man Himself’ reached number 57 on Australian Triple J’s Hottest 100 of 2021.

Playing some basic beats on the snare drum during their recording in the summer of 2020, the 32-year-old officially features on the song’s credits.  Although we’re pretty sure their actual drummer did most of the hard work

Unfortunately, Daniel and Gang of Youths were pipped to the top spot by children’s group The Wiggles, with their smash hit cover of Tame Impala’s ‘Elephant’ voted the hottest song of last year.  Robbed!

Danny Ric isn’t the only F1 driver to get in on the music scene. Sir Lewis Hamilton appeared as XNDA on Christina Aguilera’s track ‘Pipe’ in 2018.

Somehow, we don’t think he’s going to be following in 1997 F1 World Champion Jacques Villeneuve’s footsteps and releasing a flop album anytime soon. We think that’s for the best, though.

Although, we’re all still waiting for McLaren to drop Daniel and Lando Norris’ song from their launch last season.

Which F1 driver would you like to see release a song? Let us know in the comments below. 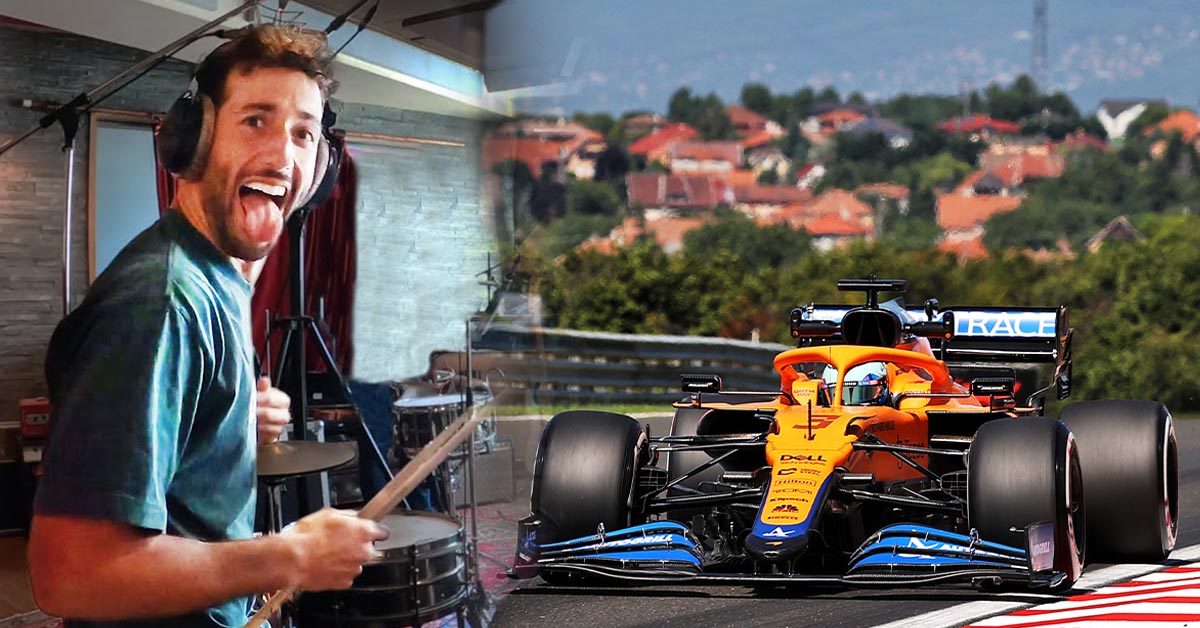