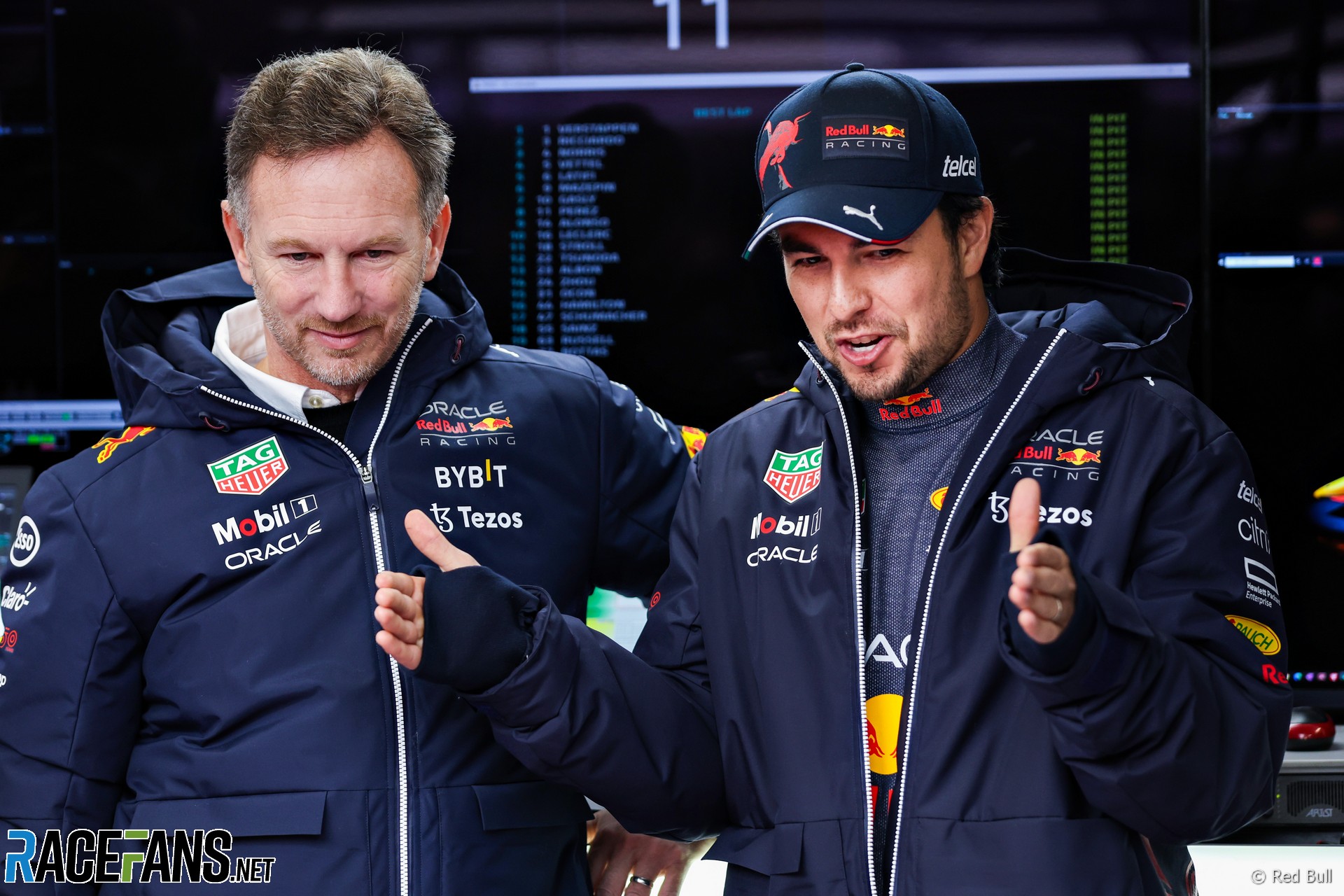 Pre-season testing is all about correlating figures and measuring real world data out on the race track.

So what is Sergio Perez trying to explain to Red Bull team principal Christian Horner here?