Last year McLaren slipped from third in the constructors championship to fourth place. Behind them Alpine edged AlphaTauri in a close fight for fifth.

Formula 1’s new technical regulations for 2022 offer these three differently-powered teams the opportunity to leap from the front of the midfield to challenge for victory. Each has have taken a noticeably different approach to the rules. 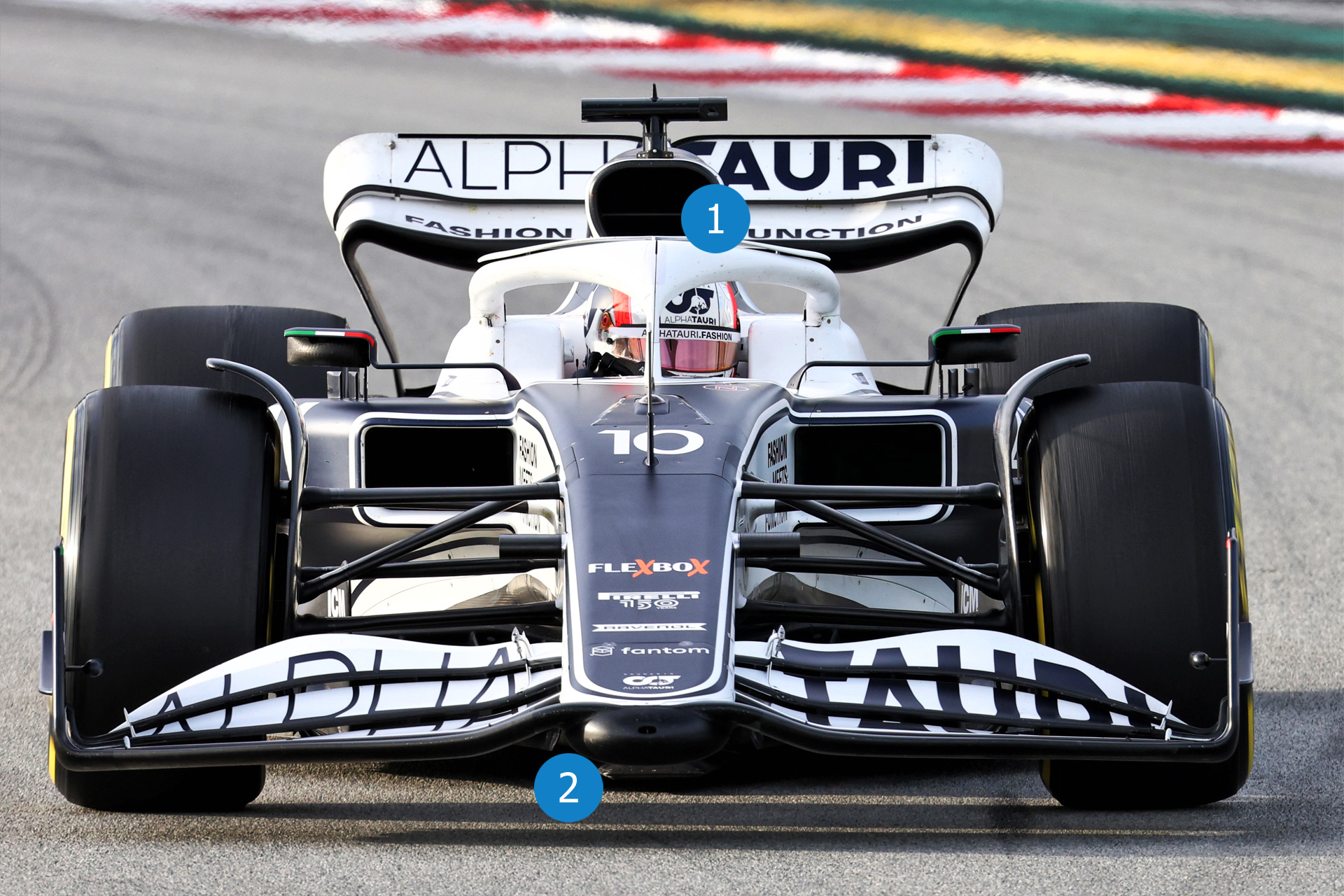 AlphaTauri shares some common features with its bigger brother, the RB18. The sidepods on the AT03 are similar in overall shape, combining the undercut and downwash concepts. However, unlike the Red Bull, the AlphaTauri has a pronounced horizontal splitter in the airbox (1).

Given that the power unit is common between the two cars and the relative shape and size of the sidepods are similar, this may be an aero improvement AlphaTauri found that suits their shape of air intake. The upper portion is likely to feed their radiators mounted inside their engine cover and the lower portion for the Honda power unit. 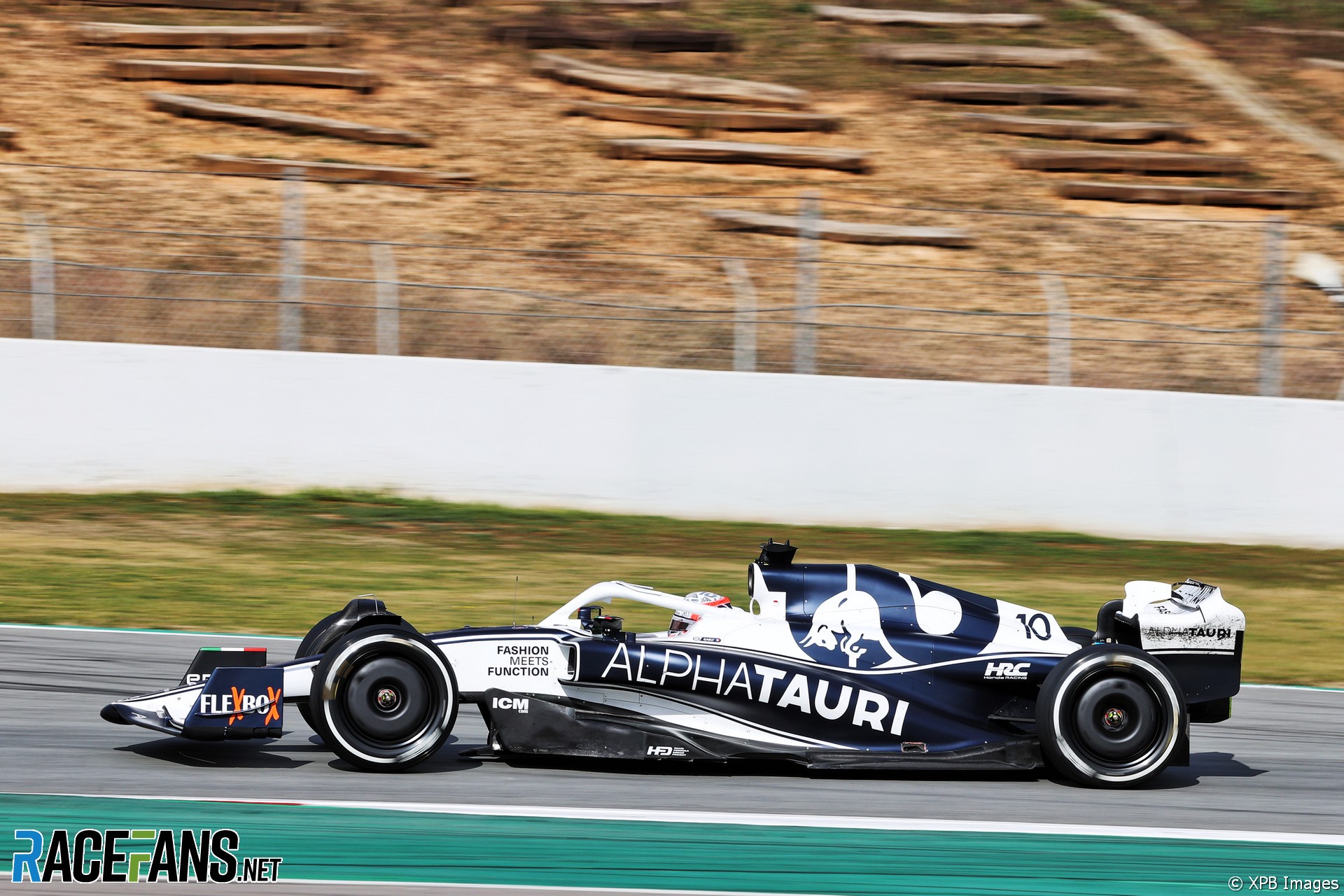 The rear suspension is identical to the RB18, but AlphaTauri has opted for a different front suspension geometry than the Red Bull. The front is in a push-rod configuration but carries some similarities with the RB18 as the upper control arm mounting points are vertically offset, providing anti-dive. 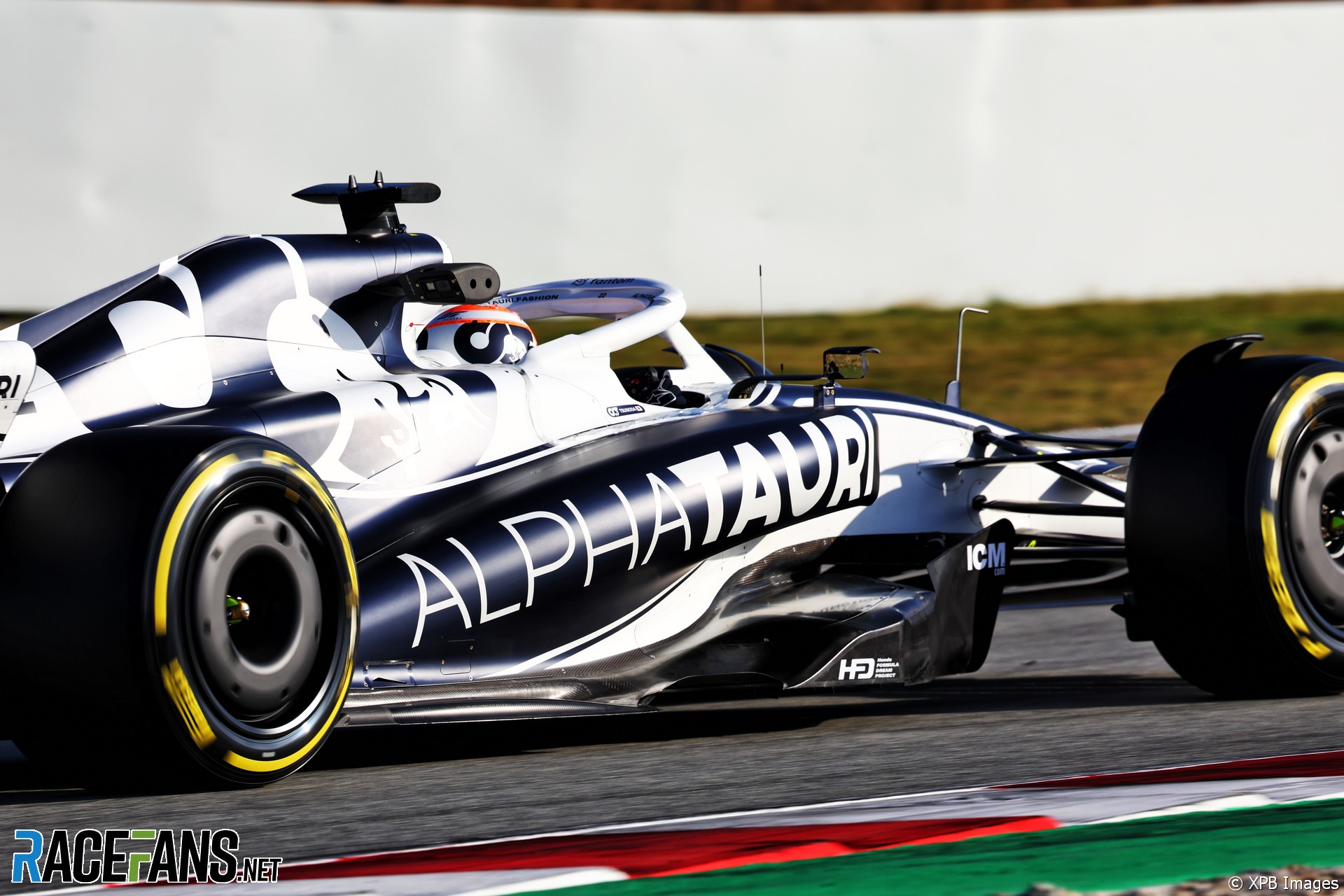 At the front of the car, the biggest differences to the Red Bull can be seen. The nose is attached to all the front wing elements and extends below the mainplane (2, above). It looks as if they have raised the centre portion of the front wing above the nose to make room for clean airflow into the underfloor. 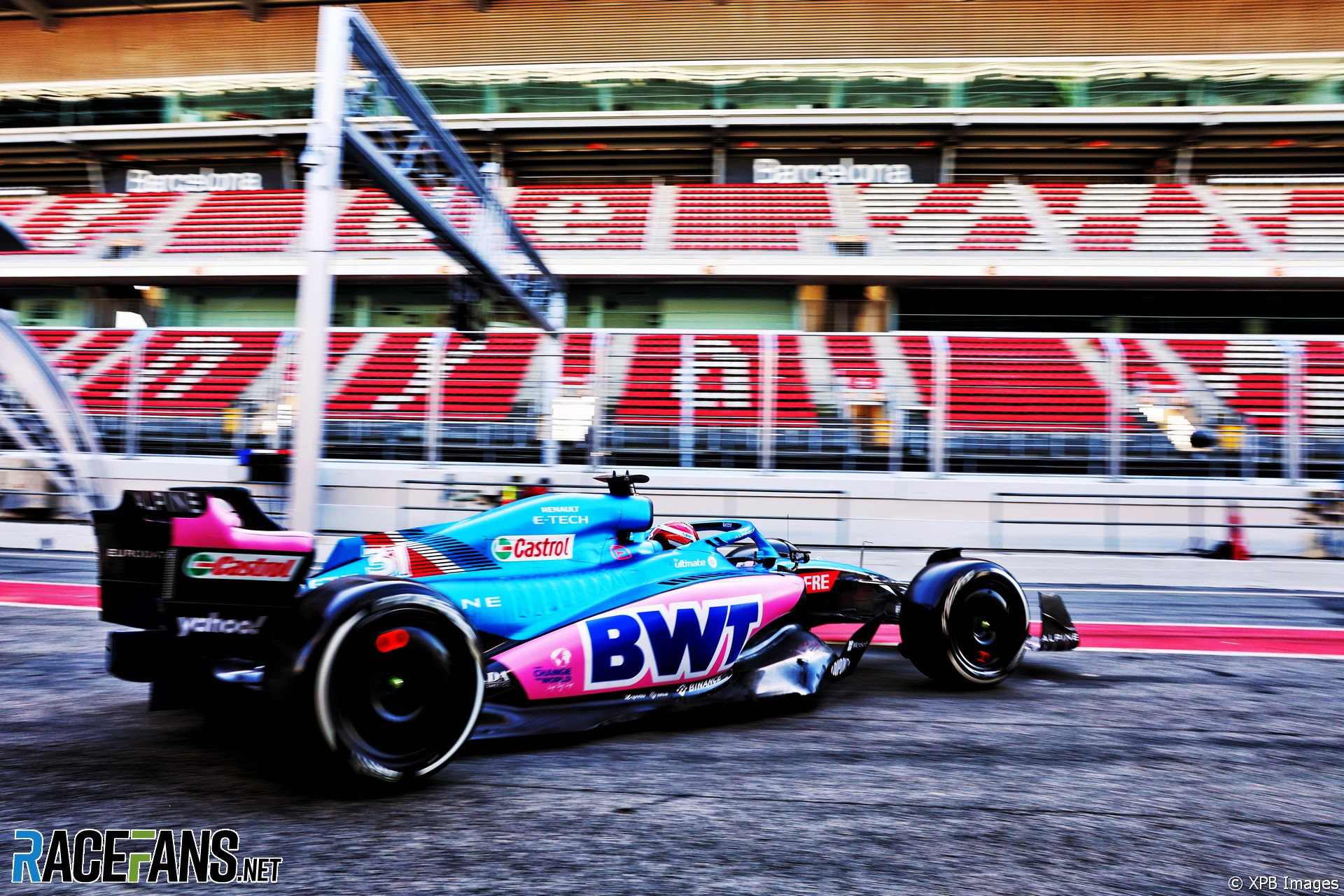 Alpine’s latest contender, the A522, was revealed two days before the test. While there are some interesting features on the outside of the car, perhaps the biggest change lies inside the power unit. Renault has finally moved to a split-turbo design, leaving Ferrari as the only power unit manufacturer without this feature.

The split-turbo design was pioneered by Mercedes HPP in the Hybrid V6 turbo era and is a layout where the compressor and turbine of the turbo are ‘split’ across the front and rear of the engine. This allows the MGU-H to be packaged inside the vee of the V6 and allows for a shorter intake and simplified exhaust. Furthermore, separating the turbine from the compressor means that the heat from the exhaust would not bleed into the compressor as much, thus reducing intake temperatures and the need for a large intercooler. While there are many benefits, engineering this design has significant challenges as the shaft connecting the compressor and turbine is much longer and at speeds over 100,000rpm, the slightest offset or vibration can have huge implications. Compared to the mammoth engine cover Alpine had last year (below), the one on the A522 is considerably smaller reflecting the much tighter packaged power unit. However, Alpine retains a large air intake. The sidepods on the A522 are similar to the Williams FW44 in concept and prioritises creating downwash to provide airflow over the top of the diffusers to improve efficiency. 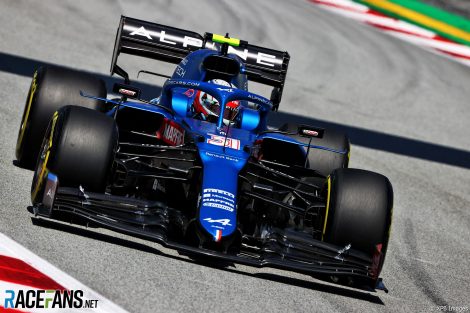 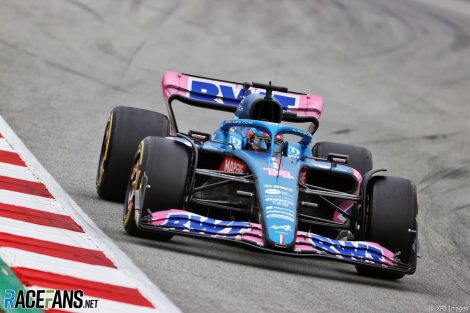 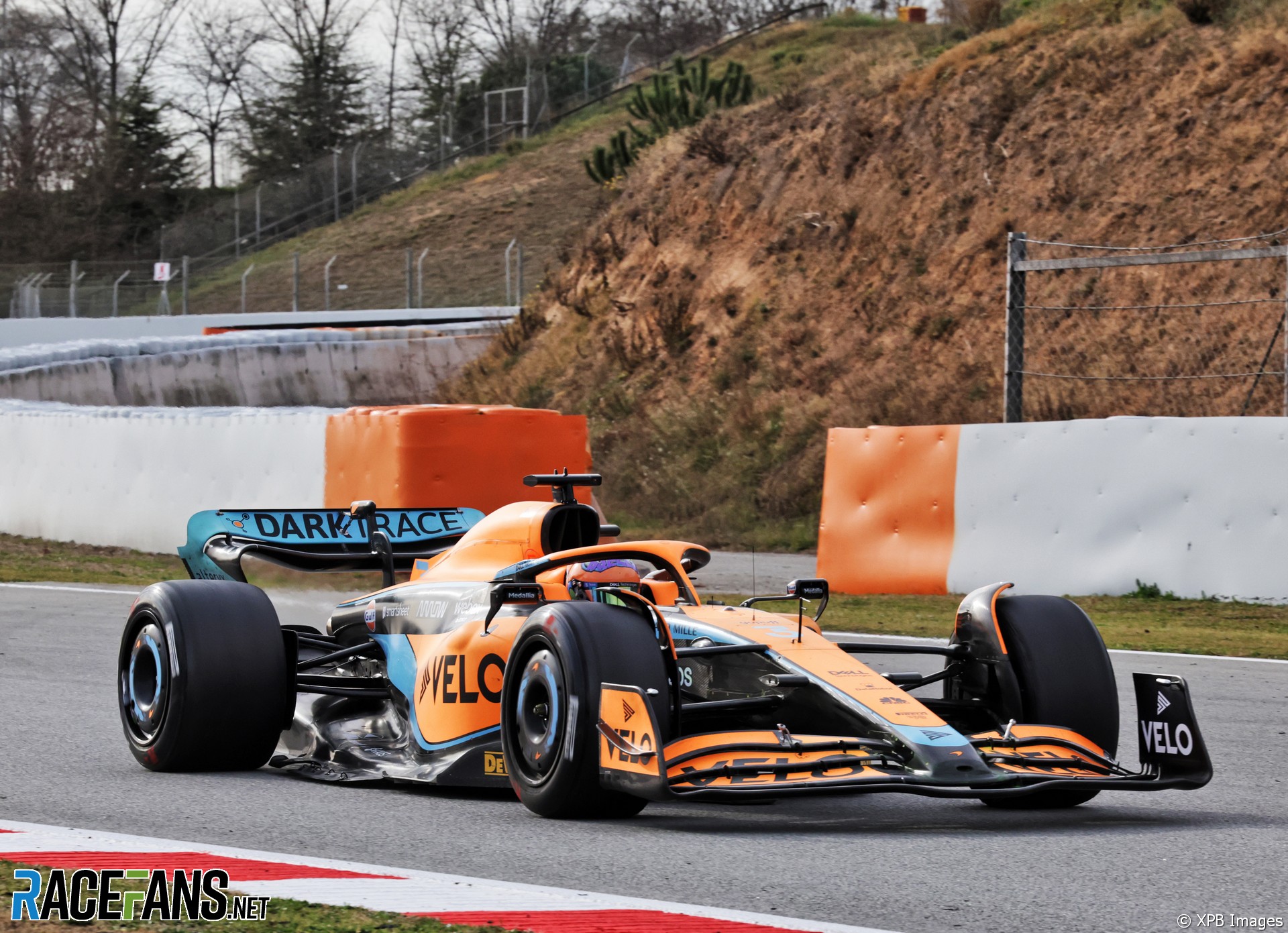 McLaren’s MCL-36 is stunning to look at and was the first car to launch with a pull-rod set up at the front. This was the focal point of the coverage surrounding the launch of the MCL36. Technical director James Key remarked: “If we are the only car that’s done that, we’ve either got it really, really right or…”

It perhaps puts McLaren minds at ease when Red Bull followed suit with a pull-rod design at the front of the car as well. At launch, Key commented that this decision was “about aerodynamics at the front, it’s the only thing you’ve got to play with between the entrance of the floor and the front wing, and depending on how you treat the front wing and where the entry to the floor needs its load condition will kind of set out what you think the best front suspension geometry is.” While this tightening of the sidepod into the bodywork is similar to the W13, the relatively large volume enclosed by the sidepod and the flare out at the rear of the engine cover for larger cooling outlets suggests that the cooling layout is significantly different between the two Mercedes powered cars. Perhaps McLaren was unable to find as efficient of a cooling solution as the Mercedes.