With less than a week to go until the opening race of the 2022 season, things are heating up in F1’s official pre-season test. With SO MUCH to cover, let’s get straight into things.

Here are some of the moments that got social media talking throughout the opening day of testing.

WHERE HAVE MERCEDES’ SIDEPODS GONE?

They said they’d be bringing upgrades to Bahrain, but we don’t think any of us quite expected this. 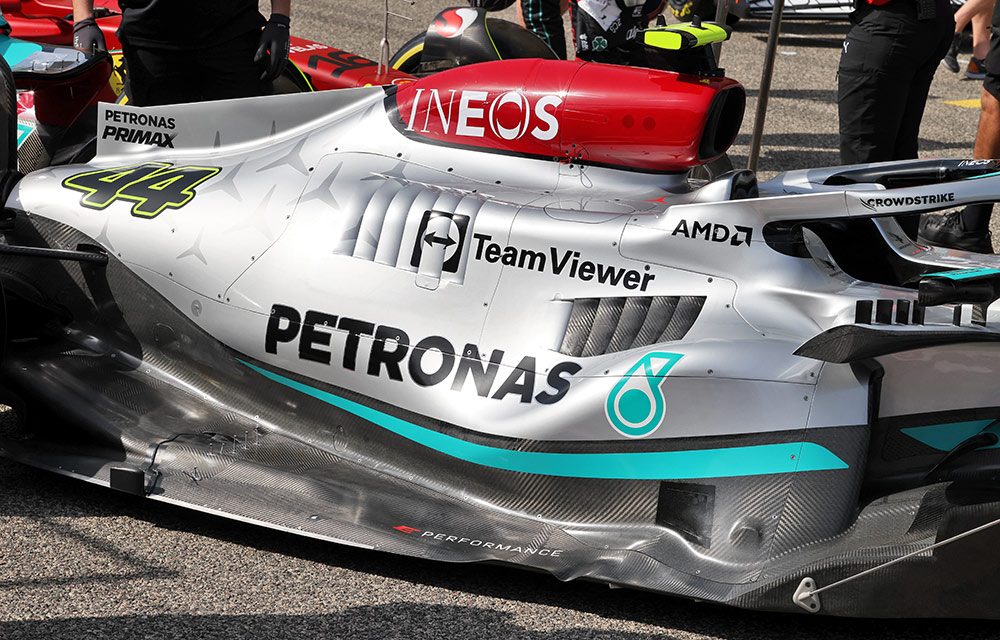 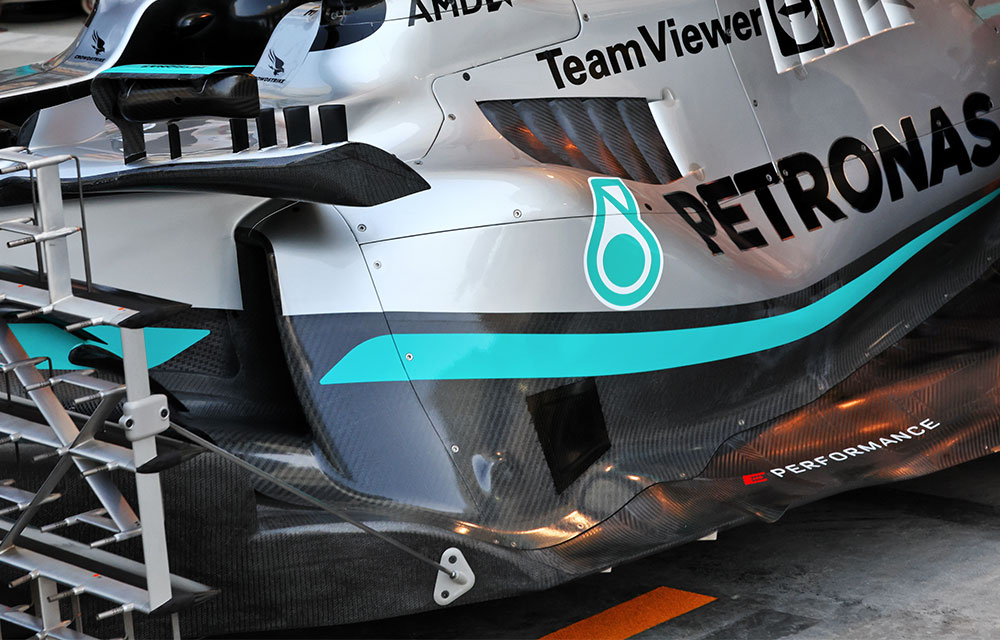 Lewis Hamilton took to the track first thing in a radically different Mercedes, but what was different about the W13? The sidepods were virtually gone! No wonder this has raised more than a few eyebrows amongst their rivals as to whether it’s legal or not.

This was a weird one. Respected German publication, Auto Motor und Sport, reported that the Red Bull team boss, Christian Horner, was not a happy bunny when the Silver Arrows revealed their redesigned car.

He had apparently claimed Mercedes’ new design had “violated the spirit of the regulations”. However, Red Bull wasn’t happy with what was being reported and initially denied the quotes. 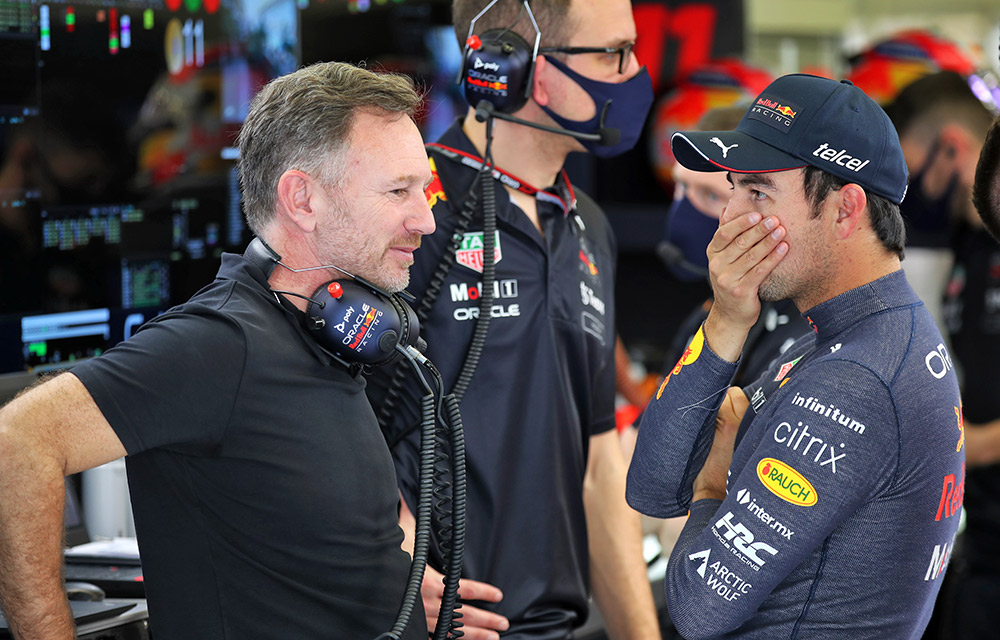 Somewhat embarrassingly, they later had to backtrack and say that no  official  comment had been made. Hmmm.

With K-Mag’s surprise return and an updated livery following Nikita Mazepin and Uralkali’s exit, things were supposed to be looking up for Haas.

However, the American team were nowhere to be seen in the morning session as their crew scrambled to get the car ready after their equipment was delayed.

Eventually, the VF-22 made it out on track in the afternoon session with reserve driver Pietro Fittipaldi behind the wheel, managing to clock 47 laps.

Haas weren’t the only ones missing from today’s running. A late driver change saw Lando Norris swap in for Daniel Ricciardo, who wasn’t feeling well.  Get well soon, Dan! 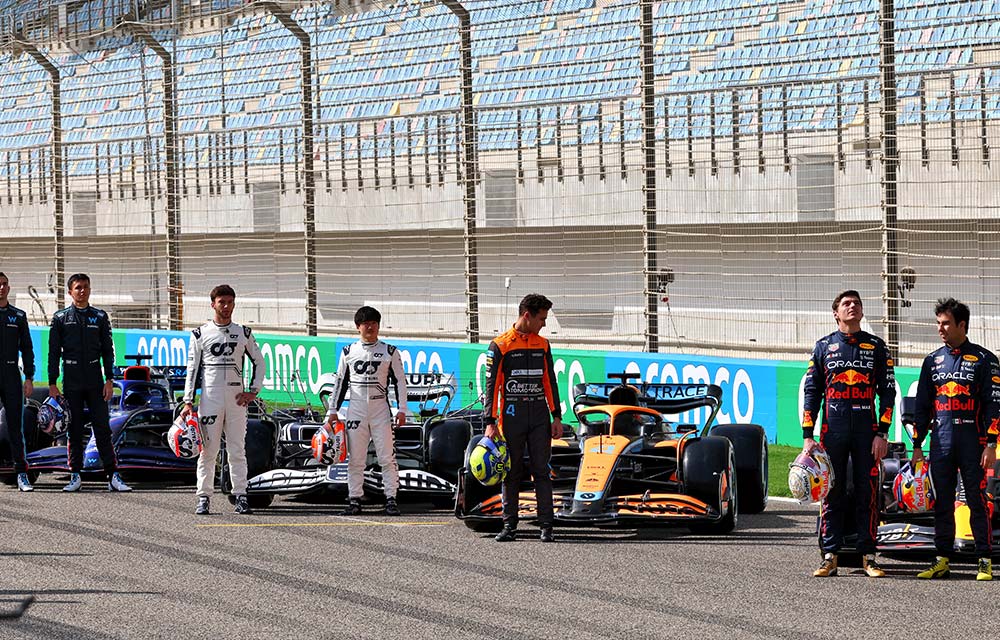 This also made for a slightly awkward situation, with Lando doing the team photoshoot by himself

Magnussen also had his own problems in front of the camera. Having only signed the contract to return to F1 the day before, he didn’t have a helmet ready. So now F1’s fancy grid shot is missing one of its biggest drivers, and K-Mag’s the odd one out.

It’s only the first day of testing in Bahrain, and we’ve already had our first red flag. However, this one was a bit stranger than most. 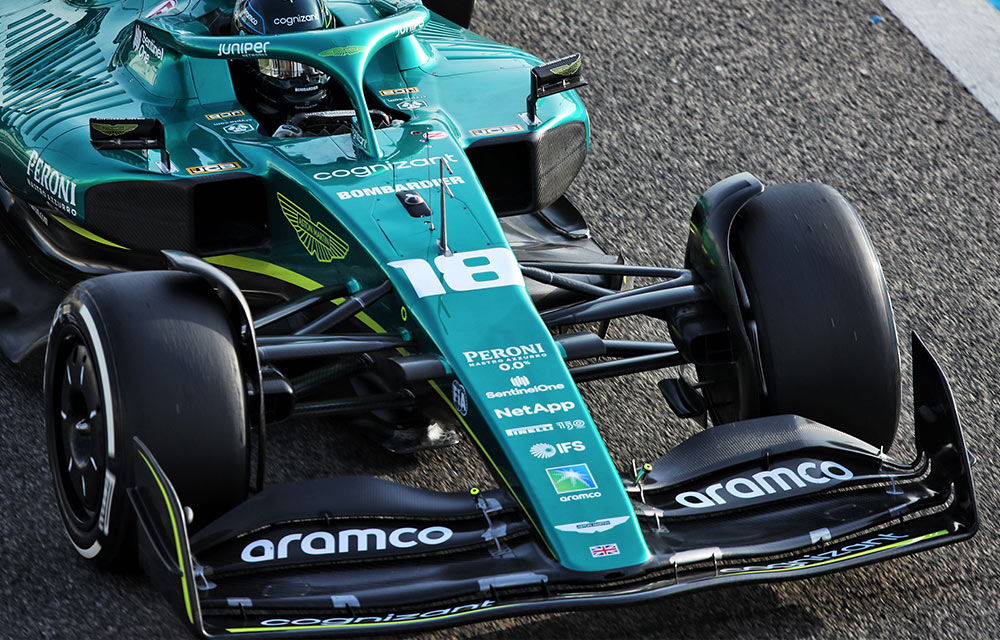 One of the aero rakes on Lance Stroll’s car managed to fall off during a lap and plonk itself in the middle of the circuit. Fortunately, a quick stop to the session meant one of the marshals could swiftly retrieve it.

Sergio Perez also brought out red flags just ten minutes before the end of the day, managing to spin his Red Bull into a nearby gravel trap.

When you’ve got to be at testing but aren’t in the car until tomorrow, what do you do? Mick decided to kill some time and go for a wander around the Sakhir circuit!

Well, at least one Haas driver got some laps in the morning session.

They might not be teammates anymore, but their banter still remains

When Nicholas Latifi was asked about Williams’ positivity for the season ahead, George Russell jokingly asked: “Was that aimed at me?” 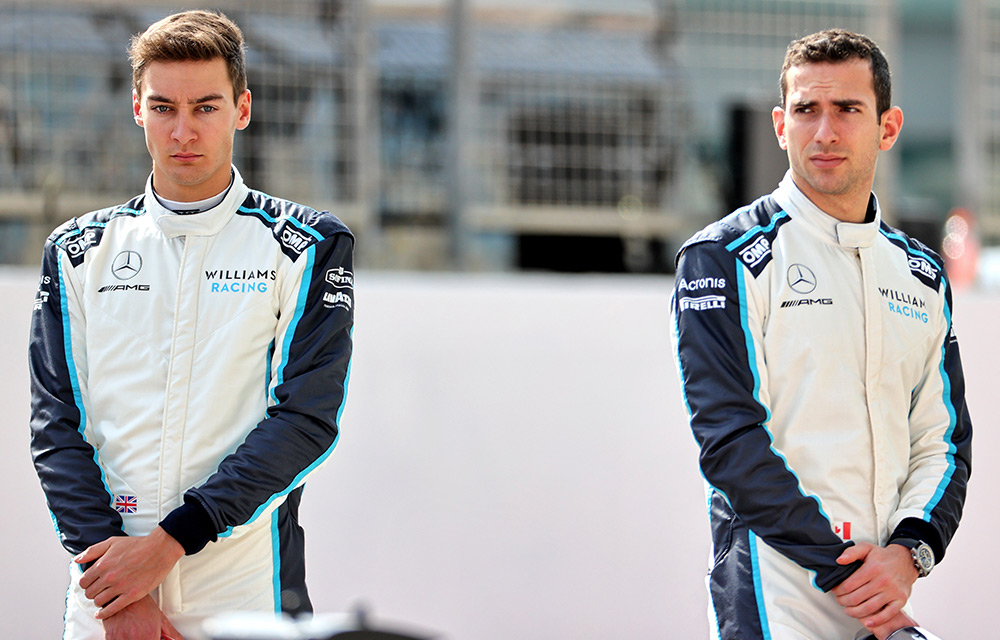 What was your favourite moment of Bahrain Day 1? Let us know in the comments below. 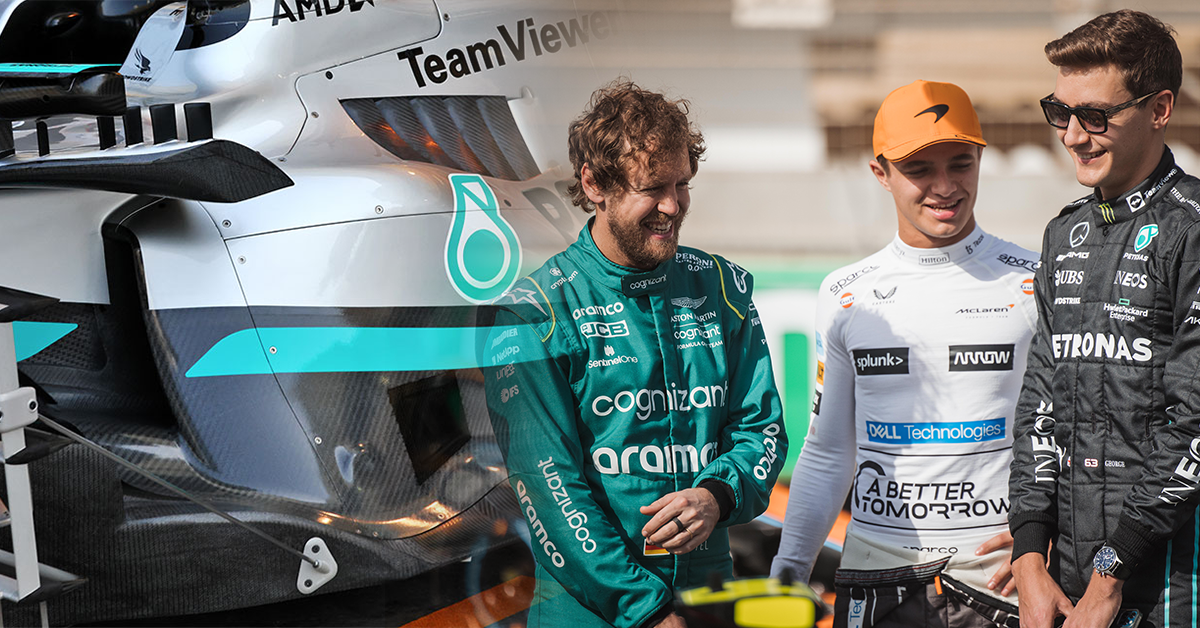