What Are The Longest Gaps Between Two F1 Podiums?

After a wait of over seven years, Fernando Alonso finally returned to the podium at the 2021 Qatar Grand Prix! With 146 F1 races between his last two top-three finishes, with Alonso having entered into 105 of them, he set a new record for most races between podium finishes.

We take a look at the drivers who’ve had the longest wait between two podium appearances!

Following grid penalties for Max Verstappen and Valtteri Bottas, Fernando Alonso was promoted to third on the grid for the Qatar Grand Prix. This was his first top-three start since driving for Ferrari at the 2013 Brazilian Grand Prix. The last time the Enstone-based team appeared in the top three on the grid was at the race before that, the 2013 United States Grand Prix, when Kimi Raikkonen’s Lotus started from the front row of the grid. 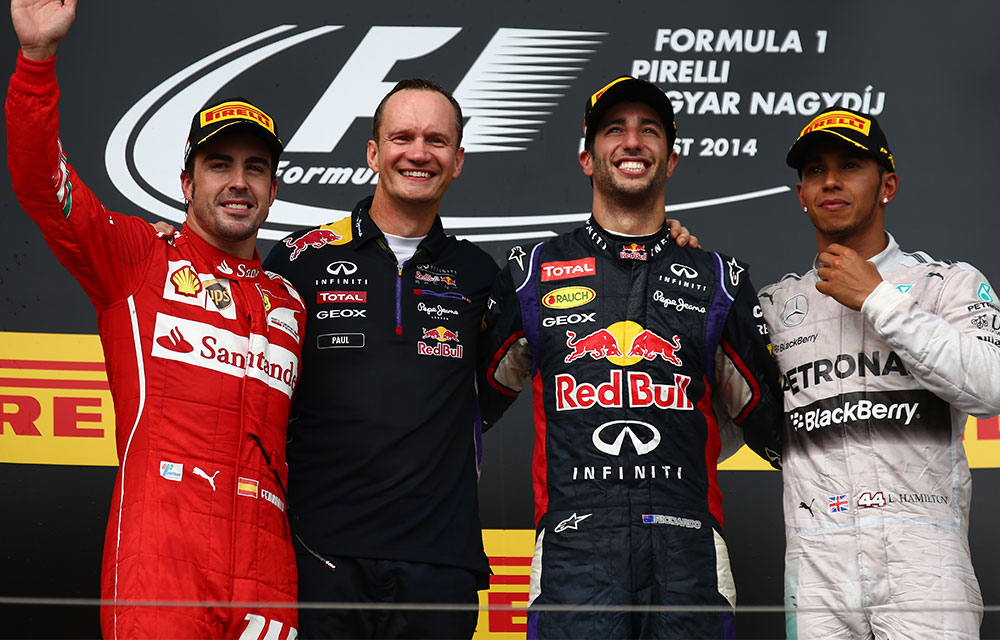 With a brave one-stop strategy, Alonso went on to finish where he started. It resulted in his first podium finish since the 2014 Hungarian Grand Prix, 2,674 days ago. The last time Alonso stood on the podium, he was joined by Daniel Ricciardo, who had just taken his second race win, and Lewis Hamilton, who was only a one-time champion at the time!

Alonso doesn’t quite hold the record for the longest gap in time between two podium results. That record still belongs to Alexander Wurz, who, until today, also had the record for most races between podiums. 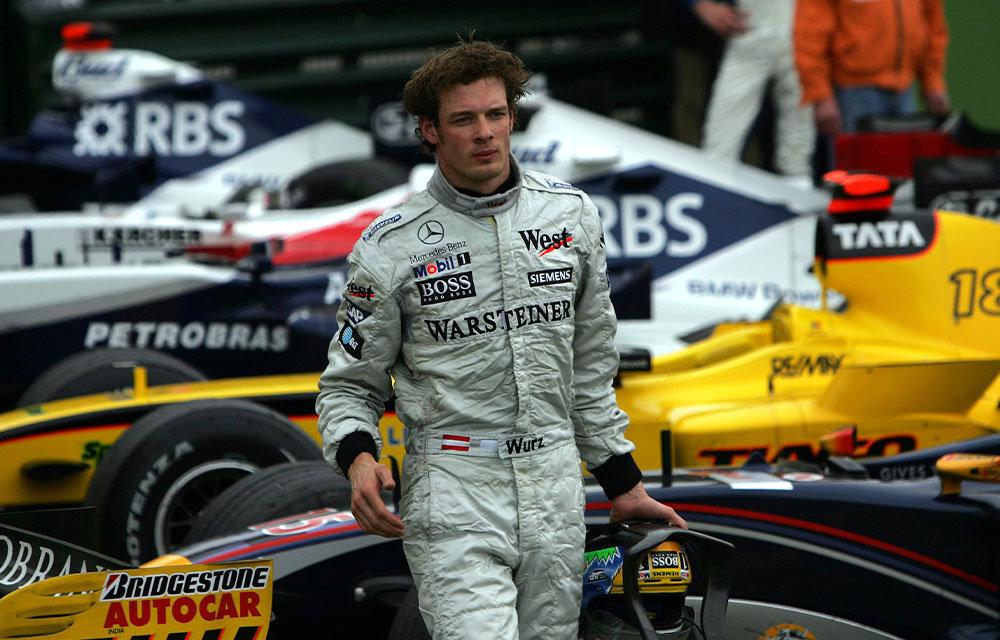 Impressively, Wurz scored his second podium on his return to F1 after a five-year absence. Stepping in at McLaren to replace Juan Pablo Montoya – who had suffered a mysterious tennis injury – Wurz finished fourth on the road. However, he was promoted to third following the disqualification of both BAR cars.

Until Alonso’s podium at the Qatar Grand Prix, Michael Schumacher was the only driver in his 40s to have finished on the F1 podium in the past 26 years. The last driver before Schumacher to finish on the podium in their 40s was Nigel Mansell, back at the 1994 Australian Grand Prix. 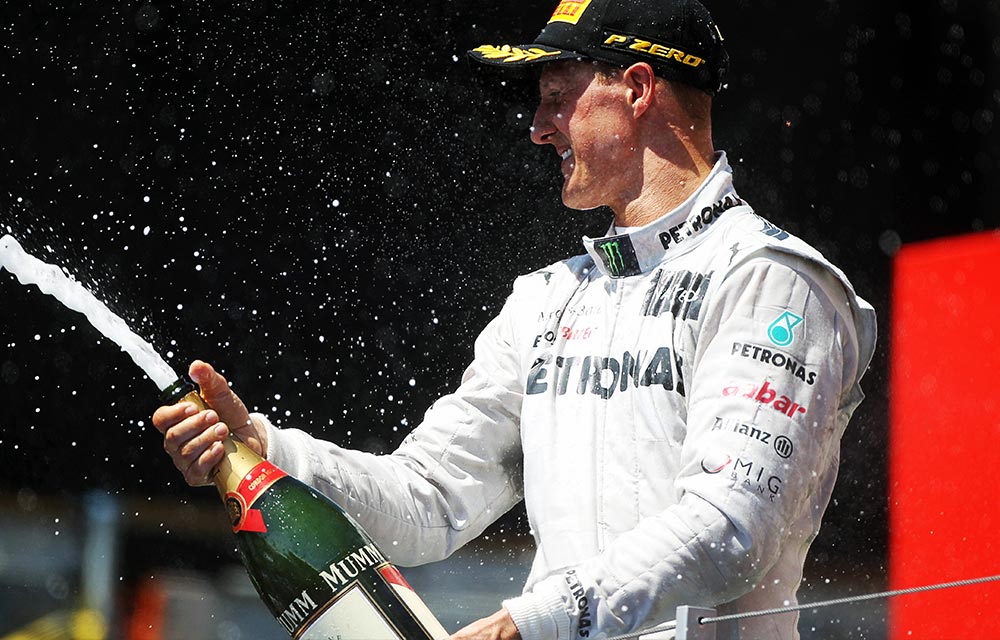 Schumacher returned to the top three with Mercedes at the 2012 European Grand Prix, recording his first top-three result since his 91st and final career win at the 2006 Chinese Grand Prix. It was Schumacher’s 155th podium finish – a record which stood until Lewis Hamilton took his 156th podium at the 2020 Spanish Grand Prix.

With his final top-three finish, Schumacher made Valencia Street Circuit the 27th different circuit he had finished on the podium. That’s a number which Alonso equalled today at Losail International Circuit, putting him fourth alongside Schumacher on that particular list!

What a drive, EL PLAN worked like a treat! 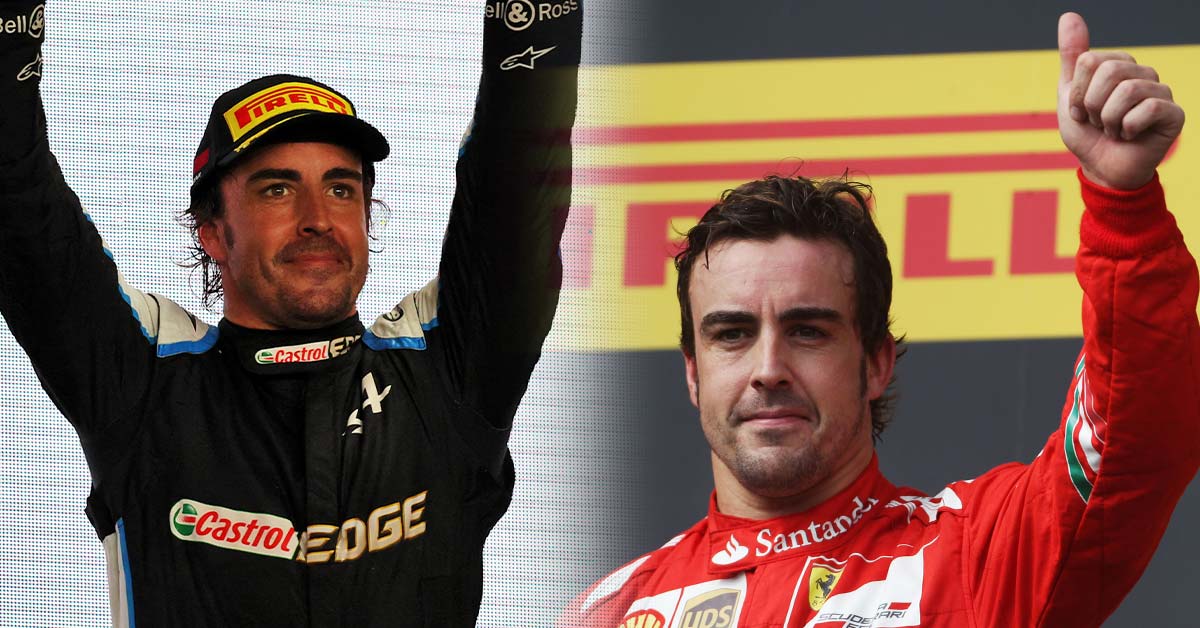