Zhou Guanyu has offered a rating for his rollercoaster rookie Formula 1 season at the end of a campaign that included points on debut, a terrifying crash, further top 10 finishes and a dose of misfortune.

Zhou stepped up to F1 with Alfa Romeo for 2022 as an F2 race winner and immediately showed his potential with a point at the Bahrain opener, which he added to with a run to P8 in Canada and P10 in Italy – along with two Q3 appearances.

READ MORE: ‘We got what we deserved’ – Zhou thrilled to see Alfa Romeo secure P6 at the end of ‘amazing’ rookie season

But there were also missed opportunities thanks to technical-related retirements in Miami, Spain and Azerbaijan, a dramatic Turn 1 exit in Britain and a race-ending collision with Williams rival Nicholas Latifi in Singapore.

Asked to look back on his up-and-down season, and give himself a rating out of 10, the Chinese racer said: “Seven, I think. That’s a reasonably okay score. 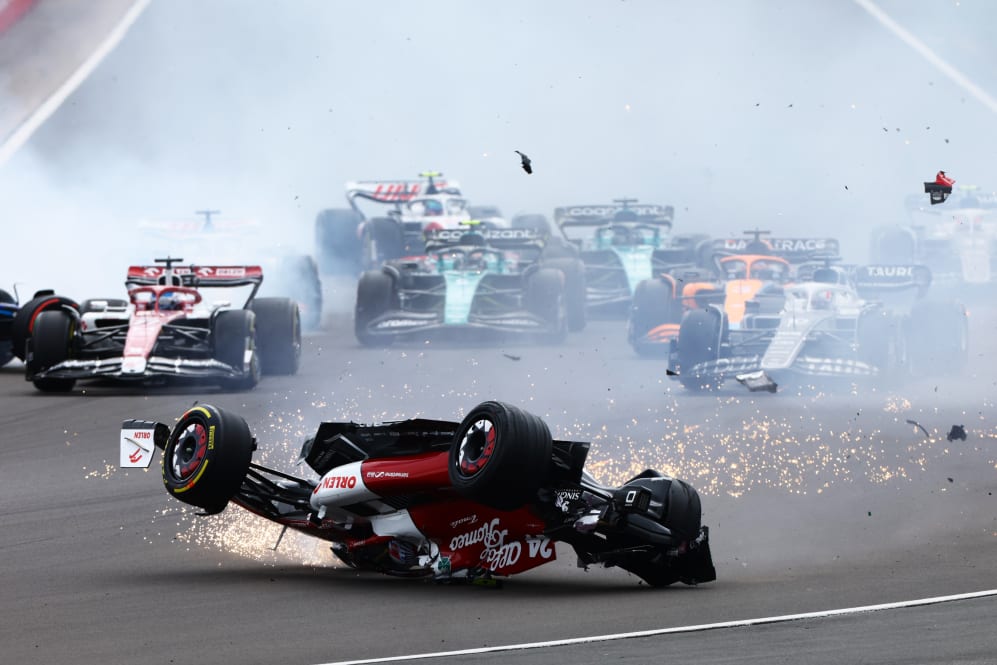 “I definitely wanted to achieve a bit more on paper. It’s no lie to say that [with] a few DNF occasions we lost around eight to 10 points, which hurt a bit.

“But then we were able to let the paddock, let the people see the ability of myself, so that’s the good side – the most important part.”

Zhou’s half a dozen points, along with experienced team mate Valtteri Bottas’s haul of 49, helped Alfa Romeo edge out Aston Martin for P6 in the constructors’ standings, with the 23-year-old adding that he was pleased to tick off his and the team’s pre-season goals.

“[We] achieved all the objectives we set at the beginning of the season… Q2, Q3, points. [I’ll be] making sure [it’s] a bit more consistent next year, and we should be good,” he concluded.