Mikel Azcona charged to his fourth victory of the season by dominating Race 1 at WTCR Race of Bahrain to lead BRC Hyundai N Squadra Corse team-mate Norbert Michelisz to an impressive 1-2 finish.

Azcona made a perfect start from pole as Michelisz rose from fourth to ride shotgun in second at Bahrain International Circuit. The pair moved clear of the field to control the race in style.

“It was easy enough,” admitted Azcona. “I made a very good start, that was the key of the race. I was a bit afraid of Berthon because we had seen in the previous races the Audis are quick and strong, fast in the straight. But very quickly I saw he was in some kind of problem so there was free space for me, so from this point it was just to see what the conditions were like in the night. The track was slightly better than in the morning because there was no sun and very low temperature, so from this point I had good management with Norbi.”

“I was very happy with my car,” said Michelisz. “In qualifying it was flawless which is one of the very rare occasions. As a driver you feel 100 per cent in control and I’m very happy because it was steady progress. But more importantly I am very happy for the team and for Mikel. He deserved the race win.”

In contrast, Berthon made a poor start from the front row and fell back into the pack. But the Frenchman was determined to make up his lost places and was back up to fourth at the end of the first lap, passing Attila Tassi’s LIQUI MOLY Team Engstler Honda on the pit straight.

Further back, there was plenty of action in the opening corners. At Turn 8, Nicky Catsburg was turned into a spin by a late-braking Franco Girolami. Gilles Magnus − who had started from the back after an engine change − was also an innocent casualty, his Audi picking up heavy damage to his right-front wheel in the contact.

Berthon was soon closing on Néstor Girolami, who was struggling for pace carrying 40 kilograms of compensation weight. Sure enough, Berthon passed the Honda on lap four for the final podium spot.

“Big mistake, it was my worst start of the year,” said Berthon. “I had a vibration which was appalling so I had to manage that. A lot of points lost. I would have loved to fight with Mikel. Congrats to him, no mistakes at all. We have to fight and come back stronger. We need to find some performance to come back at him.”

Girolami lost a further place to Tom Coronel on the road, but was still classified fourth because of a five-second penalty for the Dutchman who had pushed Tassi off the road under braking at Turn 10. Coronel was classified sixth once the penalty was applied, behind Catsburg who put in a great recovery drive following his lap-one spin.

Catsburg pulled off a number of great moves as he climbed through the field. He chased down Esteban Guerrieri’s Honda and passed the Argentinian on lap nine, then found a way around Mehdi Bennani on the outside of the Turn 10 hairpin. Bennani finished seventh behind Coronel, with Guerreri in eighth.

Franco Girolami battled hard to finish ninth on the road, but was docked 10 seconds for his contact with Catsburg and that dropped him to the back of the field. That allowed Tassi to claim the position having faded from his decent first lap. Wildcard Viktor Davidovski was classified in P10 on his WTCR debut, ahead of Dániel Nagy (Zengő Motorsport CUPRA), Tiago Monteiro (Engstler Honda) and Bence Boldisz (CUPRA). Zengő had chosen to start its drivers from the pitlane to avoid risking damage. 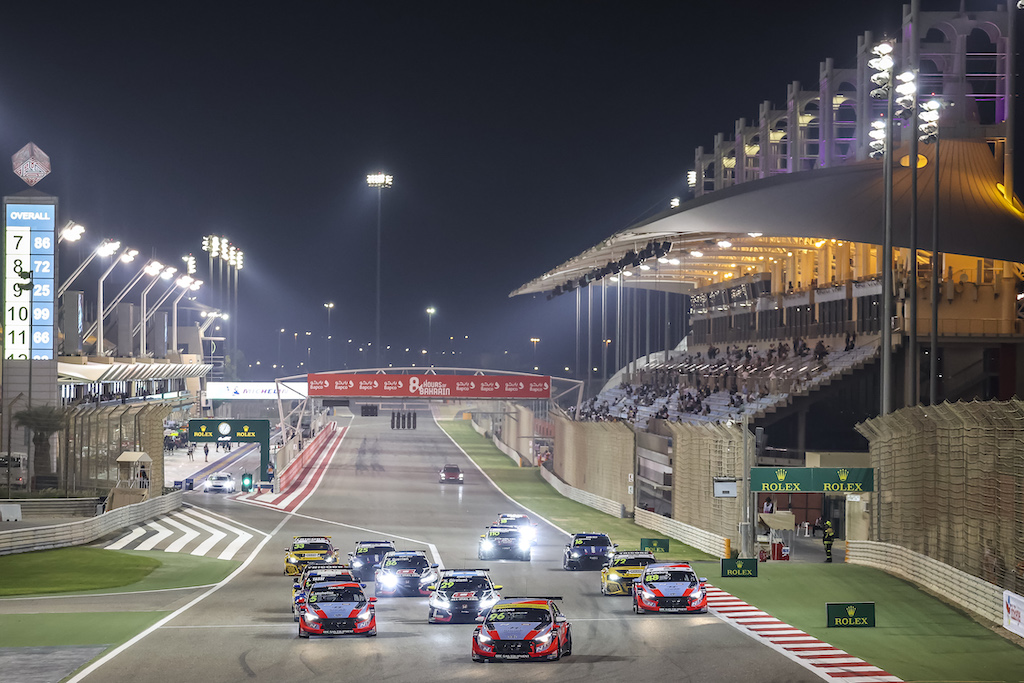