Sébastien Ogier sits on the brink of a record-breaking ninth Rallye Monte-Carlo victory after producing another faultless drive in the French Alps on Saturday.

Having built up a sizeable advantage of over half a minute on Friday, Ogier’s attentions switched to lead preservation as the Monaco-based fixture headed into the Alpes-de-Haute-Provence for six asphalt speed tests totalling 111.78km.

With today’s running order based on reverse rally classification, Ogier had to contend with the most polluted road conditions as gravel, rocks and mud were swept onto the stages by those running higher up the field.

Ogier, who drives part-time for Toyota Gazoo Racing, took a vigilant approach. He was in no mood for risk-taking and desperate not to repeat last year’s disappointment, where a sharp rock caused a late puncture which put the brakes on his victory bid.

But, as a result of his caution, the 39-year-old saw his buffer more than halved by charging GR Yaris colleague Kalle Rovanperä. He heads into Sunday’s finale 16.0sec clear at the top.

Ogier is confident he has enough time in hand but, with four treacherous stages still remaining, anything could happen. Victory here would put him top of the Rallye Monte-Carlo roll of honour, beating the record he currently shares with old foe Sébastien Loeb.

"I think it should be enough,” he said. “The last one was the most dangerous one for punctures so I took it easy and I am happy that stage is over now."

Reigning champion Rovanperä started strongly and won two of the morning’s three stages to put some distance between himself and Hyundai i20 N star Thierry Neuville.

Neuville responded by claiming two benchmark times himself, but a big push from the former under the darkness of Ubraye – Entrevaux left Neuville 16.0sec adrift of his rival in third.

Elfyn Evans made it three Toyotas in the top four with a solid comeback drive following his Friday puncture. The Welshman leapfrogged Ott Tänak in the day’s second stage and never strayed outside the top-three times for each test, ending 24.5sec off the heels of Neuville.

For M-Sport Ford returnee Tänak there were feelings of both relief and disappointment after a technical fault left his Puma with heavier steering than normal.

Although it left him unable to put up a fight against Evans, the flipside of Tänak’s issue was that the power steering did not fail completely – something he would have been dreading as there was no mid-leg service on the schedule.

Yaris youngster Takamoto Katsuta climbed to sixth overall after leapfrogging Dani Sordo on the first run from Le Fugeret to Thorame-Haute. Sordo, who now holds seventh, continued to feel puzzled by the lack of competitiveness in his stage times.

Eighth-placed Esapekka Lappi made overnight set-up tweaks and felt much more comfortable with his new i20 N. A rear-right puncture on SS12 was a minor source of frustration but, importantly, did not affect his overall standing.

WRC2 frontrunners Nikolay Gryazin (Toksport WRT2) and Yohan Rossel (PH Sport) both moved up the order in ninth and tenth overall respectively at the expense of Pierre-Louis Loubet, who retired with rear suspension damage after hitting a bridge on SS9. A faultless drive allowed the 25-year-old Škoda Fabia RS Rally2 star to stretch his advantage in the category to more than 45 seconds heading into the day’s final test. However, a front-right puncture around seven kilometres from the end of the stage saw Gryazin’s lead sliced to just 15.2sec over Citroën C3 driver Rossel, setting up a thrilling final day at the championship’s opening round.

In the WRC2 Challenger class, Spaniard Pepe López leads in a Hyundai i20 N Rally2, ahead of Czech Republic's Erik Cais in a Škoda Fabia RS and 2019 ERC champion Chris Ingram from Great Britain in a Škoda Fabia Evo.

Frenchman François Delecour is at the top of the newly renamed WRC Masters Cup class with a lead of over three minutes in a Škoda Fabia RS over Italy's Mauro Miele, the 2022 class champion, in another Škoda Fabia RS.

Sunday’s finale returns to the Alpes-Maritimes. The familiar Luceram / Lantosque opens proceedings and is followed by a re-run of La Bollène-Vésubie / Col de Turini, which crews have already driven in anger on Thursday evening. Both stages are repeated once again with the latter forming the Wolf Power Stage where bonus points are available.

The provisional results can be consulted here. 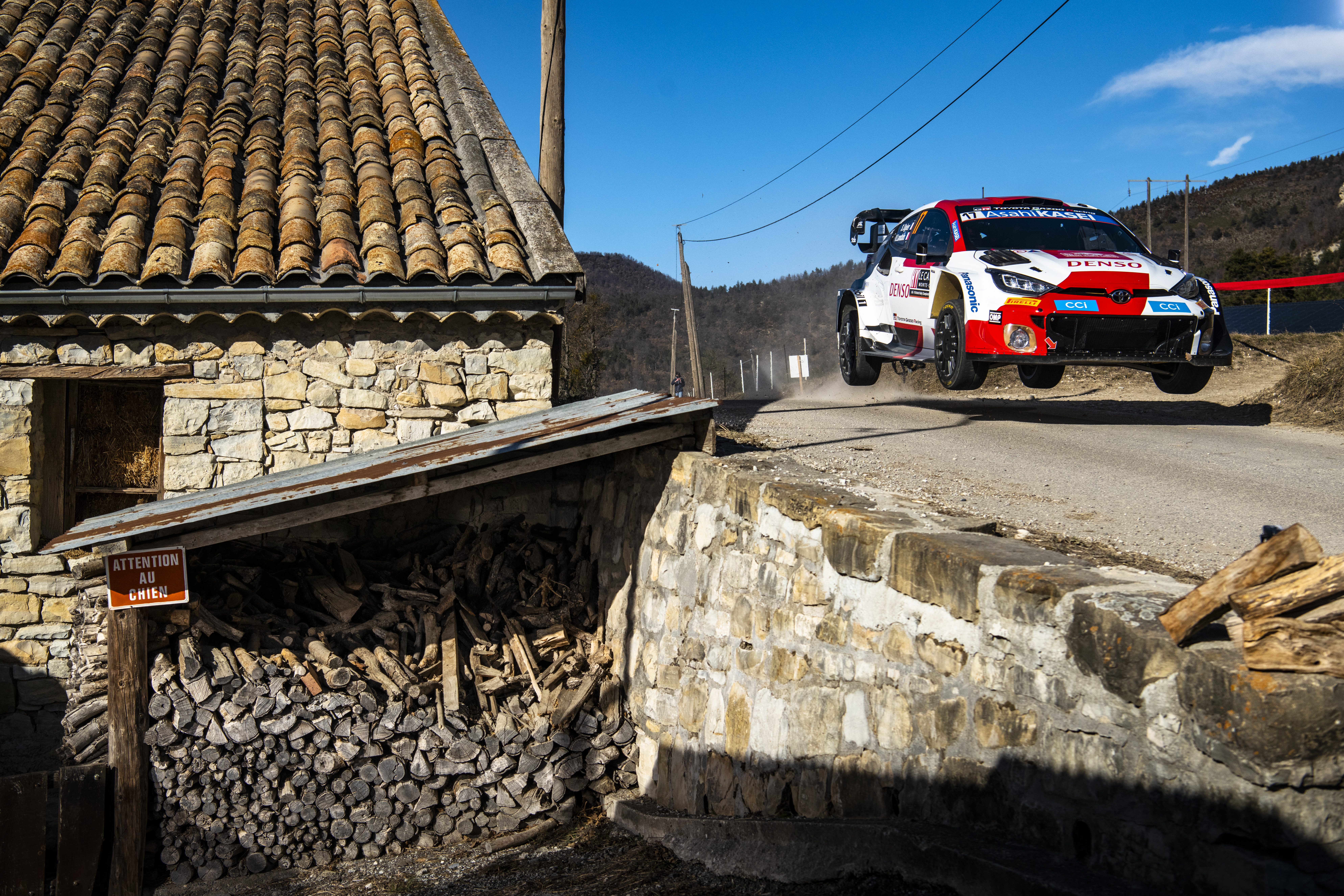