WRC - Neuville holds the advantage as Evans slips back

FORUM8 Rally Japan is set for a thrilling finale on Sunday as just four seconds cover the leading two crews in the chase for FIA World Rally Championship success.

hierry Neuville is in front for Hyundai Shell Mobis World Rally Team, but Elfyn Evans, the leader after Friday’s action, remains in firm contention for victory on the deciding round of the 2022 season.

Welshman Evans began Saturday’s penultimate leg with a 3.0s advantage over Neuville and underlined his intent by winning the day-opening 20.56 kilometres of Nukata Forest to stretch his lead to 5.9s. Neuville then outpaced his British rival by 1.2s on the following Lake Mikawako stage and closed to within 4.7s of top spot as Sébastien Ogier set the fastest time in his Toyota.

Evans was the quickest of the victory chasers through the single-use Shinshiro City stage, SS10, to return to midday service with a margin of 6.5s over Neuville, who reckoned his pacenotes weren’t as good as they could have been after setting the fifth fastest time.

But Neuville hit back on the re-run of Nukata Forest to close to within 3.9s of Evans by going second fastest through the stage behind pacesetter Ogier.

It would get even better for Neuville on SS12. Although Ogier was fastest again, Neuville outpaced Evans by 5.9s to take the overall lead by 2.0s heading to the day-closing Okazaki City superspecial. “It was actually not a very good run,” Neuville said afterwards. “I did a good stage but I had some real trouble with the diff spin. Luckily it was the last [long] stage of the day.”

Summarising Saturday’s action, which included a win on the Okazaki City test, Neuville said: “The day has been good for us, but it has been a challenging one. We have been struggling a bit with the balance throughout the day, but we got it better for the afternoon. Let’s see what we can do tomorrow.”

Evans, who had led from SS5 but now faces the prospect of finishing the 2022 season without a victory, said: “I’ve lost the feeling with the front of the car a bit this afternoon.”

Kalle Rovanperä endured a tough second day on Toyota’s home round of the WRC. The Finn, co-driven by countryman Jonne Halttunen, was 2.1s adrift of second place at Friday’s overnight halt, but damage to a front-right wheel on SS8 – the result of his Yaris striking a rockface – caused a puncture. A further impact on SS9 damaged their lone spare wheel and triggered a significant time loss as the world champions battled through the morning loop to reach midday service at the Toyota Stadium.

“There was something on a right-hand corner where we got a bit close but it was not a big hit,” he said after SS9. “I have no spares and the car is not 100 per cent on the right corner. It’s not working and turning in as well as it should.”

With his car repaired, Rovanperä headed into the afternoon loop in 12th overall but more than five minutes off the lead having also incurred time penalties for running out of order. However, with his focus switching to car set-up work, the 22-year-old was unduly concerned by his lack of pace this afternoon.

Rovanperä’s misfortune elevated Ott Tänak into third overall with home hero Takamoto Katsuta a fine fourth ahead of Ogier, who dropped out of the lead fight after picking a puncture on Friday’s first stage.

Katsuta, one of the most consistent performers in this year’s WRC, was third fastest on SS10 having found SS9 “very, very slippery”, adding: “I had no info about the end of the stage. I could not drive like this.”

Gus Greensmith is the leading M-Sport Ford World Rally Team runner in sixth, although the Briton had been hampered by a powersteering issue earlier in the day. After crashing out on Friday morning, Craig Breen restarted in the second Ford Puma Rally1 and set a succession of top-six stage times alongside new co-driver James Fulton.

Emil Lindholm’s hopes of winning the FIA WRC2 title remain strong after he moved into the category lead following a delay for Sami Pajari. After Teemu Suninen was handed a time penalty for a reported technical issue, Grégoire Munster climbed up to third in class and just 12.6s behind Pajari, who adopted a cautious approach to the day’s stages. The provisionnal classification can be consulted here. 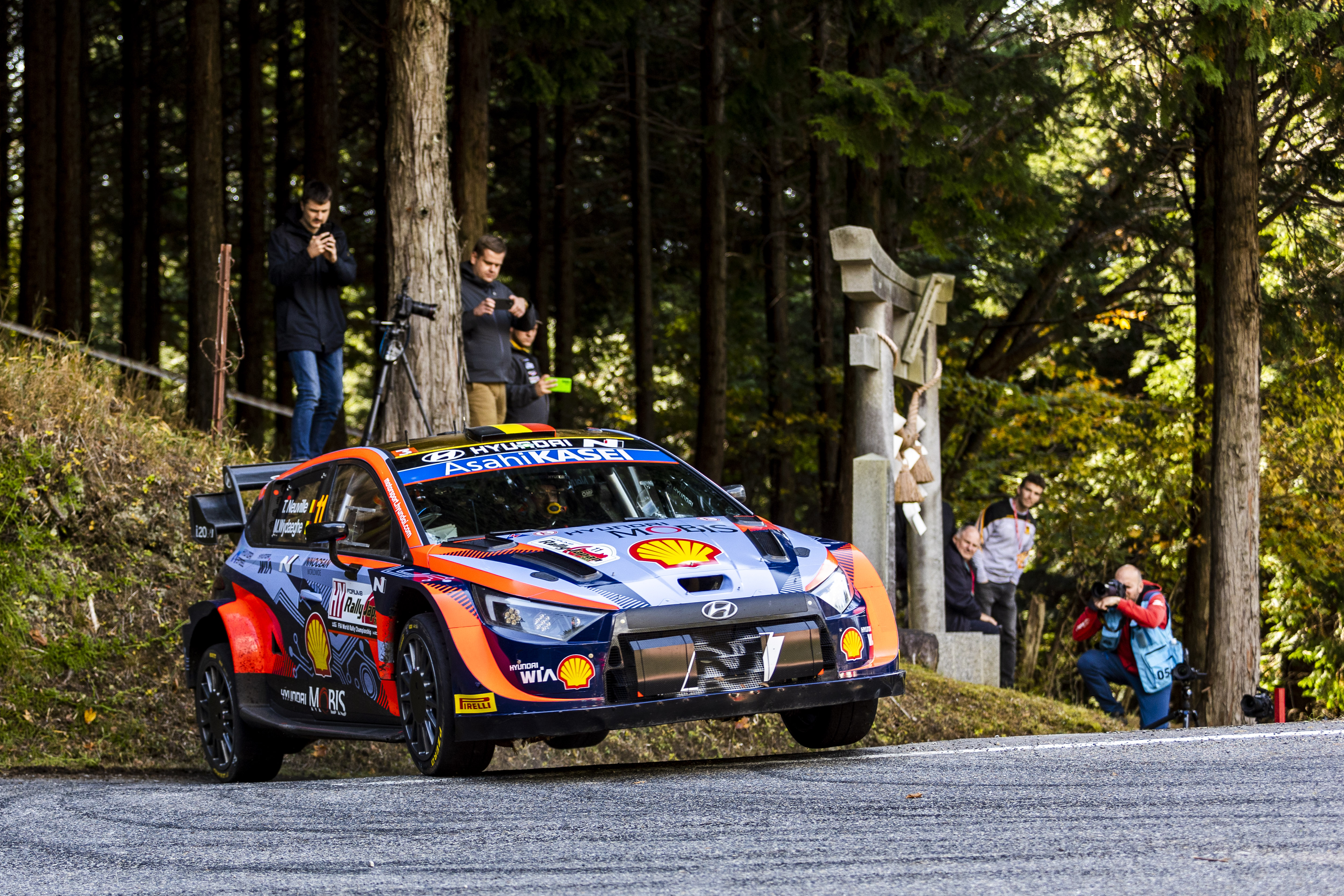