The Toksport WRT crew looked on track to claim the category victory in Japan along with the WRC2 title only to be usurped in the penultimate stage by a drive for the ages from Grégoire Munster.

In streaming conditions, the Luxembourger threw caution to the wind with his Hyundai i20 N Rally2 - going through 1min 17sec quicker than Lindholm to climb from third to first. Lindholm knew a top-five finish at this final round would be enough to seal the title and so drove his Škoda Fabia Rally2 accordingly in the closing kilometres. The cautious approach saw him slip behind Teemu Suninen's i20 and finish third, but it was no matter - the job was done.

“Honestly, it will take a while to sink in. We have had difficult times but I am so grateful for the people who have continued to support us. It finally seems to be paying off,” exclaimed the 26-year-old Finn.

“I wouldn’t have done it without my co-driver next to me. I think it was the most difficult rally for the both of us,” smiled Munster, who also thanked his mechanics for their efforts in fixing his car after a big impact on Thursday's Kuragaike Park super special stage. Also falling down the order on Sunday was Fabia youngster Sami Pajari. The Finn started the leg in second overall but chose the wrong tyres for wet conditions and consequently tumbled to fifth behind former F1 race winner Heikki Kovalainen.

Another champion was celebrated as Italy's Mauro Miele won the WRC2 Masters Cup with Luca Beltrame at his side - clinching the overall title by four points over Armin Kremer. 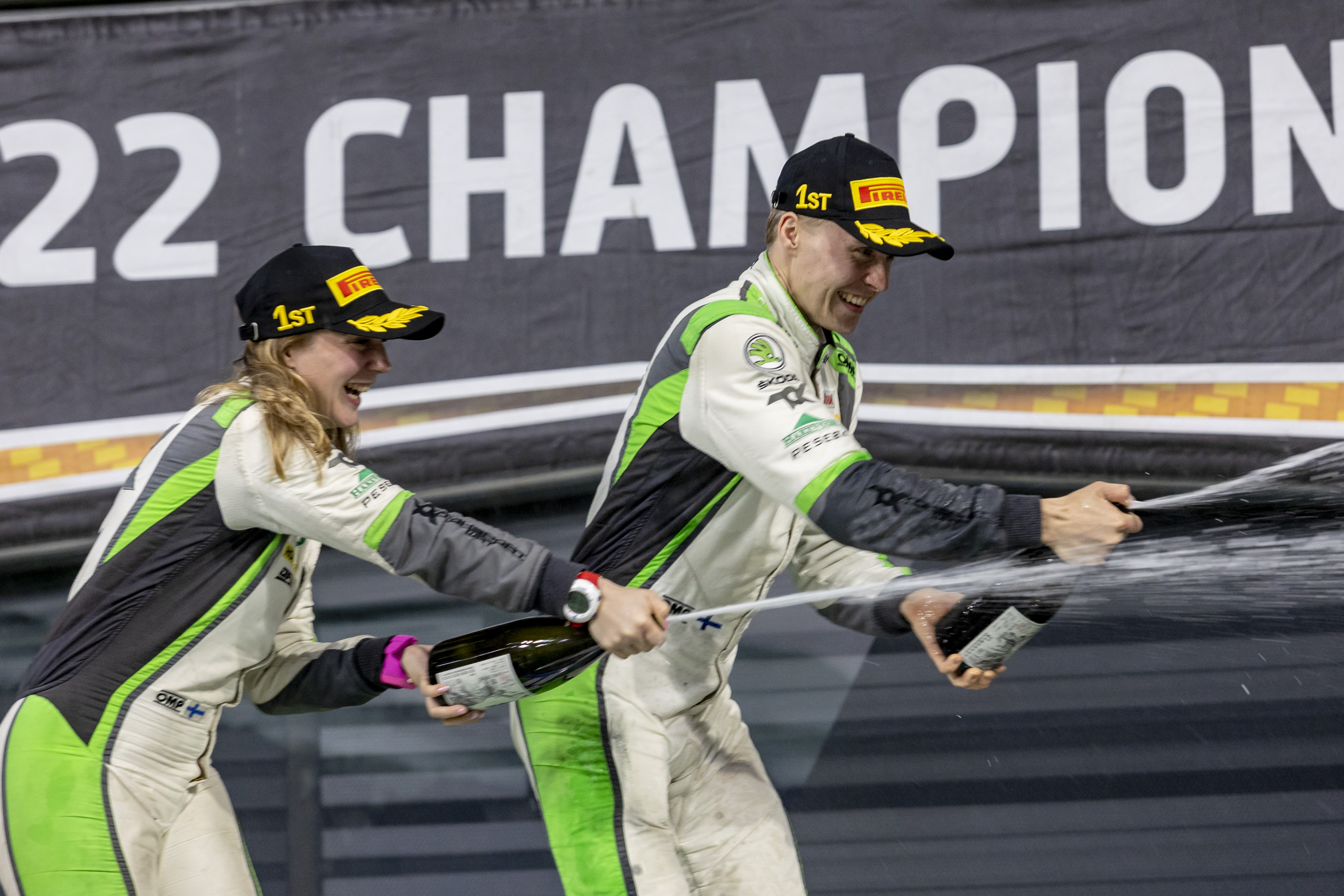