WRC - Evans on top at Rally Japan as battle intensifies

Elfyn Evans remained the FORUM8 Rally Japan leader on Saturday morning - but main rival Thierry Neuville is not giving up without a fight.

The pair started the penultimate day only three seconds apart and Evans, who held the overnight advantage, kept his hands firmly on the top spot as he and Neuville traded blows.

A stage win through the opening Nukata Forest moved the Toyota GR Yaris star 5.9sec clear but Neuville, driving a Hyundai i20 N responded immediately to pull back 1.2sec on the very next test.

The honours went back in Evans’ favour on the wide and fast Shinshiro City blast and he returned to the mid-leg service with 6.5sec in hand.

So hot was the pace of the duelling duo, they left the rest of the field floundering - with Ott Tänak climbing to fill the final podium spot a hefty 20.4sec behind in his Hyundai.

"It's not been too bad really," mused Evans. "It's always hard to strike the right balance on a rally like this but it seems to be going okay so far. Let's see what the afternoon brings."

Tänak’s ascent into the top three came at the expense of Yaris hotshot Kalle Rovanperä, who ran wide on a left-hander in SS8 and clouted a rock face. The impact caused a puncture which he and co-driver Jonne Halttunen had to change.

Rovanperä suffered more drama on the next stage when an impact buckled his only spare wheel, leading the Finn to bolt the deflated tyre back onto the car for Shinshiro City to prevent further damage to the bent rim before the 50 kilometre jaunt back to service.

A podium on home soil would be the dream result for Takamoto Katsuta, also driving a Toyota. Finding SS9 unexpectedly slippery, he ended the loop 18.7sec adrift of Tänak and remains poised to pounce should there be any trouble up ahead.

After haemorrhaging time with a broken driveshaft on Friday, Gus Greensmith took a cautious approach in his M-Sport Ford Puma. He held fifth ahead of Katsuta’s team-mate Sébastien Ogier - winner of the day’s opener. 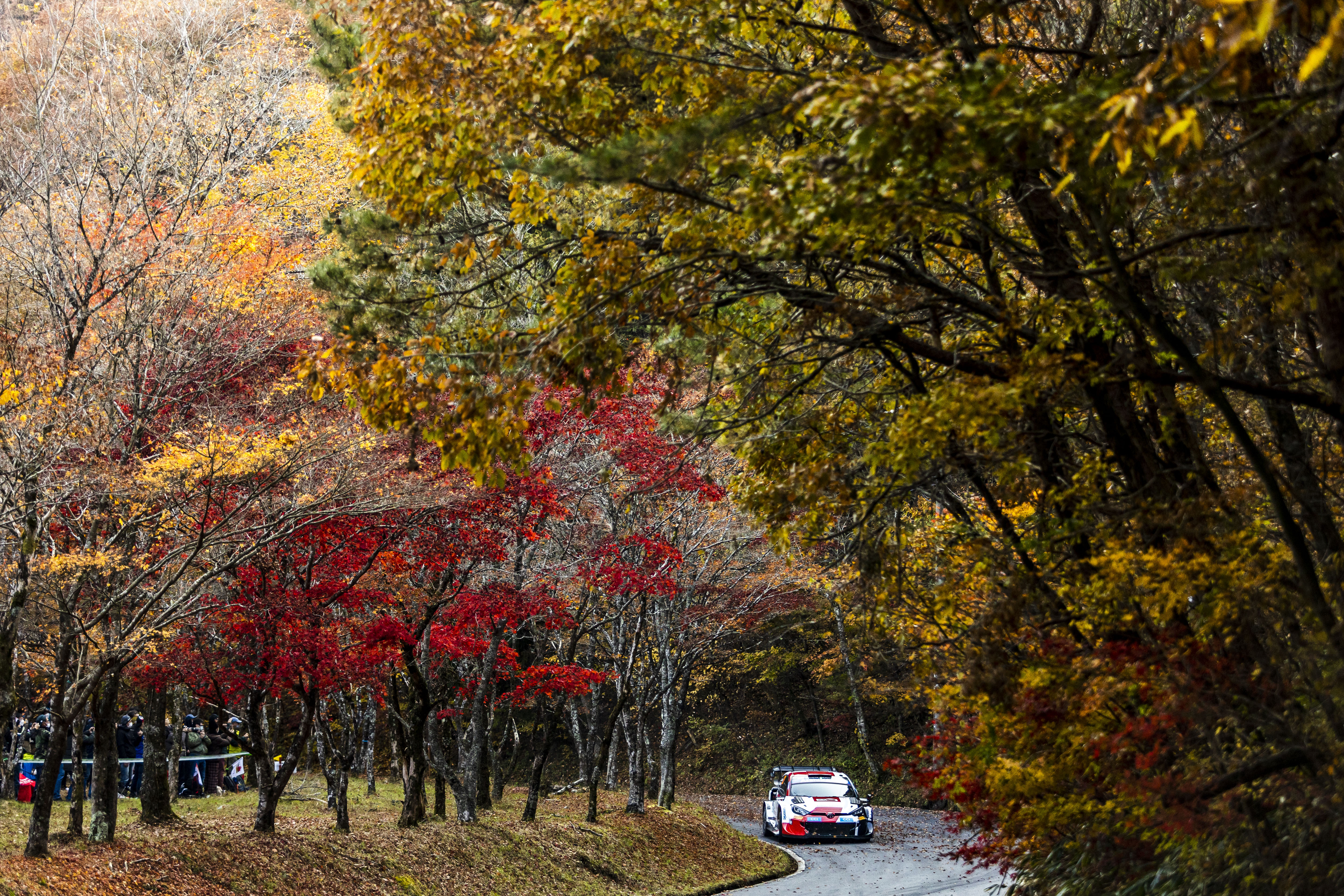