Formula 1’s most historic team is seeking its first win in over two years. And its most successful driver is still striving to become the first person ever to win eight world championships.

Here are the key statistics ahead of the 2022 F1 season.

When the five red lights go out and the first race of the new season begins in Bahrain on March 20th, 910 days will have passed since the last time a Ferrari won a race. Sebastian Vettel scored the team’s 240th win in the 2019 Singapore Grand Prix, but it’s been slim pickings ever since.

In the meantime, six other teams have won races. Mercedes and Red Bull have swept the majority, while McLaren, Alpine, AlphaTauri and Racing Point (now Aston Martin) have taken one each. 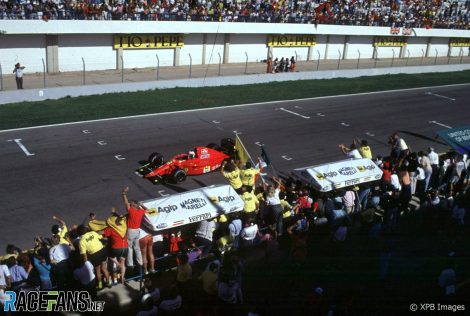 Even if Ferrari fail to win again this year, they won’t equal their last longest losing streak. The team went 1,400 days between Alain Prost’s victory in the 1990 Spanish Grand Prix and Gerhard Berger’s triumph at Hockenheim four years later. But having seen Charles Leclerc come within three laps of winning at Silverstone last year, the team will be desperate to finally taste glory once more this year.

If Leclerc was frustrated at Silverstone, it will have paled in comparison to Lewis Hamilton’s emotions after Abu Dhabi, when a record eighth championship slipped out of his grasp on the final lap of the race in deeply controversial circumstances.

The Mercedes driver kept his feelings to himself in the weeks which followed, only re-emerging on social media last weekend. That will have come as a relief to many of his millions of fans who might have wondered whether Hamilton couldn’t stomach the thought of returning to race in F1 after the questionable call which ultimately decided the championship.

Now Hamilton has a second chance to clinch a title which would move him ahead of Michael Schumacher and cement his sole position as F1’s most successful driver of all time. Whether Mercedes have produced a car which is competitive enough for him to do that, and whether he can see off the threat of new team mate George Russell, promises to be one of the most gripping storylines of 2022.

Russell’s arrival at Mercedes means for the first time in a decade a team will begin a season with two drivers of the same nationality. Mercedes also did so in 2012, with Michael Schumacher and Nico Rosberg, and McLaren did likewise the same year, with Hamilton and Jenson Button. 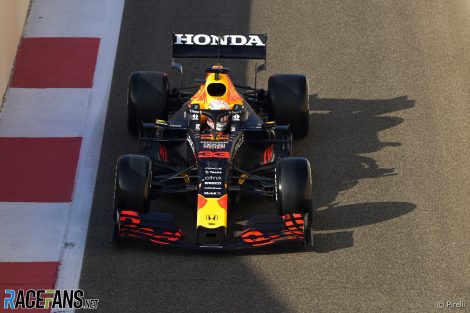 Verstappen is swapping 33 for 1 this year

As Hamilton preferred to stick with his number 44 after winning the title, and 2016 champion Nico Rosberg did not return to defend his crown, the number one was last used by Sebastian Vettel following his 2013 title win. It did occasionally appear on Hamilton’s car in practice seasons at Yas Marina for promotional reasons, though his race car continued to carry the number 44.

Liberty Media continues to push the grand prix schedule to the limit, adding ever more races in the pursuit of greater income. The 2022 F1 calendar features 23 rounds, a record.

In the third year since the Covid-19 outbreak, the schedule now resembles a more conventional kind of calendar. The series plans to race in Australia, Canada, Japan and Singapore for the first time since 2019 – all races which were cut from last year’s championship. Only China is the final regular venue yet to return to the schedule.

However the season also has its earliest conclusion since 2010, as all 23 races are due to take place before the end of November. There will be little let-up in the intensity of the coming season, therefore, with two pairs of triple-header weekends coming after the summer break.

Alonso – Founding member of the 350 club 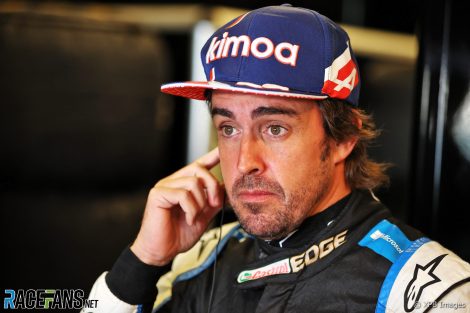 How long will Alonso race on for?

Kimi Raikkonen became the most experienced driver in Formula 1 history with his 323rd start at the 2020 Eifel Grand Prix, breaking Rubens Barrichello’s near decade-old record. The marker now stands at 349 starts following Raikkonen’s retirement at the end of last season.

That record should fall again this year, to Raikkonen’s former team mate Fernando Alonso, who is due to make his 350th start at the Russian Grand Prix in September. He will also turn 41 this year, but has indicated he may continue racing. Could Alonso become the first driver to reach 400 starts?

Two other drivers will hit their milestone 300th race start this year if all goes to plan: Hamilton and Sebastian Vettel, both of which made their F1 debuts six years after Alonso, but, unlike the Alpine driver, have raced every season since then. 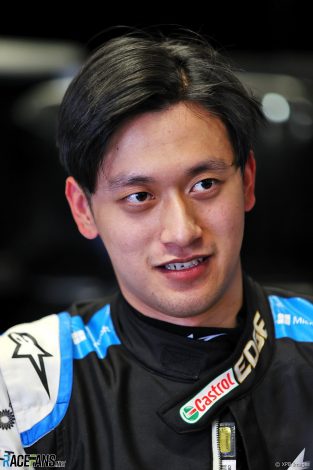 China may not have a round of the world championship but, for the first time ever, it has a driver. Guanyu Zhou, a 22-year-old racer from Shanghai, is also the only rookie on the grid this year.

His arrival at Alfa Romeo comes after Antonio Giovinazzi is shown the door. F1 is therefore without an Italian driver once more, as was last the case in 2018.

Assuming the schedule goes ahead as planned, drivers will reach the following milestones for grand prix starts and race weekend participations: