A host of new names will also join the WEC this year including former Formula 1 drivers, Antonio Giovinazzi and Jacques Villeneuve.

The 2023 FIA WEC season will see a total of 38 full-season entrants from 12 different countries plus a record number of teams competing in the Hypercar and LMGTE Am categories.

The introduction of the Hypercar class in 2021 has ushered in a new golden era for the WEC, with multiple manufacturers (Cadillac, Ferrari, Glickenhaus, Peugeot, Porsche, Toyota and Vanwall) pledging their support to the series. Over the course of the last 12 months year the WEC Hypercar field has more than doubled with a total of 13 entries in 2023 (going up from six in 2022).

The 2023 entry list looks stronger than ever – global manufacturers are coupled with world-class teams and motorsport powerhouses such as Penske Motorsport. On top of that is an impressive roster of drivers who have vast experience from various motorsport disciplines.

The 11th season of the WEC will also be memorable as the 24 Hours of Le Mans – the jewel in the WEC calendar – is set to celebrate its centenary year. The championship also returns to North America, Europe, the Middle East and Asia as part of an expanded calendar of seven races for 2023 (Sebring, Portimao, Spa-Francorchamps, Le Mans, Monza, Fuji and Bahrain).

Richard Mille, FIA Endurance Commission President, said: “The sheer number of entries across the field underlines the growth and appeal of the FIA World Endurance Championship year on year. The Hypercar class has reached the point that we envisaged in the early days of developing this concept, with 13 entries from seven different automotive brands. The LMP2 class continues to be a highly-competitive platform, while the move to a single GT class is a step in the right direction that lays the right foundations for the future of GT racing in the world’s premier endurance series. I’m convinced that 2023 will mark the beginning of a new golden era in the history of the FIA WEC.”

Pierre Fillon, President of the Automobile Club de l’Ouest, said: “The FIA World Endurance Championship is about to embark on one of its most thrilling seasons ever. Seven manufacturers are lining up on the 13-car Hypercar grid. The season comprises the 24 Hours of Le Mans Centenary, eagerly awaited by motorsports fans all over the world. See you at Sebring on 11 March for the Prologue to this fantastic season.”

Frédéric Lequien, CEO of the FIA World Endurance Championship, said: “It is truly fantastic to see the WEC and sportscar racing overall going from strength to strength. I’d like to take this opportunity to offer a very warm welcome to our friends at Cadillac, Ferrari, Porsche and Vandervell who join our Hypercar class this year - it’s a huge honour to have so many global car manufacturers committing to the WEC and putting their trust in our championship. It’s also very encouraging to see strong entries in LMP2 as well as a record LMGTE Am field too – the WEC is shaping up for its best season to date.” 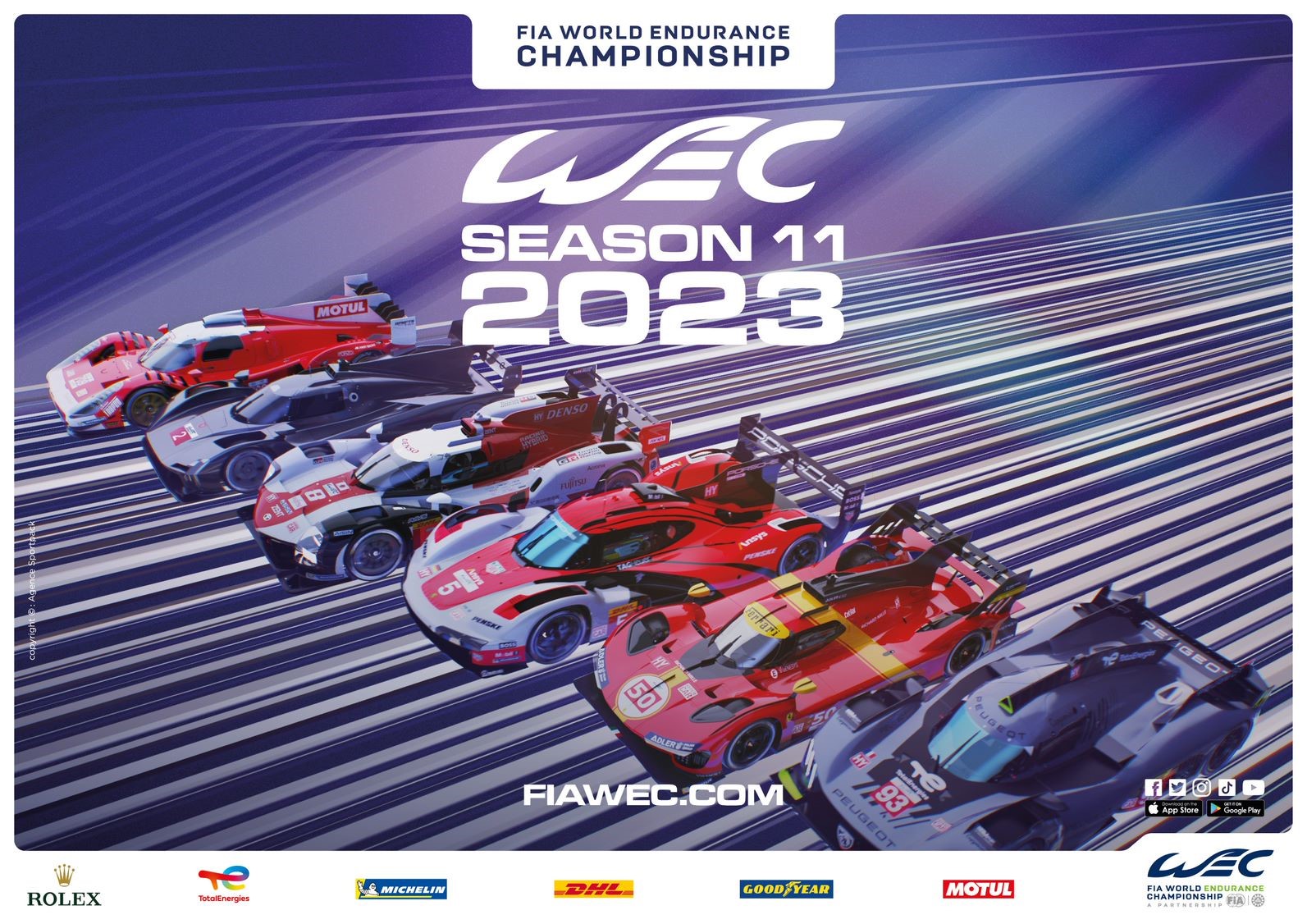