We can’t wait for the 2022 season to finally get underway. The arrival of the new cars has seen some teams choose to stick with their line-ups, whilst there have been plenty of major driver changes elsewhere on the grid. But who is going to come out on top?

They say the only fair comparison between drivers is to their teammates. Equal machinery means it’s down to them to show off their talents,  or lack thereof.  So that’s exactly what we’ve done here at WTF1.

Nearly 90,000 of you responded to our  Twitter poll  asking you to decide which of the 2022 teammates will finish higher this season?

We’ve all been waiting for this line-up; Lewis Hamilton versus George Russell. But despite the hype around Russell and making his step up to the big time, fans still have faith in seven-time champ Hamilton as he dominated the fan vote.

Poor Checo! Despite the Mexican Minister of Defence’s best efforts, this one was no contest. An overwhelming 95% believe reigning champion Max Verstappen will be the better of the two.

Separated by only 5.5 points in the Drivers’ Championship last year, it should come as no surprise that the close on-track battle between Carlos Sainz and Charles Leclerc continues amongst fans.

It’s Carlos Sainz that has come out ahead of Leclerc, though! Do you agree with the fan vote?

When Danny Ric moved to McLaren last season, 77% of fans thought he’d beat Lando in his first year. However, after a bit of a nightmare season, the fans have changed their opinion of the Aussie and think Norris will beat him again this season.

Despite sealing his first F1 win last year, fans still think Esteban Ocon will be second-best to Fernando Alonso this season. The two-time champ did manage a podium in Qatar in 2021 and has high hopes for Alpine with the new regulations.

There wasn’t so much of a battle at AlphaTauri last season, as much as a one-sided knockout. Once again, fans think Pierre Gasly will be the lead at AlphaTauri and Yuki will still be the number two at the team.

There is still a big belief in Sebastian Vettel. After a bit of a rollercoaster ride in 2021, fans still think he will be the better of the Aston Martin duo.

A familiar face has returned to the grid, albeit for a different team. Despite having a year away, fans still think Albon will beat Latifi, although he’s about to start his third consecutive year with the team.

Moving over Mercedes, Valtteri Bottas needs to use all his knowledge and experience to help Alfa. He’ll be joined by new kid on the block, Guanyu Zhou, who’s making history as China’s first full-time F1 driver.

Schumacher and Mazepin are back together again for 2022. Mick outqualified Mazepin 20 to 0, reaching Q2 twice in France and Turkey and finishing ahead of his teammate 16 times in the 21 races they competed in. While neither driver scored points, 94% predict Schumacher will end the season above his teammate.

Do you agree with these results? Let us know in the comments below. 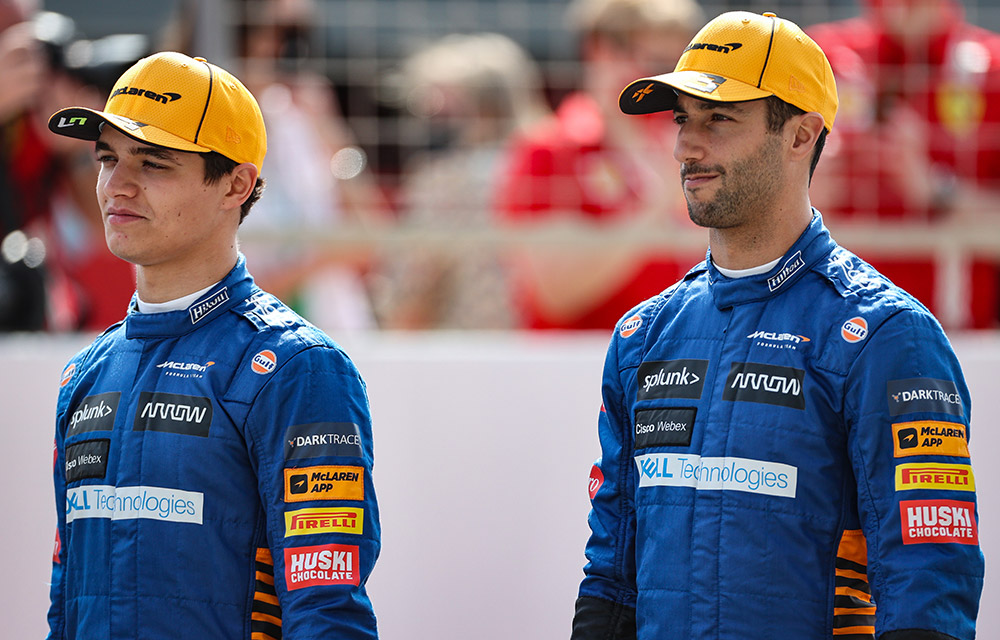