There are few bonds in the paddock as strong as Sebastian Vettel and Mick Schumacher, and it sounds as if Vettel was as happy as we were to see Schumacher battling with Max Verstappen and finally getting that points finish!! YAAAS  👏

Mick finished the race in P8; his first-ever points finish in F1! Verstappen, who was in contention for the victory early in the race, soon developed a bodywork issue that Red Bull was unable to fix. The pair battled in the race’s closing laps, and Schumacher even challenged the Red Bull in the final corner but ultimately had to settle for eighth.

“I was very happy for him,” Vettel told F1TV. 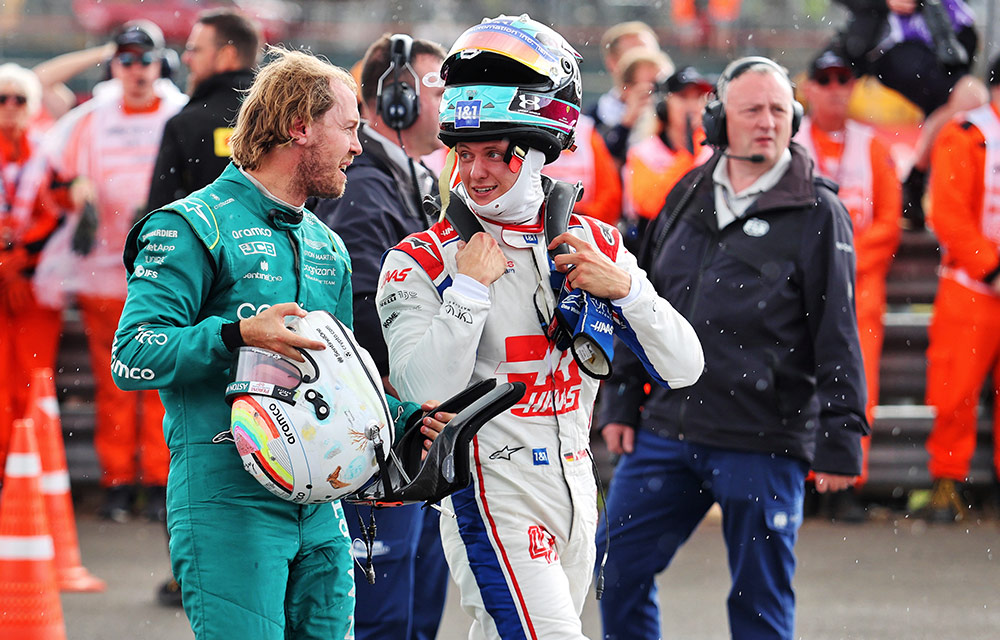 “I saw what happened, and I saw that he was closing the gap, and I was actually screaming inside the car like ‘GO MICK!, GO MICK!’

“So, no, I’m very happy for him. I think it has been a long time since he deserves the result, and it’s great to get it, so yeah, when I saw him coming after the restart, I knew that both Max and him on the soft tyres I couldn’t really resist, but there wasn’t really much point to fight much back.

“I thought maybe I’ll get him at the end, but they were too quick, and it was actually entertaining to see them going for it every time into Turn 15. It looked like you were side by side. Also, into Turn 6, I think sometimes, down the Wellington straight.”

After a challenging qualifying yesterday, today was a great performance from Schumacher.

Do you think this is the start of a luckier streak for the Haas driver? 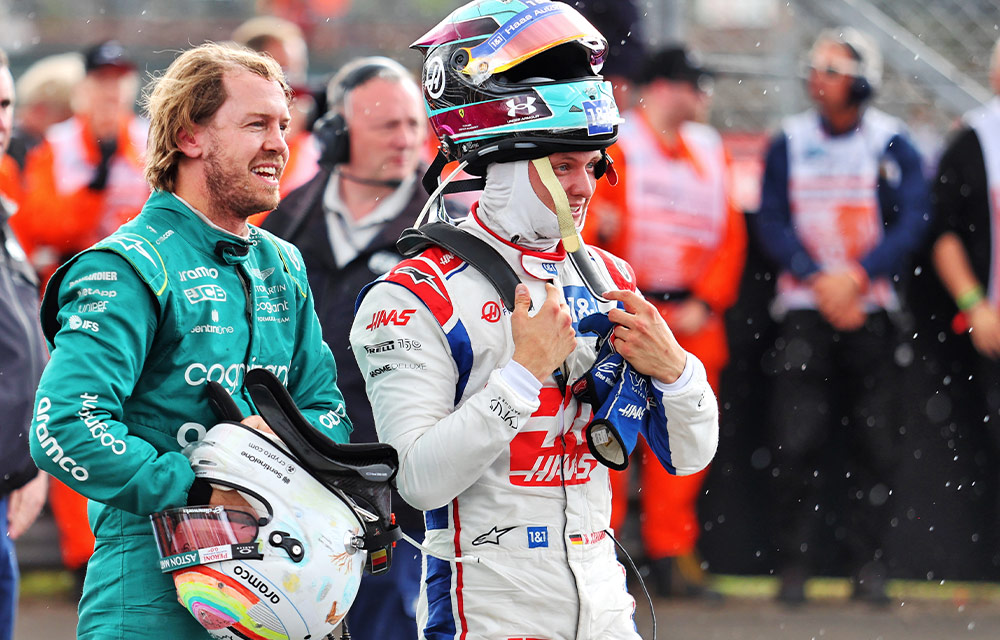