Honestly, if this happens, it’ll break Twitter. We could soon be seeing our favourite part-time F1 driver and full-time streamer teaming up with the friendly neighbourhood Spiderman.

Tom Holland, who plays the web-shooting superhero, is a massive fan of F1 and, in particular, Lando Norris.

During an interview promoting his new film Uncharted ( based on the video game of the same name ), the actor hinted at a possible Twitch stream collaboration of the two of them playing the game.

It’s no wonder fans want to see the two British superstars team-up. Many have joked on social media about how remarkably similar the two are, especially after Lando recreated Tom’s infamous pants-less video interview when accepting his BRDC Trophy last month

And even McLaren got in on the action at last year’s Monaco GP, blasting the Spiderman theme tune out when the actor walked past their garage.

However, Lando’s got competition to be Tom’s favourite F1 driver. Whilst out in LA a few weeks ago, the 25-year-old had dinner with Lewis Hamilton, who was training over in the States.  Yes, we’re jealous.

Unsurprisingly, he was full of praise for the seven-time champion.

“I’m always so interested to sit down with him and talk to him about his world, his job, what he has to go through to be the best and to push himself to the limits,” Holland added.

“He really is an inspiration, that guy. I don’t think I’ve ever met anyone with a work ethic quite like him. Also, the way he handled what happened at the end of the season, he lost with such grace, and he was a real role model.”

Who would be your dream driver x celebrity collaboration? Let us know in the comments below. 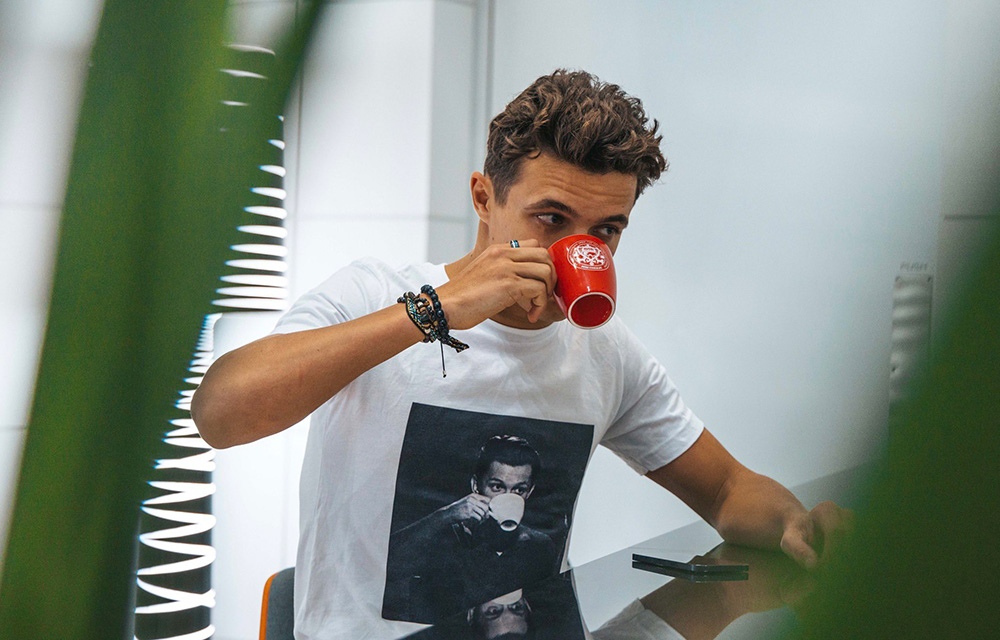