‘There’s no limit to what we can do’ – Hamilton on fighting back, ‘best friend’ Wolff, and changing the world

Lewis Hamilton is a force of nature. The Briton has had the most challenging 12 months of his career, a period which began with missing out on what would have been a record eighth world title on the final lap of the final race of 2021, and could end with him enduring the first winless campaign of his illustrious career.

And yet, he is not letting it get him down. Rather than pondering an exit and calling it quits, the losses are only serving to re-energise him as he considers the next chapter.

“In terms of my physical wellbeing, I feel the best I’ve physically ever been because I’ve been really focused on that as you get older,” says Hamilton, when we sit down before lunch in the Mercedes motorhome. “I’m generally loving driving so I’m working on a plan. I can’t tell you what that is just yet, but there is no limit to what we can do.

“I want to be creative and continue to do all the other things I get to do. I get to be myself at this team – and the support from Mercedes has been incredible since day one. Together, it’s not just about winning, we can be part of the many people in the world that are trying to change the world for the better – and that’s what we can try and do together, as it’s a huge brand that can have a huge influence on the world.” 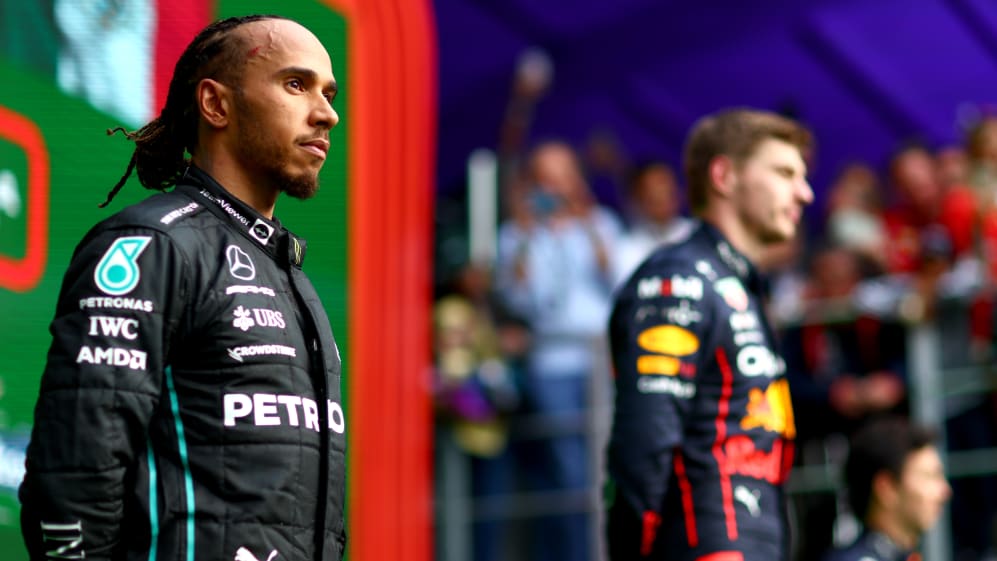 Given Hamilton is in his happy place with Mercedes, it's no surprise he is in talks to extend his stay at the Silver Arrows with a multi-year deal. The 37-year-old is currently in his 10th season with the Mercedes works team and 16th in total in F1, as the German manufacturer supplied power to Hamilton’s first team McLaren.

Extending, given they give him so much freedom – from what he wears to what he does away from the track – and support, particularly on causes that he’s keen to use his platform to give a voice to, makes sense.

READ MORE: ‘We know where we need to improve’ says Hamilton after P2 in Mexico

He also gets on well with the boss, too. “Toto [Wolff, Mercedes Team Principal] is one of my best friends. We’ve had tough, tough times, we’ve had tough negotiations, there’s been emotional bursts, a rollercoaster of emotions together over the years, but we’re like family. I want what’s best for him. He wants what is best for me.

“We always can jump on the phone and talk about whatever that is. Our values are aligned and our goals are aligned – in the brand, in helping this team grow and what it wants to achieve.” 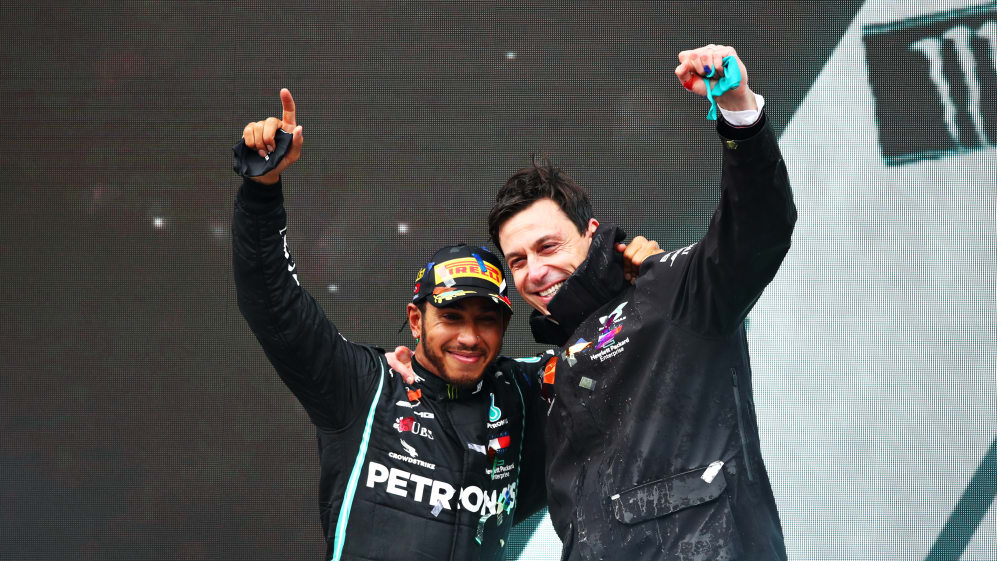 Hamilton has formed a close relationship with Wolff over the years

Hamilton has quickly formed a strong partnership with his team mate George Russell, a Mercedes junior who earned promotion after three years at Williams including a super sub performance for Hamilton at Mercedes in Bahrain back in 2020.

It could have been awkward, the young pretender coming in alongside the veteran, one year after his run of utter domination came to an end courtesy of Max Verstappen and Red Bull. But instead, faced with the least competitive Silver Arrows car Brackley and Brixworth have produced since the hybrid turbo era began, they have worked together for the greater good – with Hamilton playing an active role helping his fellow Briton hit the ground running.

“In terms of George joining, he was one of the younger drivers [here] – he would sit behind in debriefs and engineering so he knows the process, and the lay of the land here,” says Hamilton.

“He comes in and slots in, he knows what to expect. And from my side, I’ve just tried to be as welcoming and include him – trying to communicate a lot about the car, what can I test, what can you test to get us to point A?

“I just try to work with him as I did with Valtteri. When you add new people, it takes time to all get into the rhythm, but I think he’s done an amazing job, we got into a decent rhythm quite early on, and we’re continuing to work out any kinks there to continue to be on that rhythm.” 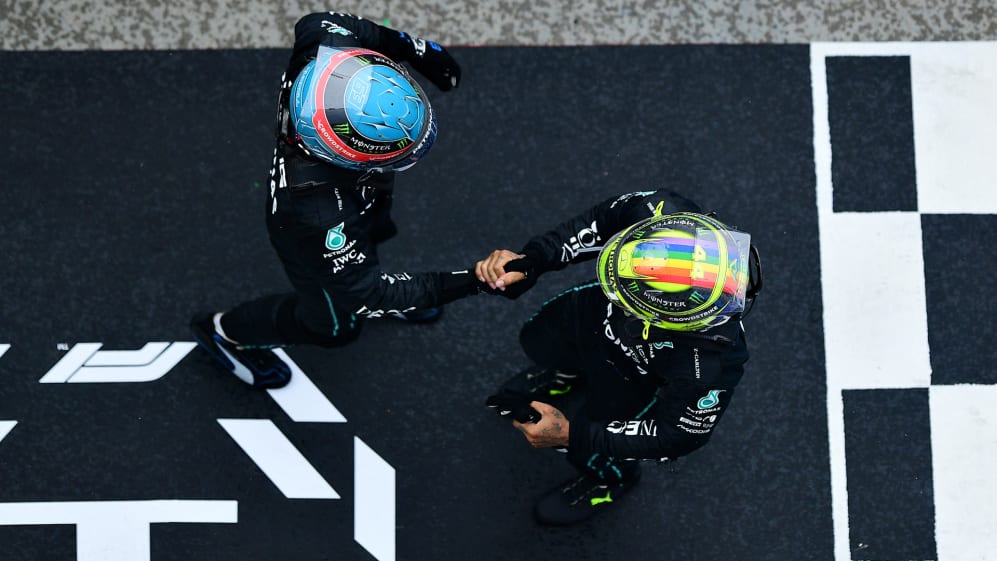 Hamilton and Russell have combined to score 15 podiums so far this season, despite Mercedes’ struggles

The longer Hamilton has been in F1, the more he’s found stuff to do away from the sport – from setting up his own foundation Mission 44 to help young people from under-represented background to becoming a co-owner for NFL team Denver Broncos.

But rather than taking his eye off the main prize, in trying to achieve the balance, he’s actively enhanced his approach to tackling a race weekend at track to ensure the day job doesn’t suffer and remains top priority.

“I shifted my weekend rhythm from years ago,” he says. “These four days [Thursday through to race day on Sunday], I’m only here for one reason. That’s not how you speak in the media or it’s not how you’re seen but it’s how you show up, it’s the work you’re doing on track, how you’re driving on the track, how you get the car to be the best it can be and how you can be the best you can be.

PALMER: Could Mercedes have beaten Verstappen in Mexico City with bolder calls from the pit wall?

“So I try to use up all the time, and the quietest part of the day particularly is the end of the day as no one is around, and that’s where I have no distractions. I can go through the data – and I’m in constant contact with the simulation team back at the factory, so while that is running I’m able to have live interactions with the driver who is driving there. 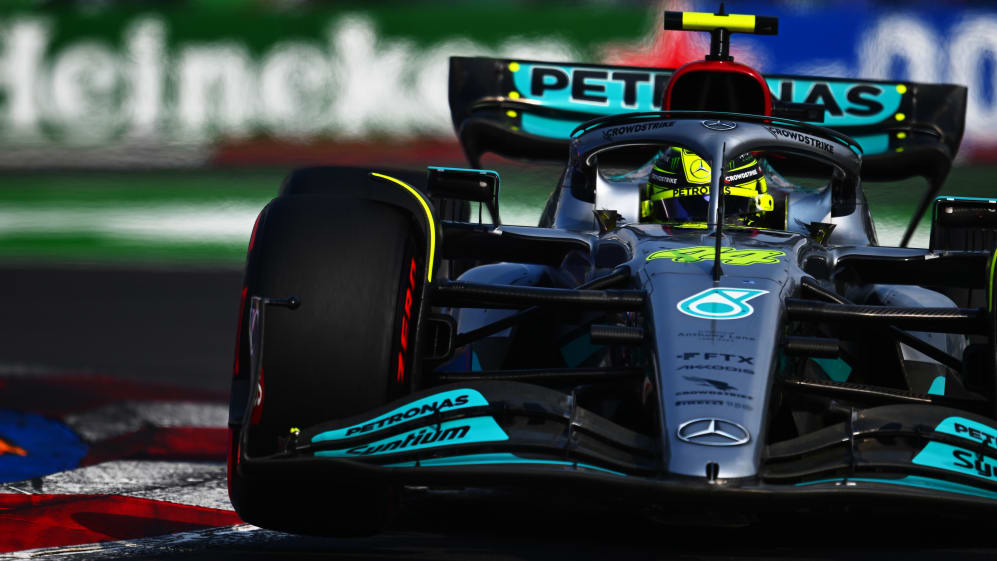 Hamilton and Mercedes are still pushing for their first win of 2022, having come close in the United States and Mexico

“I eat at the track and then I’m depleted once I finish. I’m starting to wind down at the end, head back to the hotel, and then it’s a short time between going to sleep and waking up – so that’s what I like.

“I don’t want to finish here early and go to dinner. I have no desire to go to dinner and waste time yapping. I'm here for one reason, that’s to win races. That [dinner and other events not linked to racing during a race weekend] for me is all the distraction so I don’t do that very often – if ever.”

To win races, though, Mercedes will need to turn things around for next year after a difficult season that has left the Silver Arrows trailing Red Bull and Ferrari by quite some way.

TREMAYNE: Mercedes’ resurgence means we could be in for a thrilling end to 2022

Positively for Hamilton and co, they have closed the gap in recent races – pulling themselves into the fight for victory at both Austin and Mexico – but the seven-time world champion knows they still have plenty to do if they are to recapture the form that led to Mercedes dominating F1 from 2014 to 2020. It’s with that in mind, Hamilton is focusing on all the details he can control – and working with the team to drive them forward. 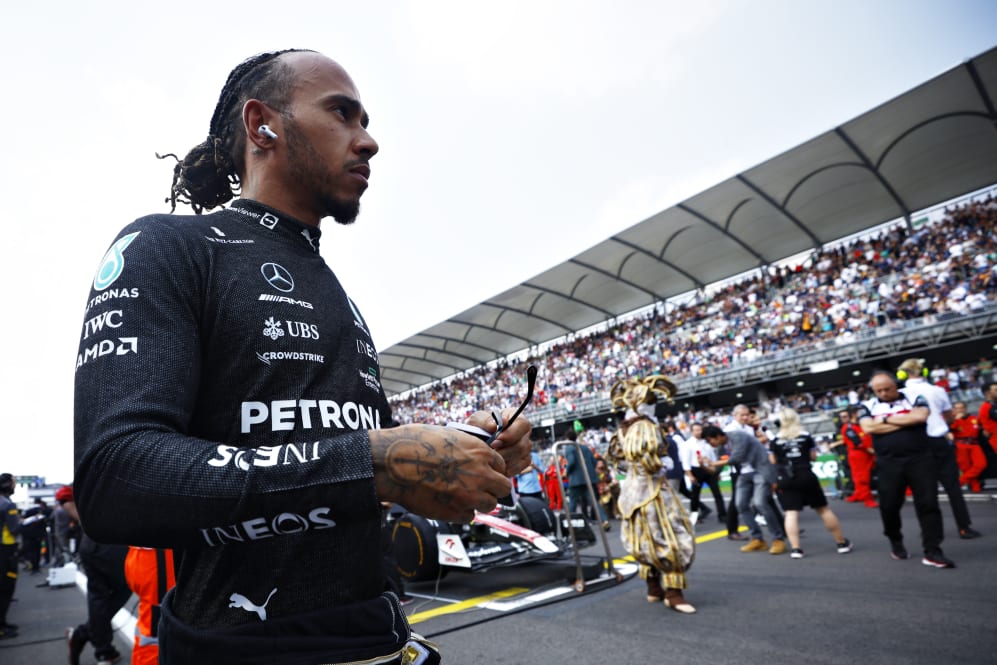 “The hill that we have to climb is huge,” he says. “For us, it’s important to imagine it as the biggest, steepest, toughest mountain you can climb because if you think it’s going to be a normal hill, you underachieve. You’ve got to think it’s the hardest climb you can imagine, which means you have to dig deep.

“There is a lot of work that we have already done up to this point to understand where we are, where we went wrong in the previous decisions that were made last year into this year.

“In terms of making the right steps for next year, it’s not easy to navigate as there are lots of different options but communication is what I’m trying to work on with everyone, making sure there are no loose ends, there’s no misunderstanding over what I feel in the car and what I want in the car, and making sure that we are continuously creating dialogue.

“Today, I sat with Shov [trackside chief Andrew Shovlin], Ron [Meadows, Sporting Director] and Mike [Elliott, Technical Director] – just firing questions – ‘this is my concern, this is what keeps me up and night, what can we do about this? How can I help you do better, do more?’ There’s not too much that you can do as we have to trust in the process, but it’s letting people know you are there – it’s not for them to figure out on their own, we will figure it out together.”