Stroll: 'I moved late but gave Alonso plenty of room'

Lance Stroll acknowledged a late defensive move against Fernando Alonso in the US Grand Prix that led to a massive crash between the pair, but the Aston Martin driver insists he gave the Spaniard "plenty of room".

Stroll was leading Alonso after a safety car restart on lap 22 when the Alpine charger got a strong run on the Canadian. As Alonso drew closer, he pulled out of the Aston's slipstream as Stroll simultaneously twitched to the left.

Remarkably, despite a heavy landing and a solid contact with the barrier, Alonso survived the clash, pitted for a new front wing and finished seventh! 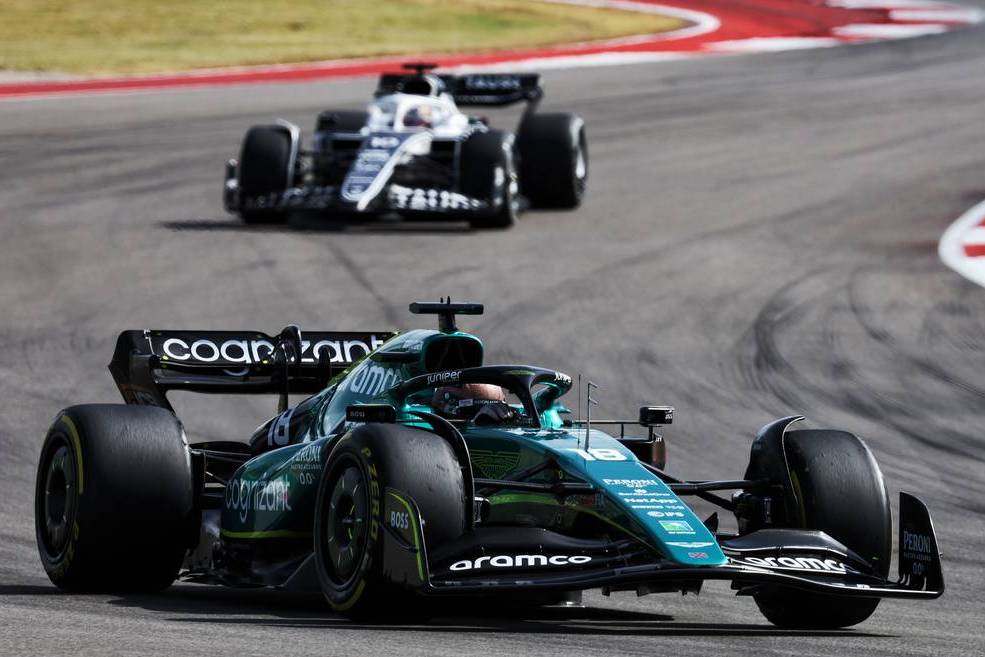 Both drivers were summoned to the stewards' office post-race but ahead of the hearing Stroll offered his side of the story.

"I mean, I definitely moved late, but there was a big difference in speed," explained the Canadian.

"I was judging more or less, kind of picking where he was behind me. But it's not like I hit him on the side of his car. The impact is still his front wing to the rear of my car.

"I gave him plenty of room on the left of the track, so it's not like I squeezed him or anything like that against a wall.

"He could have moved earlier and went more to the left. He didn't have to get so close to me either.

"So, there's a lot of different ways you could look at the incident. It was a shame. It was close wheel-to-wheel racing and unfortunately just made contact."

Ironically, Stroll will be teaming up with Alonso next season at Aston Martin. But he didn't believe that Sunday's crash would lead to there being bad blood between himself and his future teammate.

"I don't look at it that way. We're racing drivers. It can happen in a race," he said.

The US GP stewards have ruled that Lance Stroll was predominately to blame for his crash with Fernando Alonso.

The Canadian has been handed a three-place grid penalty for next weekend's Mexican Grand Prix, and given two penalty points on his FIA superlicence.

"The stewards determine that the driver of Car 18 was predominantly to blame."