Story Mode, Classic Drivers And Devon Butler Will Be In F1 2021

Codemasters have announced that F1 2021 will be released on July 16 on PC as well as both previous and next generation consoles including the PlayStation 5 and Xbox Series X|S.

The game’s trailer centers around the new ‘Braking Point’ story mode which sees players start in Formula 2 before moving up to Formula 1. Devon Butler, the fictional driver from F1 2019 who was a staunch rival in both F2 and F1, will return in F1 2021 for the new story mode.

One surprise addition is seven, as yet unnamed, iconic F1 drivers who will be integrated into the My Team career mode. You could personalise your appearance to look like Alain Prost or Ayrton Senna in F1 2019 and Michael Schumacher in F1 2020, so that should offer up a clue as to which classic drivers will be available in My Team.

All three of the new circuits to this season’s calendar,  Portimao, Imola, and Jeddah, will be available in a free, post-launch update.

Career mode will debut a two-player option which will allow friends to join each other online and play out the same career together, whether that be as team mates or at totally separate outfits.

Real-Season Start will be another new feature to the game’s career mode which allows players to begin at any point in the season with real-time driver and constructor standings.

Players who pre-order the game will receive the Braking Point Content Pack, a set of exclusive in-game items inspired by the fictional stars of the new story experience, and 5,000 PitCoins.

However the seven iconic drivers for use in My Team will only be available to those who get the Deluxe edition. That version also includes customisation content, 18,000 PitCoins, the Braking Point Content Pack, and three days early access.

“Braking Point is an exciting innovation that has been years in the making. We are proud to expand the game experience and allow players to live the highs and lows of life in Formula 1 both on and off the track,” said Lee Mather, Franchise Game Director at Codemasters.

“Braking Point transforms the game and puts players centre stage in the greatest racing spectacle on the planet.”

“The addition of two-player Career brings new challenges to the iconic game mode. Players can now choose to play co-operatively and share in the success or compete and strive for personal glory.” 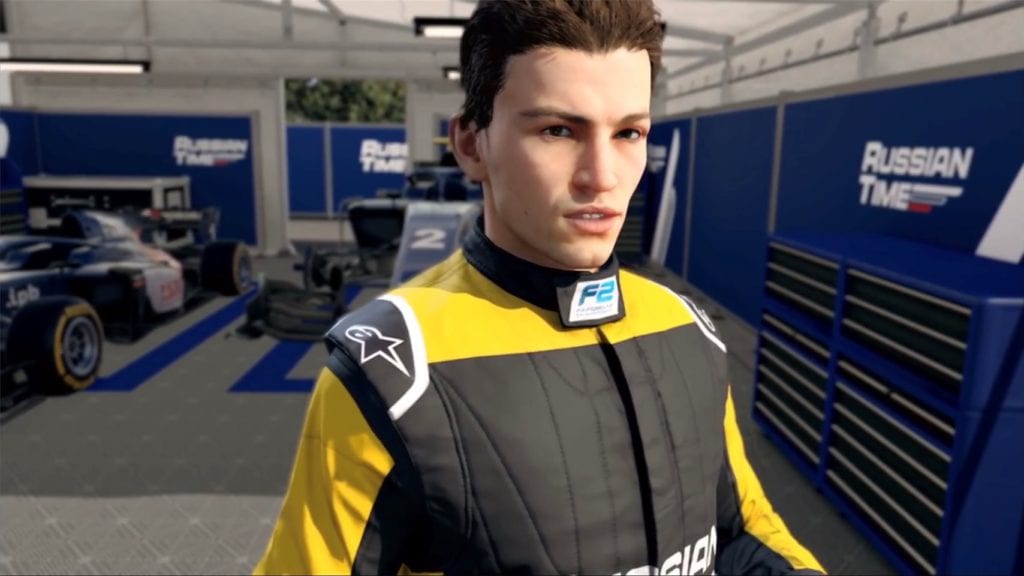