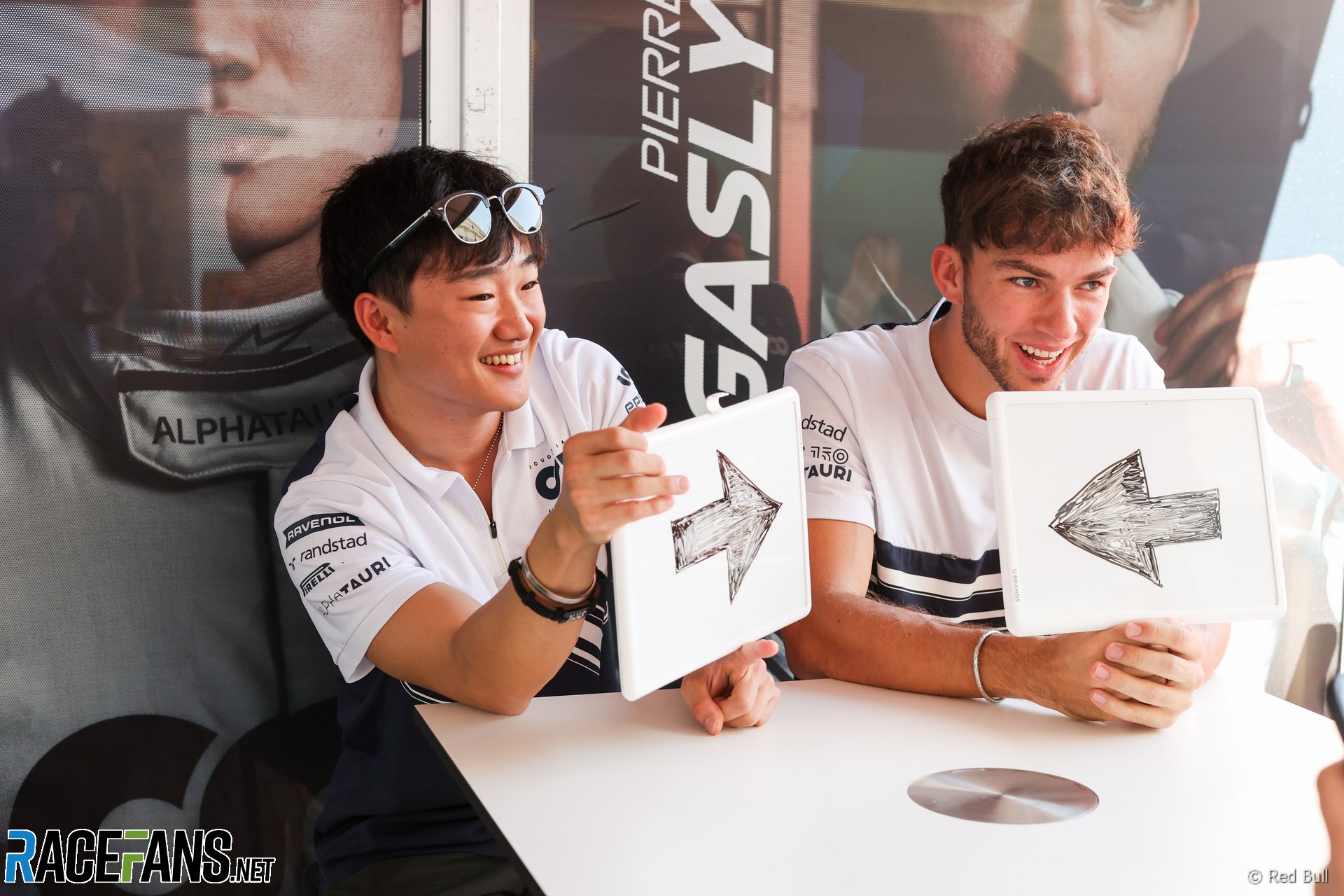 Yuki Tsunoda and Pierre Gasly are no longer team mates, but the pair had one of the best relationships of any partnership on the grid through their two years together.

But what were the two trying to say about each other during this bit of pre-weekend fun in Austin? Can you come up with the best caption for this picture? Post your funniest suggestion in the comments below.