Stephen Crowsen commented on the post, Caption Competition 199: Toss around 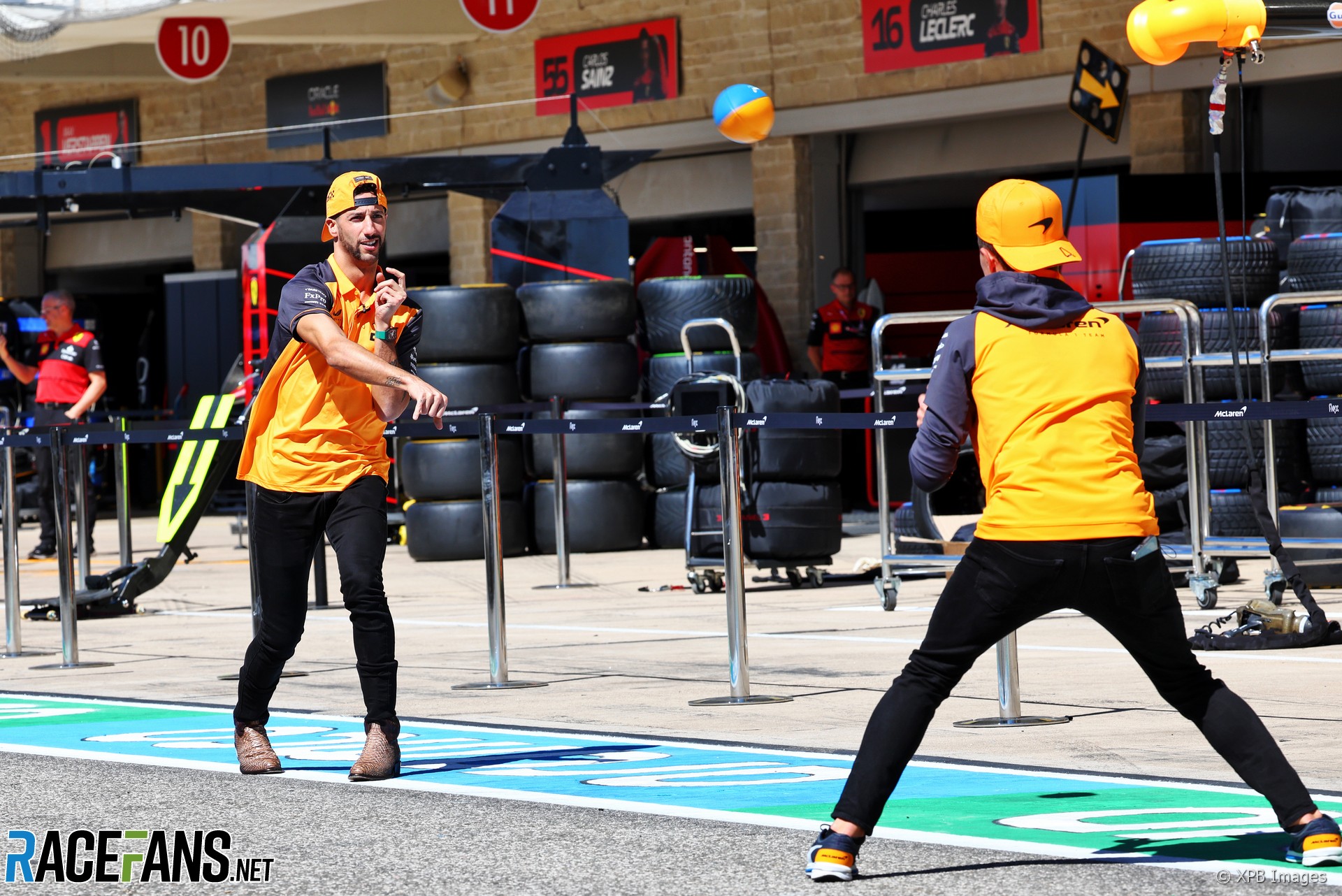 McLaren drivers Daniel Ricciardo and Lando Norris may have raced their last grand prix together as team mates, but they left the team’s fans with plenty of memorable moments during their two seasons together.

Ahead of the United States Grand Prix in Texas, the pair practised their quarterback skills in the pit lane together. Can you come up with the best caption for this picture? Post your funniest suggestion in the comments below.