Max Verstappen entered a Formula 1 season as the reigning world champion for the first time this year, with the number one on his car and a target on his back.

While he was entirely blameless for the contentious manner in which he sealed the previous year’s title, he nonetheless faced claims from some fans that he hadn’t deserved his 2021 title. Not to mention a grid full of rivals gunning to be the one to take it from him.

But by the time the sun had set on the 2022 season, Verstappen had doubled his number of championships and taken more than double the wins of the rest of the field combined. There was no debate, no question and no doubt – Max Verstappen was more than deserving of the world championship in 2022 and comfortably the best driver in Formula 1 this season. 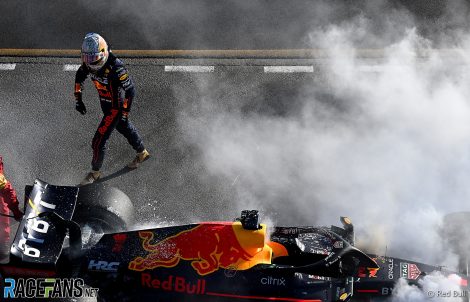 Two DNFs in the first three races were frustrating The start of the championship would ultimately prove the most challenging part of Verstappen’s season, and it was entirely for reasons out of his control. Following a season battling Mercedes in 2021, Verstappen’s supremacy was challenged not by a silver car but a red one – the Ferrari of Charles Leclerc, who stormed to the first pole position of the season.

In the race, Verstappen engaged in a thrilling head-to-head duel with Leclerc, the pair exchanging the lead multiple times, but the Red Bull was unable to stay ahead when it got in front. Verstappen chased the Ferrari almost the whole race until, with a handful of laps left, he suddenly slowed, his fuel pump failing. He was forced to leave the opening weekend without a point while Leclerc drew first blood with a maximum haul of 26.

Luckily, Verstappen had less than seven days until he could bounce back in Jeddah. But he struggled with his tyres in qualifying and could only managed fourth on the grid as team mate Sergio Perez took pole. After picking off Carlos Sainz Jnr at the start, Verstappen ran behind Leclerc for the second consecutive race before a convenient Safety Car turned their duel for second into a fight for the lead. Verstappen eventually prevailed in this multi-lap battle, leading Leclerc home to secure his first victory of the season. 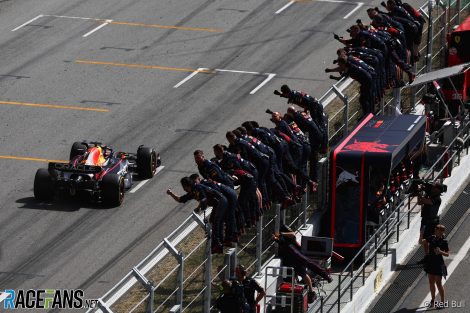 Verstappen was never headed after Spain Leclerc had the edge again in Melbourne, with Verstappen unable to offer a serious challenge to the Ferrari driver in the race. Then a second fuel system problem in three races forced him out of the race again, with Verstappen only able to watch on as Leclerc cruised to an easy win and 46-point lead over the reigning champion. However, that would be the furthest ahead Leclerc would ever get of Verstappen.

There was no place better than Imola for Verstappen to reassert his authority. He secured his first pole of the year in the wet even while backing off under a yellow flag. Although he lost the lead of the sprint race to Leclerc off the line, Verstappen chased down and passed the Ferrari to secure pole for the grand prix. The next day, he would secure a grand slam victory and a one-two for Red Bull in front of the Tifosi to take a 19 point chunk out of Leclerc’s lead.

In Miami, he lost out on pole to the two Ferraris but slipped past Sainz before turn one and then overtook Leclerc in the early laps. Despite pressure from Leclerc, Verstappen had more than enough nerve to hold onto the lead and take his third win from five rounds – victory in every race he’d finished. Win number four followed in Barcelona, but only after a rare mistake had seen him fall off the circuit in the early laps. Although some felt he’d been gifted the lead from Perez through team orders, the truth was that Verstappen was clearly the faster Red Bull on the day.

But in Monaco, that was not the case. Verstappen was frustrated to only qualify fourth – and was suspicious of his team mate’s Q3 spin that had secured his position – but in the race there was little he could do about his third place once the leaders had all switched to slick tyres and he had to be content with his team mate taking the victory for Red Bull for a change. However, win number five would follow in Baku when both Ferraris self-destructed early, leaving Verstappen to show Perez who was truly boss at Red Bull by cruising to win by more than 20 seconds.

By now, Verstappen was in the lead of the championship. He extended his advantage in Montreal by taking pole in a wet qualifying session and then leading the majority of the race, resisting late pressure from Sainz to claim win number six. He could have taken back-to-back poles in the wet at Silverstone, but a mistake from Leclerc on their final flying laps put paid to that. In the race, he inherited the lead when Sainz ran wide at Chapel, but stuck bad luck when he ran over debris from a collision between the AlphaTauris, which compromised his pace for the rest of the race and saw him finish in seventh. 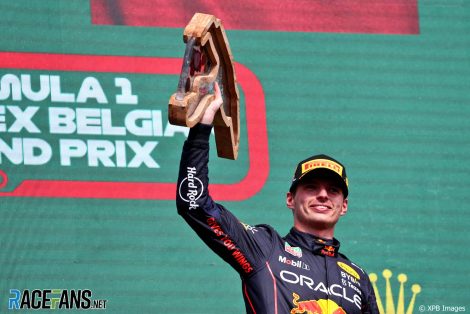 Verstappen was simply in a different league at Spa Over the sprint weekend at the Red Bull Ring, Verstappen’s set up appeared to have worked wonders as his took pole on Friday and won the sprint race on Saturday. But on Sunday, Ferrari were simply quicker. He had no answer to Leclerc who passed him three times over the course of the race, and should have been beaten by Sainz, but was saved by yet another Ferrari failure in the closing laps. Paul Ricard was shaping up to be another intense fight with Leclerc, except all challenge for Verstappen evaporated when the Ferrari driver threw away his chance of victory into the tyre barriers, allowing him to win at a canter and further extend his rapidly growing championship advantage.

The two rounds either side of the summer break not only solidified the championship as being all-but-over, they were also Verstappen’s two most crushing performances of the season. After a power unit problem in Q3 at the Hungaroring left him rooted down in tenth place on the grid, Verstappen scythed through the field and picked up the lead in the pit cycle, winning by almost eight seconds despite a quick spin along the way.

But by far his most emphatic victory came at Spa. With Red Bull unable to put off the inevitable any longer, they took a power unit penalty that would see Verstappen sent to the ‘back of the grid’ wherever he qualified. Naturally, he stuck the car on ‘pole’, which converted to 14th on the grid. But in the race, Verstappen looked as if he was in a different formula to the rest of the field. Such was his superior pace, he rose from 14th to take the lead just 14 laps into the race. He took the chequered flag 30 laps later, 18 seconds ahead of his team mate, despite starting 12 places behind Perez on the grid. It was the most dominant victory of Verstappen’s career.

By now, the championship was virtually his. He thrilled his fanatical home crowd by taking pole at Zandvoort, then beating both Mercedes on his way to win number ten. Then his 11th followed at Monza, where he overcame a five-place power unit grid penalty to easily win once more. Singapore should have been his fifth pole of the season, but a fuel mix-up in qualifying forced Red Bull to abandon his would-be pole lap before he could complete it. In a wet race, he was abnormally off-form, losing multiple places at the start and even locking up into an escape road on the way to a modest seventh place finish. 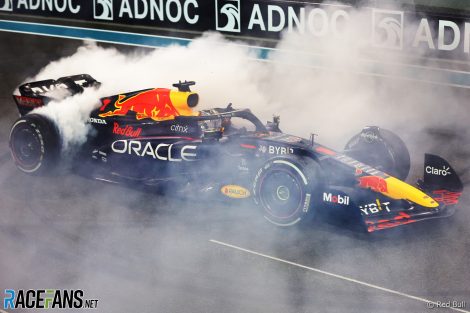 A tally of 15 wins set an all-time record In a disrupted wet race in Suzuka, Verstappen was untouchable once more. After taking pole, he briefly looked under pressure from Leclerc at the start before sweeping by into the lead at the first corner. Once again, he controlled the race out front to win by almost half a minute in the rain-shortened race. After a post-race penalty for Leclerc – and a great deal of confusion – it was determined that Verstappen’s lead in the championship was now unassailable. He was world champion for a second successive season.

Taking the title did little to encourage Verstappen to ease his foot off the accelerator. He equalled Sebastian Vettel and Michael Schumacher’s all-time record for wins in a season with his 13th victory in Austin, chasing down Hamilton in a race that felt as though it could have taken place one year prior. Then in Mexico, he broke new ground by securing win number 14 – again ahead of Hamilton.

There would be no victory in Brazil after Red Bull followed a dead end on their set up on Friday, leaving him vulnerable in the sprint race. Verstappen lost out to George Russell, Sainz and Hamilton to qualify fourth, which became third after Sainz’s penalty. In the grand prix, he clashed with Hamilton early – further turning back the clock – and had to battle through the field. He was eventually allowed to pass Perez to attack Alonso in the closing laps, then contentiously refused to return the position to his team mate at the finish.

But as he had at every point in 2022, he followed disappointment up with a win in the final round of the season. He took his seventh pole of the year – still fewer than Leclerc’s total – and never looked in any danger of losing the lead in the race. When he crossed the line to a shower of sparks, the pyrotechnics hailed not just the end of the season but also the end of one of the most dominant and relentless championship campaigns the sport had ever seen a driver produce.

Verstappen’s triumphant 2021 season may have made him a world champion, but 2022 firmly established him as the undisputed driver at the top of his sport. The final boss of Formula 1. In a record-breaking year where he had been so exceptional, there’s every chance this season could prove the pinnacle of Verstappen’s F1 career. But even if the competition for the championship is much more intense in 2023, it will still require nothing short of brilliance for anyone to dethrone him.