Sargeant: Williams F1 debut 'a lot different than what I expected'

Logan Sargeant will have done his chances of securing a race seat with Williams for 2023 no harm at all thanks to a "good run" in FP1 at Austin where the young American made his F1 debut.

Sargeant has been earmarked by Williams as strong contender to replace Nicholas Latifi at the British outfit next season.

However, the 21-year-old must conclude his season in the FIA Formula 2 Championship among the top five in order to secure his F1 Superlicence.

Sargeant is currently third in the junior series with one round to go in Abu Dhabi, but the battle is tight for the final spot on the podium and a small mishap could push the American out of the top five.

In the interim, Sargeant acquitted himself well in the opening practice session at the Circuit of the Americas on Friday, the young rookie clocking in P19, 1.9 seconds adrift from teammate Alex Albon but without making any mistakes. 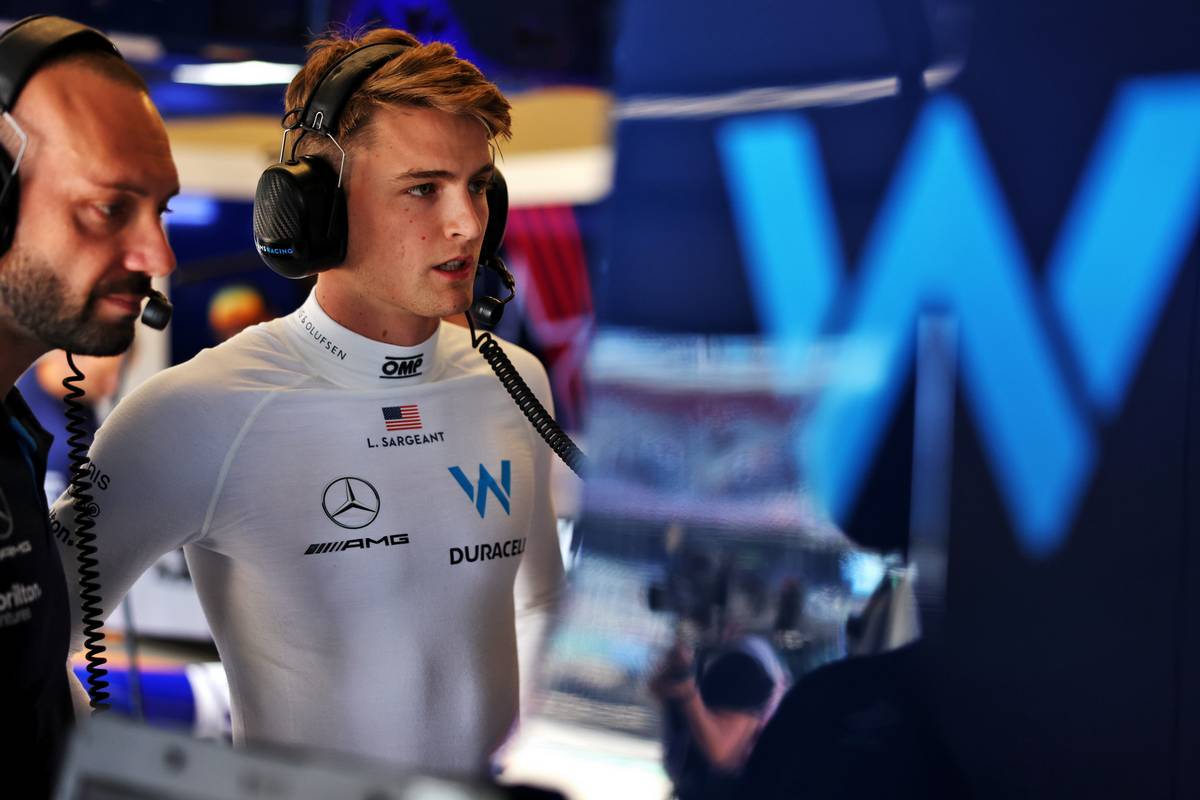 "A lot different than what I expected, to be honest," he commented after the session. "The way that the car reacts compared to what I'm used to in F2 is massively different.

"Super reactive in the high-speed, and so good on the brakes. But yeah, in general, it was a good run. And I learned a lot.

"I was pretty shocked by how much power it had as well at the start, so something to get used to. And it was tricky out there."

From the outset of the session, Sargent focused first and foremost on keeping his head down and keeping things clean.

"I think the main goal coming into today was just to learn as much as possible," he added. "And I feel like I did pick up on a lot, very different to what I honestly expected, but in a good way.

"A lot of potential to still pick up on and improve on, but I think it was a good start and happy with how it went.

"I think most important now is to go back, debrief, pick up on as much information as I can, and give them as good a feedback as possible. And yeah, I'd say it was a good day in the office."

Asked about his F1 prospects with Williams for next season, Sargeant said that his main focus was to fulfil his championship objective in F2.

"Honestly, I'm not sure. As you know, I need to have a good Abu Dhabi to secure my super licence," he said.

"And that's the main focus at the moment. And it's to go out there and have a good round, and solidify myself in the top three in the championship."