Russell 'kicking himself' after 'terrible' end to qualifying

George Russell said he was "kicking himself' after messing up his final lap in qualifying for the Mexican Grand Prix, which allowed Red Bull rival Max Verstappen to seize pole at the last minute.

Russell had been fastest in both FP2 and FP3, and hi Mercedes team mate Lewis Hamilton had been quickest in both of the first two rounds of qualifying.

But when it came down to the crucial final seconds of qualifying, it was Verstappen who dug deep and found the crucial extra tenths of a second, while Russell's last lap went awry.

"I feel like it was our pole to have, and it was just a terrible lap from my side, so I'm sort of kicking myself," Russell told the media in parc ferme after the end of the session.

“In my last lap in Q3, I went around the first three corners and it felt great. I had this thought ‘this is going to be the lap’ - and then I lost the lap on the next corner. I was bitterly disappointed. 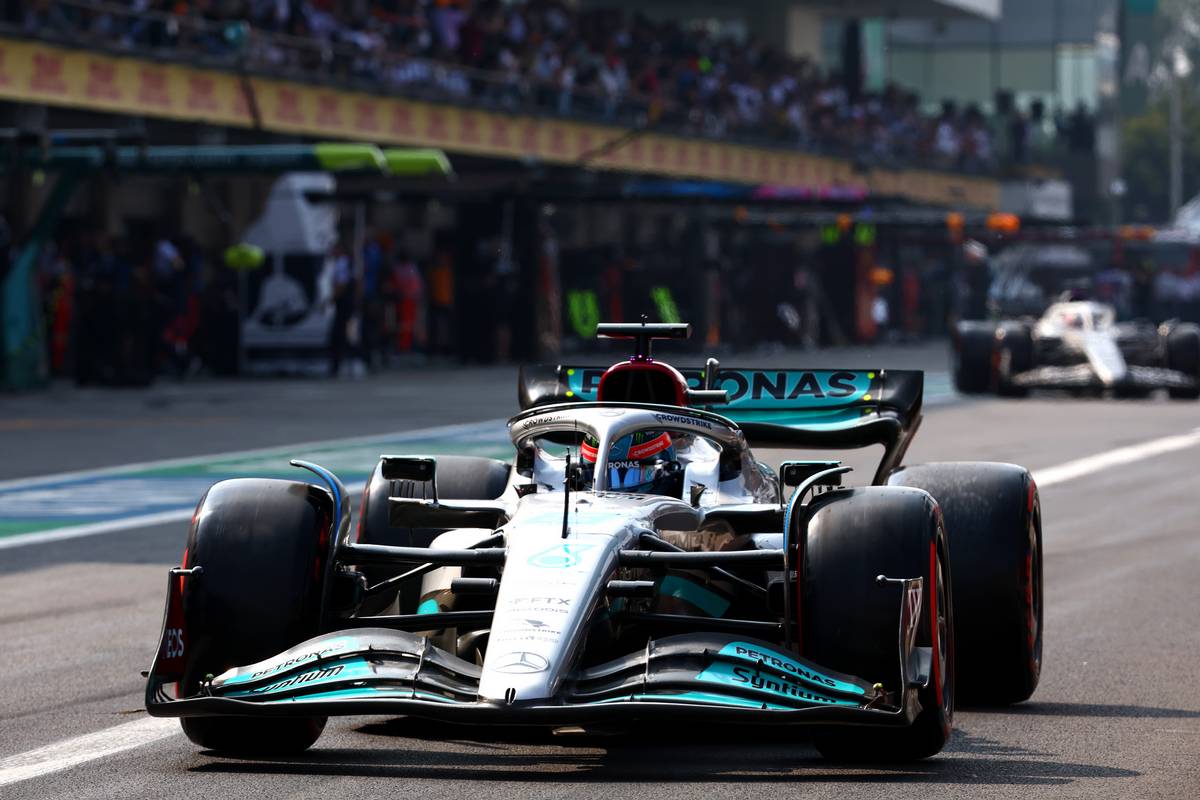 “I lost two tenths in one corner, I gained it back again, I was still one and a half tenths up before I then locked up in sector three. It was a chaotic 70 seconds.

"The team deserved more today. They've produced a really great car this weekend," he said. "It's testament to them for the hard work they've been putting in for so long.

Despite his final lap not going to plan, Russell will still start tomorrow's race on the front row alongside Verstappen, while Hamilton will be right behind in third place.

"At the end of the day [there's] no points for qualifying and I'm excited to be back on the front row," he acknowledged.

It was certainly the strongest qualifying session of the season to date for Mercedes as a whole, giving Russell hope that they can be a force to be reckoned for tomorrow. 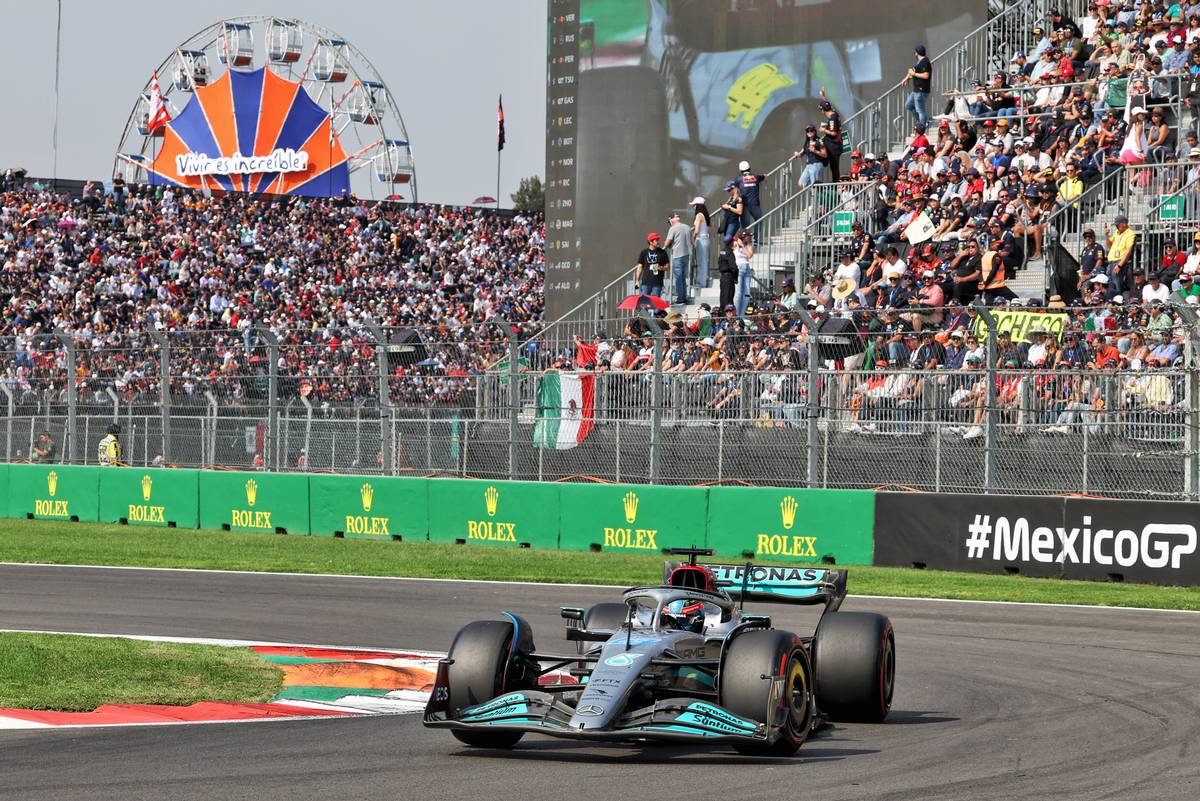 "We saw last week Lewis showed what the car was capable of," Russell said, referring to his team mate's competitive second place in the United Stated GHP.

Russell insisted that Mercedes "didn't really get an opportunity to show what it was truly capable of" in Austin, and this week was benefitting from the high altitude and thin air of Mexico City.

"With this high altitude the drag is less of a factor, and that is where we get outscored by Red Bull," he explained.

"They're always taking like three tenths out of us on the straight. Here it's less of a factor. That's probably why we're a little bit more competitive."

Russell is hoping that he will be able to match Verstappen's pace at the start of the race which features a long run down to the first corner. 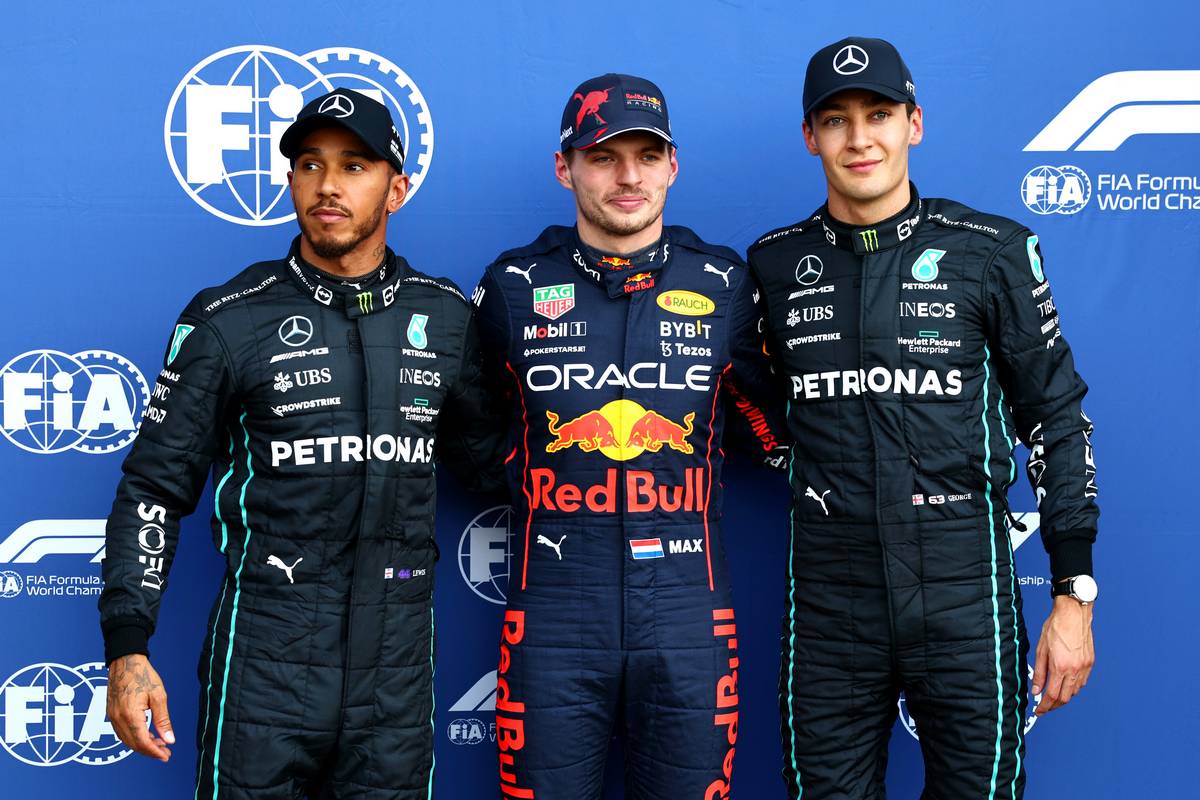 "Having Lewis at the front gives us the chance to do something different with the strategy," he said, adding that Mercedes were "looking competitive" and had a "reasonable shot".

"We'll see what we can do," he continued. “I believe that this weekend we’ve had the fastest car, and if you’ve got the fastest car there’s no reason why you can’t win the race.

"But it’s going to be very difficult to pass him," he acknowledged. “They’re gaining about three-tenths on us down the straight.

"We definitely can beat Red Bull for sure, but I don’t think we’re going to be able to make the overtake on track - we’re going to have to be strategic."