Radoye commented on the post, Andretti-Cadillac announcement gets a cooler reception from F1 than FIA

Ben Sulayem was quick to welcome them, saying he was especially pleased by the expression of interest from two such well-known names.

“Today’s news from the United States is further proof of the popularity and growth of the FIA Formula One World Championship under the FIA’s stewardship,” he enthused. “It is particularly pleasing to have interest from two iconic brands such as General Motors Cadillac and Andretti Global.

“Any additional entries would build on the positive acceptance of the FIA’s 2026 PU regulations among OEMs which has already attracted an entry from Audi.” 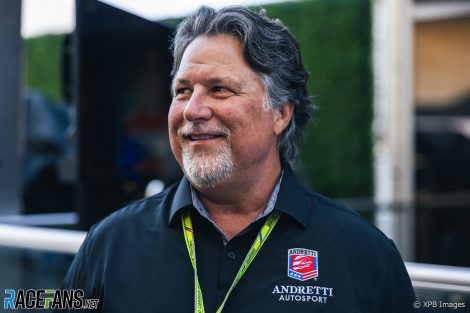 Report: Andretti and Cadillac announce plans to enter Formula 1 But while Ben Sulayem was quick to claim credit for the interest on the behalf of the governing body, the reaction from the commercial rights holder was decidedly cooler. A spokesperson noted other potential new entrants have been in discussions with the series.

“There is great interest in the F1 project at this time with a number of conversations continuing that are not as visible as others,” they said.

“We all want to ensure the championship remains credible and stable and any new entrant request will be assessed on criteria to meet those objectives by all the relevant stakeholders.”

“Any new entrant request requires the agreement of both F1 and the FIA,” the spokesperson added. 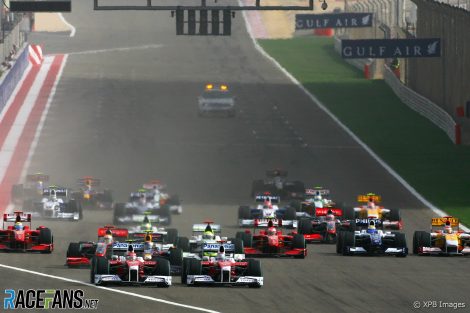 Feature: What happened to the last 10 new teams to enter Formula 1? Andretti previously made attempts to take over existing teams. However it came up short in its pursuit of Force India in 2018, which was purchased by Lawrence Stroll and turned into Aston Martin, and Sauber in 2021, as it was unable to reach a satisfactory agreement.

Since then Michael Andretti’s operation has focused its energies on entering as a new team. However the existing competitors fear the expansion of the grid may dilute the value of the existing competitors. For this reason F1 introduced a rule requiring new teams to pay a $200 million “anti-dilution” charge on entering in 2021. Nonetheless, many team bosses reacted cautiously to the possibility of Andretti joining the grid.

F1 CEO Stefano Domenicali has consistently indicated he has little appetite to expand the grid. He reiterated this view as recently as last November, underlining that F1 and the FIA must jointly agree for it to happen.

“With regard to the process related to the possibility of an F1 team to be [entered] into the championship, of course there is the primary that both us and the FIA have to be in agreement for that.

“I think the first thing that we need to consider is that this eventual possibility will bring an extra value to the championship. If so, of course we are going to discuss it internally and we’ll see if there’s any kind of a real potential new entry [which] can give the benefit for the value of the championship.

“On top of it, there is a value that has to be recognised for the teams that are already into the championship because of course they cannot allow any dilution of their financial partnership with the F1 championship. So this is what is written in the Concorde Agreement. 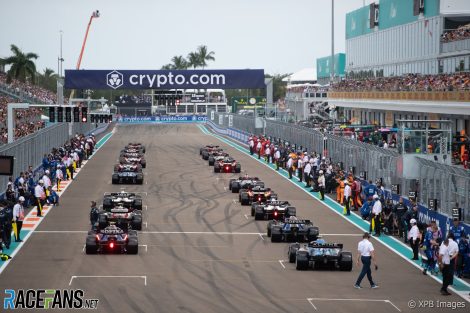 Report: F1 sees “no pressing need” to add 11th team as Andretti bids to join grid “But mainly the point is does eventually a new entry bring a better positional F1 championship? This is really about value, and in terms of value from the financial point of view and in terms of value from the sporting point of view and if I may on that it’s not a problem to do I think one more team to have a better racing.

“Therefore we will see, we will monitor the situation. If there will be a real credible new entry team that want to discuss with us, we are ready to discuss, but we are not in a rush position today for that.”

Two months on, the FIA has given Andretti the opportunity it was looking for. Now Andretti has lured a brand from one of the world’s biggest carmakers to join it, F1 will have a hard time arguing their proposed team would not enhance its championship.