In the round-up: Formula 2 champion Oscar Piastri doesn’t feel he has been unfortunate in being overlooked for a Formula 1 drive this year.

Piastri: luckier than “99% of most racing drivers” with testing programme

Piastri said there will be three elements to his 2022 role with Alpine, following his graduating from their young driver academy. “The first one is, obviously, being reserve driver,” he explained at a Blackbook Motorsport event.

“I’ll be there as a reserve driver in case I’m needed. So I’ll be at every race weekend as far as I’m aware. Certainly all the flyaway races, and I think all of [the others]. So that’s that’s the first aspect.

“The second is a lot of work in the sim, so I’m expecting that to get very busy once the car’s been on track in real life and the correlation between the sim and real life begins, I’m expecting my life to be very busy and spending a lot of hours in a dark room, playing very sophisticated video games.

“And then I guess the third avenue,” Piastri continued, “is we’re doing a big testing programme with Alpine in a previous – I think it will be last year’s car. So that’s my driving for the year. Which of course, I’d love to be racing but with the amount of test days I’ve got in an F1 car, I’m certainly luckier than 99.9% of the population and 99% of most racing drivers too.” 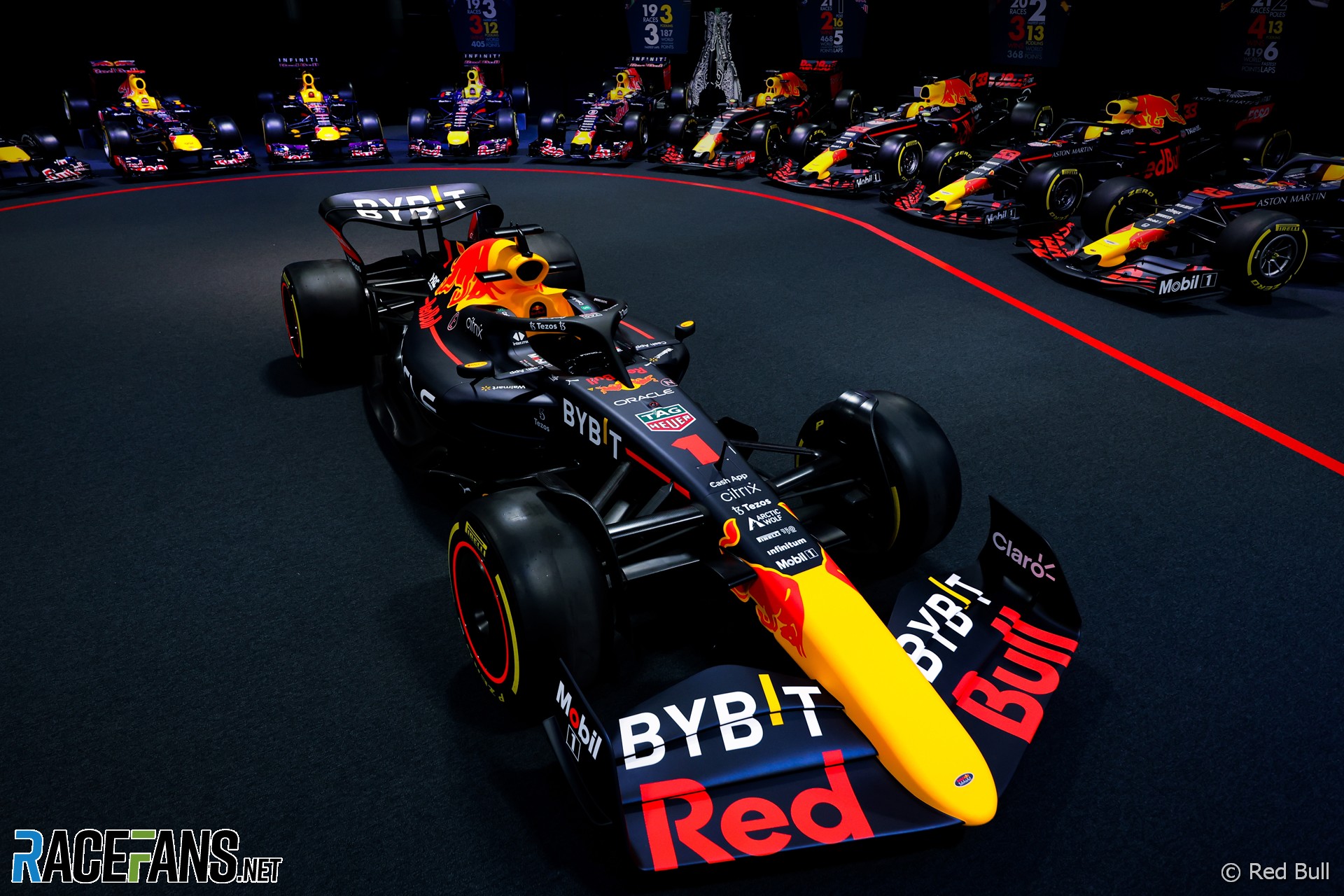 Red Bull presented the Bybit logos on their 2022 show car

Red Bull Racing has signed a deal with cryptocurrency brokerage ByBit. Team principal Christian Horner said the deal will help Red Bull to “enliven the fan experience in F1 through digital innovation” in a way that will let the team have “deeper. more immersive and unique connection with fans around the world.” The deal is rumoured to be worth around $150 million.

Button to have increased marketing role at Williams in 2022

Williams CEO and team principal Jost Capito says the team will be able to make better use of Jenson Button in his ambassadorial role as Covid restrictions are expected to ease this year.

“With Jenson last year, of course, we were limited because of Covid,” explained Capito, after Button had signed to join the team as a senior advisor while maintaining his presenting role at Sky Sports. “He couldn’t come to the team and also when he was at the races, he had to be in the Sky bubble, he couldn’t come.

“We want him more involved in the marketing activities and the various activities we plan if we can do them, after or with – if you can call it after – Covid. I think we have quite a lot planned with him on the marketing side, really, not on the development side.”

Lucas di Grassi said that although Formula E’s third generation car is expected to be able to exceed 320 kilometres per hour, it is designed for FE’s existing street circuits.

“I think there’s a little bit of a misconception that we’re going to have more power in ‘Gen3’,” Di Grassi said at the Mexico City Eprix, “but the amount of energy we’re going to have is similar to what we have now. The car will not be made to race in the full circuit like this, the car actually is smaller, shorter, [with a] shorter wheelbase to accommodate better the street circuits.

“You still need to do energy management and you still have a limitation on [size of track] – the car will be made for the circuits that we race now. Of course, in some circuits like Paris, which were already kind of tight for the for the Gen2 car, it needs to go a little bit longer.

“But overall, from my understanding, the car is not made to race in traditional tracks like Silverstone or Mexico or Monza. Although the car can reach over 320kph or more, the ratio, the gearbox, everything else will be made to still race on circuits which are city centre circuits.”

"Instead of just bringing ground effect floors back and leaving the teams free to add vortex generators, winglets, and all other kinds of aerodynamic furniture, the rules restrict development to just a floor edge wing and a few fences upfront. As far as the exit geometry is concerned, it’s very flat with no significant out-washing."

Norris: "I think something I'm quite good at doing is, if I have a weekend off, switching my head, having time to relax, maybe to do other things. I think that's one of the more important things, is knowing when to actually take some time to relax and do stuff away from Formula 1."

"Although he’s expressed an interest in the past, this is the first time Larson’s been given the green light from his employer."

"Eduardo Barrichello will spend a second season in the Formula Regional European Championship season by Alpine this year, joining the Arden team to complete its line-up. The son of 11-time Formula 1 grand prix winner Rubens Barrichello raced for JD Motorsport in 2021 in his first season competing in Europe after finishing runner-up in USF2000 the year before."

"Villagomez: 'How to treat the tyres and how to manage them is a big deal in this Championship. Van Amersfoort are a new team, but I think they dealt with the test well and I think what we can achieve together can be good, it didn't feel like a new team.'"