Scorching temperatures at the Circuit de Catalunya made for an uncomfortably hot Spanish Grand Prix, especially for an unwell Lando Norris.

Arriving at the track flustered after a frustrating search for the accreditation centre wasn’t the most constructive start to the weekend. After that start the only way was up, I concluded.

With the afternoon sun beaming down on the circuit, the first call to action was a trip to the Haas hospitality to hear the latest from Gunther Steiner. Walking in, I briefly spoke to Kevin Magnussen who greeted us with a smile and a polite hello.

Shortly after, I went to the Red Bull hospitality centre to speak to Yuki Tsunoda and Pierre Gasly, who were both desperate for a clean weekend, and then to Ferrari catch up with with one of the home heroes, Carlos Sainz Jnr.

The day ended in disappointment: My team placed last in a media ‘pub quiz’ hosted by Aston Martin. I left the circuit at around 10pm, wondering if the only way was indeed up. 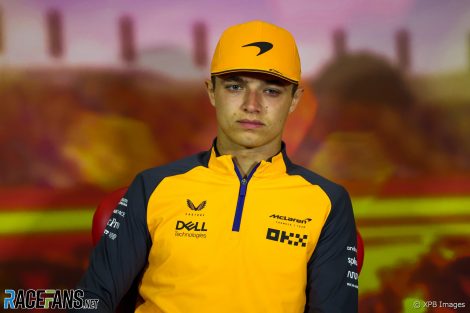 The drive into the circuit on Friday was surprisingly busy and not helped by some questionable signposting on the way into the track. The chaos made for another stressful start, but I managed to get to the track with time to spare before the first press conference got underway.

During the sessions, I noticed McLaren’s Lando Norris was unusually quiet, his eyes bright red with what looked to be hay fever. Practice got underway shortly after the session concluded.

In between sessions we had the chance to speak to McLaren’s Andreas Seidl. The team also offered us lunch, which was met with much gratitude, as the offering in the media centre left a lot to be desired: a beige spread and soggy salads (not improved by the lack of air conditioning).

I ended the day speaking to Mika Hakkinen who was courteous and charming. He introduced himself with a handshake and went on to share some fascinating stories before stopping to take selfie after selfie with fans. 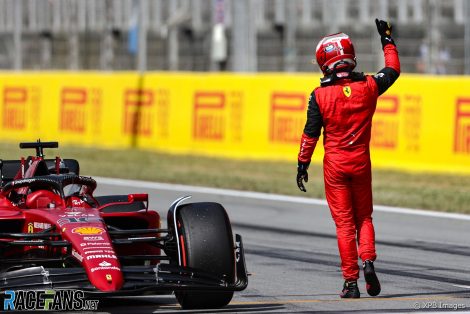 A busy morning at the track after another chaotic journey into the circuit. Lunch was sorted in advance this time: I stopped at a petrol station with the BBC’s Jennie Gow to pick up a whole baguette and some cheese, though that almost immediately became sweaty in the Spanish heat. F1 is definitely all glamour.

With practice and qualifying over, I made my way to McLaren to speak with the drivers and boss Seidl, who was joined by technical director James Key.

I overheard Daniel Ricciardo joking with McLaren’s head of communications Tim Bampton that Lando needed a mask today. Curious as to why, my question was immediately answered when a visibly unwell Lando entered the room and shuffled to his seat. I was distracted by how ill he looked, and how small he seemed to be making himself in the chair, one leg jiggling throughout the entire media session.

Concerned, I asked him how he was feeling. He replied asking “how are my eyes”, which were blood red, adding this was the worst he had felt for a long time. Explaining it wasn’t Covid, he clearly looked sick and tired with energy levels low. Wishing him the best as I left, there was genuine concern he might not be well enough to race on Sunday.

The paddock atmosphere may have been completely different to Miami, but nonetheless anticipation was building for the race on Sunday, with Charles Leclerc on pole. 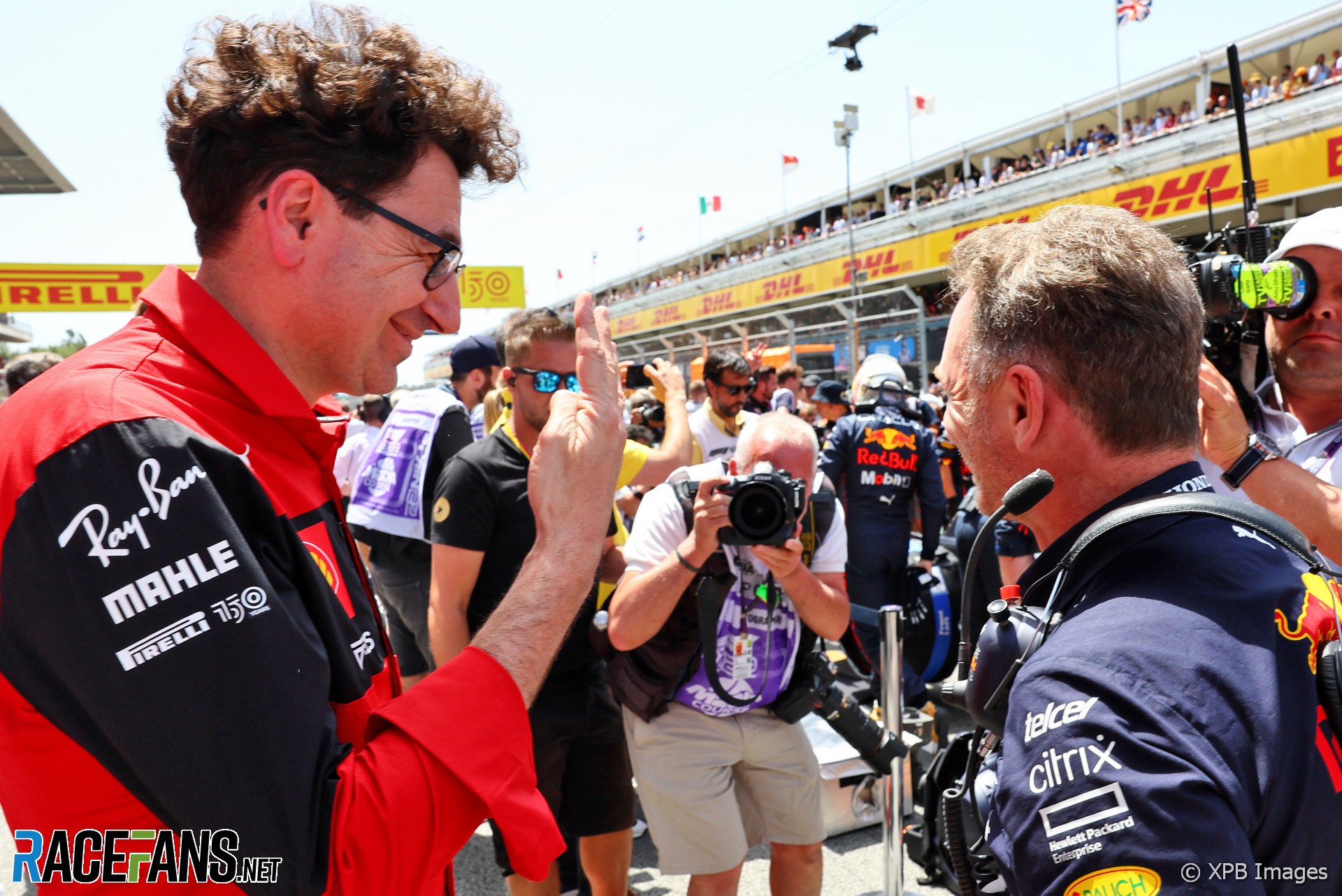 Seemingly unable to shake the chaos on the road, I picked up a flat tyre on the way to the circuit on Sunday morning. Thankfully in a safe area, I limped the car to the side of the road to ask for help, but couldn’t find anyone who spoke English. I thought the flat tyre would prove helpful in my ignorance and lack of Spanish, but I climbed back in the car and limped the final few metres to a petrol station.

Dramatically bursting into the shop, not one person, me included, knew how to change the tyre. Thankfully a car full of fans had pulled up next to me and, without any words needing to be exchanged, immediately went to work to replace the tyre with a spare in the boot.

Eternally grateful for their help, and swearing I will teach myself how to change a tyre in the future, I gave a sigh of relief and made the two-minute drive to the circuit, stressed, hot and dehydrated.

The heat was intense walking in, with fans pouring into the circuit. I saw a young kid dressed head to toe in Max Verstappen merchandise walking with another kitted out in Ferrari colours. Their innocence brought a smile to my face after a trying morning. Some rival sporting factions, particularly on social media, could learn a lot from them.

The build-up to the race came around far quicker than anticipated due to my unscheduled pit stop. I watched from the media room as the grid began to fill, the venue baking hot. 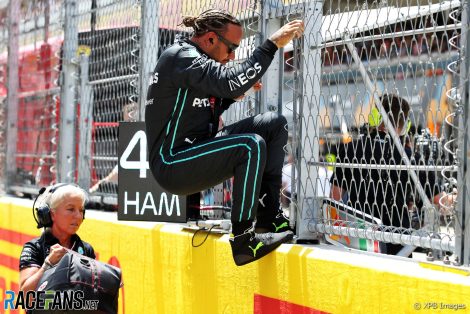 Media commitments consumed the next few hours after the race. Lewis Hamilton arriving later than the rest of the drivers after being selected for a routine anti-doping test, but was particularly engaged and cheerful after recovering from a first-lap setback to finish fifth, notwithstanding his late power unit problem.

Norris, however, was absent. Seidl confirmed he was suffering from tonsillitis, which made the fact he had battled to eighth place – comfortably ahead of his team mate – all the more impressive.

With that the weekend drew to a close. From here the teams head straight to Monaco, where Norris drove to a superb podium 12 months ago, and hopefully will be back in good shape next weekend.