Sébastien Ogier, navigated by Vincent Landais, claimed a clean sweep of Rallye Monte-Carlo’s Friday morning speed tests to extend his lead at the opening round of the FIA World Rally Championship.

Not even a hybrid unit fault, which left the 39-year-old’s Toyota GR Yaris short on power, could derail Ogier as he stormed to a hat-trick of stage wins in the mountains north of Monaco.

Elfyn Evans, also driving a Toyota, had been Ogier’s closest challenger since the very first stage on Thursday evening, but the Welshman tumbled down the order when he picked up a rear-right puncture in Briançonnet – Entrevaux.

"If I look at the result of the morning, I can be happy," Ogier said. "It was not such a relaxed morning for us because of this problem, so I had to push very hard. So far, the result is good.

"Unfortunately, without service there is a big chance that the problem will remain this afternoon," he added.

Ogier was the only driver to take a gamble by carrying a single spare wheel for the loop. He, like most of the field, chose a mixture of Pirelli’s soft and super soft tyres and managed their wear to perfection on dry roads.

Neuville, meanwhile, had to fight hard to keep his rubber from overheating. Set-up tweaks improved the turn-in on his i20 N but the Belgian did not enjoy his run through final test.

"It was not very fun to be honest," he said. "The tyres are really on the edge and they overheated after 2km of the stage. I am just trying to follow the road and manage the braking points." Ott Tänak, who held third overnight, dropped to fourth as he continued to get acquainted with his new M-Sport Ford Puma. The Estonian trails Rovanperä by just 5.7sec going into the afternoon loop but holds a 15.7sec buffer over fifth-placed Evans.

Dani Sordo found himself more than one-minute adrift of the lead after lacking confidence aboard his Hyundai. It was a similar story for his colleague Esapekka Lappi, who sits seventh halfway through the leg.

A brace of top-four stages times enabled Takamoto Katsuta to grab eighth overall in his Yaris. The Japanese driver leapfrogged Pierre-Louis Loubet, who nursed his Puma through the final test with power steering failure. With no midday service, Loubet may have to deal with the issue for the rest of the day. Toksport WRT2’s Nikolay Gryazin completed the leaderboard in his Škoda Fabia RS, ahead of PH Sport’s Yohan Rossel in a Citroën C3, and Stéphane Lefebvre in the same car. 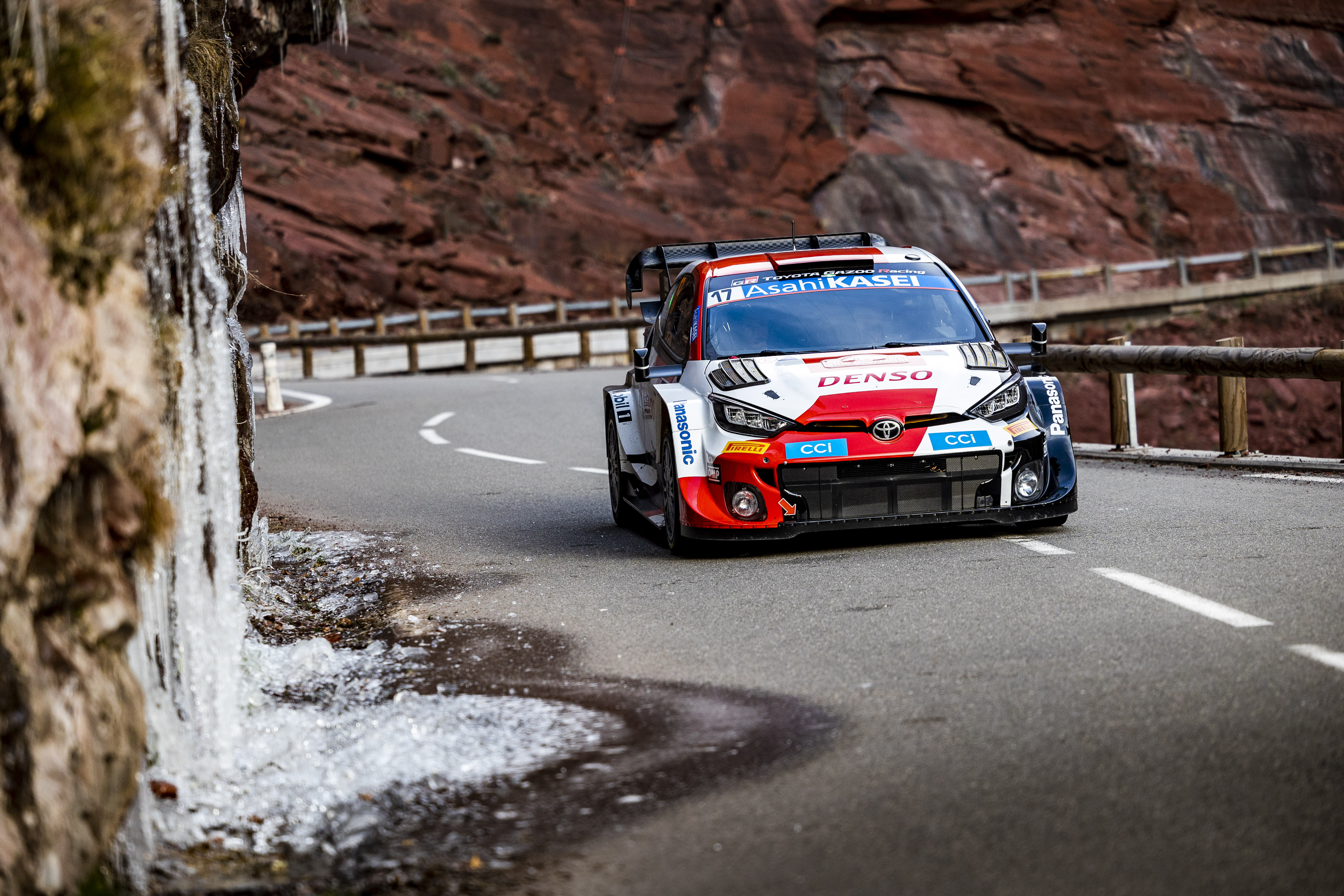