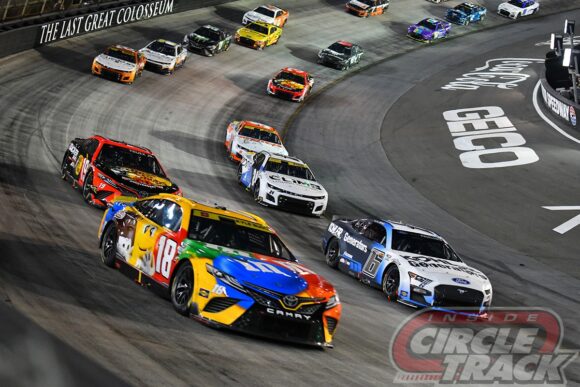 After the first few races in the 2022 NASCAR Cup Series season, there was a great deal of excitement swirling around the Next Gen car and its performance in some of the early races. Particularly, the new car seemed to improve comptition on the 1.5 – 2 mile tracks that had previously not provided great action for the sport’s top division. As a result, many followers of this form of motorsports were encouraged that a major piece of the competitive puzzle had been been found.

However, weak spots began to emerge in the new car as more races were contested.

The April race at Martinsville Speedway demonstrated in a major way that there were potential problems with the Next Gen. On that half-mile Virginia track known for producing intense racing and even some occasional controversy, there was none of either. The only lead changes occurred during pit stops and very little passing took place throughout the field over the course of 400 laps.

Short tracks are favorites among many but those venues did not produce the type of action many had become accustomed to.

Further, another type of track thought to be a guarantee for great racing had been road courses. Like short tracks, it has long been thought that factors such as aerodynamics and differences among the manufacturers were not as significant as is the case on the so-called cookie cutters. So surely making the move to the Next Gen would not have much of an impact on road courses.

Like short tracks, the racing on road courses did in fact seem to be impacted by the new car in a negative way.

Suggestions ranging from the increased amount of gear shifting by drivers to the different types of tires now being used to the improved brakes on the car were offered as reasons for the lack of competitiveness on short tracks and road courses.

In his post-race media center appearance following the championship deciding race in Phoenix, Cup Series titlist Joey Logano pointed out that drivers and crews were kept guessing throughout the season by the Next Gen. But he did note progress by the teams from the early portion of the season to the end.

“Boy, this year was an adventure, to say the least amount,” Logano explained. “To think about how many things have changed from Phoenix in the spring to now, boy, we’re so much smarter with this race car now. It’s just kind of crazy to think about it all.”

The Team Penske driver was only reassured by the fact that no one seemed to be figuring the car out any faster than anyone else.

“Yeah, it was a tough grind of a year, and a lot of times you just felt lost,” Logano added. “A lot of times. The only thing that helped me is I realized that everyone else was lost with me. That’s one way to stay confident is when you know everyone else is lost, too.” 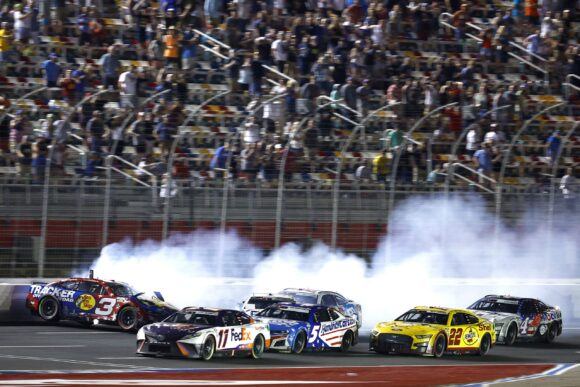 But perhaps the biggest reason for the cars downfall in popularity among competitors and fans came from failures regarding safety.

As the season played out, fire began to increasingly become a hazard. Kevin Harvick, Brad Keselowski, Chris Buescher and even eventual champion Joey Logano all had flames in their cars at some point during the year. In some cases, those fires did major damage.

And more importantly, the car proved itself to be hazardous to the drivers themselves.

Star drivers such as Kurt Busch, Alex Bowman and Tyler Reddick were among those to miss entire races or portions of races with crash related injury issues. Many complained that the car’s rigidity caused the shock of wall or car-to-car contact to be transferred directly to the driver’s body. This was an issue that had been discussed by drivers even during early test sessions.

While there are racing purists who enjoy the sport for the sake of the sport, drivers are the primary draw for many modern-day enthusiasts. There simply cannot be races going forward in NASCAR in which the first topic of discussion leading into each weekend is that of which drivers will be missing from the starting grid because of injury.

Ultimately, the Next Gen started off quite well and offered promise during the early portion of the 2022 NASCAR Cup Series season as the level of competition improved on tracks where the racing had previously been criticized. And there were bright spots such as the fact that the season featured 19 different race winners and the second event at Martinsville provided much excitement.

Later on, however, the new machine drew criticism for poor racing on previously popular tracks and for dangerous attributes that revealed themselves as the season played out.

The Next Gen’s early sizzle appeared to fade into a late season fizzle.