Mexico City Speed Trap: Who is the fastest of them all?

Mexico City sits at 2,285 meters above sea level, which means that altitude is everything at the Autodromo Hermanos Rodriguez.

The elevated environment and its thinner air have a surprisingly large effect on many elements of an F1 car, changing how it performs and operates.

First and foremost, it means less downforce, which teams compensate for by running more wing, but without sacrificing too much straight-line speed.

However, the high altitude also puts big demands on engines, with turbos spinning faster to inject air into the unit, a condition that tends to equalize engine performance among the manufacturers but which can also induce reliability issues.

Anorak fact: Mexico City's altitude is five-times the height of the Petronas Twin Towers in Kuala Lumpur. And we deliberately reference the Mercedes sponsor because the Brackley's squad's W13 charger is performing well this weekend.

The car's typically "draggy" characteristics appear to be less of a constraint in Mexico than at other venues.

While both Haas drivers were quickest through the speed trap in qualifying on Saturday, courtesy of the lower downforce setting on their VF-22, Lewis Hamilton conceding just over 2kph to Max Verstappen in terms of top speed in qualifying.

So, can Mercedes pull off that first elusive win of 2022 this afternoon?

As usual, everyone will need to compose with the elements and the circumstances. The track's low grip level caught out many drivers in free practice, and there no reason to believe that the challenge will be lesser on Sunday.

Regarding tyres, Pirelli has noted that the circuit tends to feature a dusty surface with plenty of track evolution. Understanding this and getting the tyre warm-up exactly right is likely to be the key to success, according to the F1's rubber supplier.

But with a bit of luck, Lewis Hamilton might just be able to save his so far winless season and Mercedes' honour. 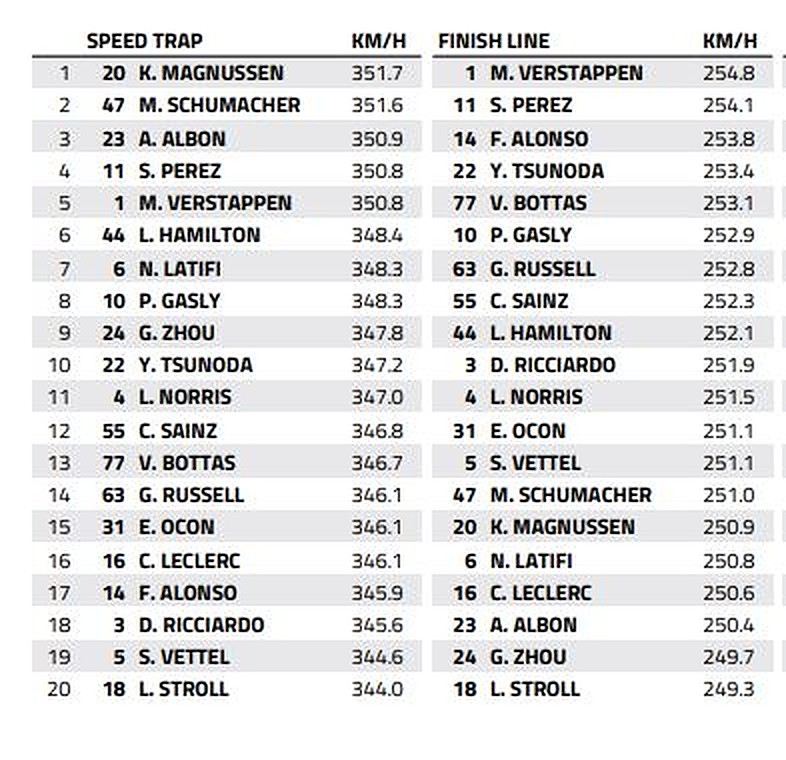