Mercedes admits it should have listened to Russell in Japan

In a bid to put both its drivers on the faster intermediate tyre as soon as possible in the race, Mercedes double-stacked Lewis Hamilton and Russell.

But slow execution by Hamilton's crews delayed Russell's change by three seconds which dropped him from P7 all the way down to 14th, behind Lando Norris and Yuki Tsunoda, from where he was forced to battle his way through the field.

Shovlin said the team had informed Russell that the "inters are quicker", so the sooner the switch the better. But the Briton asked to "stay out", to which he was told that he would lose ten seconds staying on the full wet tyres.

In hindsight, Mercedes' decision to bring in Russell proved costly.

"We've gone through all the timing of that and we have concluded that no, it wasn’t the right decision," explained Shovlin.

"We should have done what George was asking which was to give him the lap in in clean air.

"Now, we had seen that the intermediates were a lot quicker, so on the wets you would have lost time on track.

"But the problem was George and Lewis were a bit too close for us to be able to do the pit-stop without losing some time and that time ultimately cost George the position to Tsunoda and possibly even the position to Lando.

"It gave him a bit more of a challenge to deal with having to pass those cars to try and find any clean air." 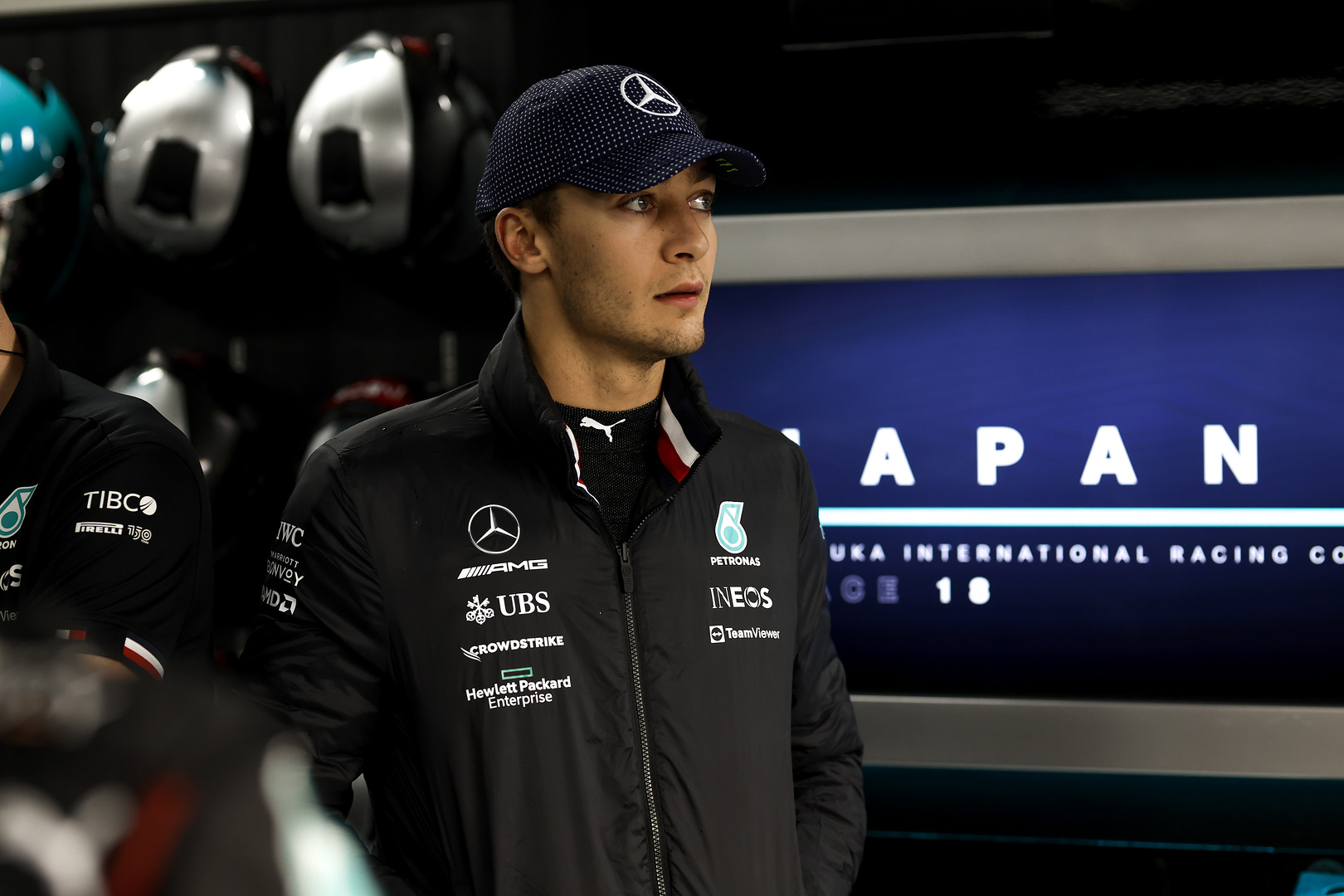 Unfortunately, a strategy misstep wasn't the only factor that impacted Mercedes' race at Suzuka.

From the outset, the Brackley squad, which anticipated a wet weekend, had opted for a high-downforce set-up.

That choice penalized the straight-line speed of Mercedes' W13 in a race in which DRS was never activated.

"We decided to stay at our highest downforce level, and part of that decision was that it was actually giving us the best lap times in the race," explained Shovlin.

"We were going to get high degradation in the dry, but we had also seen this rain that was coming in on Sunday and we felt that in a wet race that might be a benefit.

"As it happens, the DRS was never enabled, and that meant that overtaking was very, very hard and perhaps the right decision would have been a lower downforce setting." 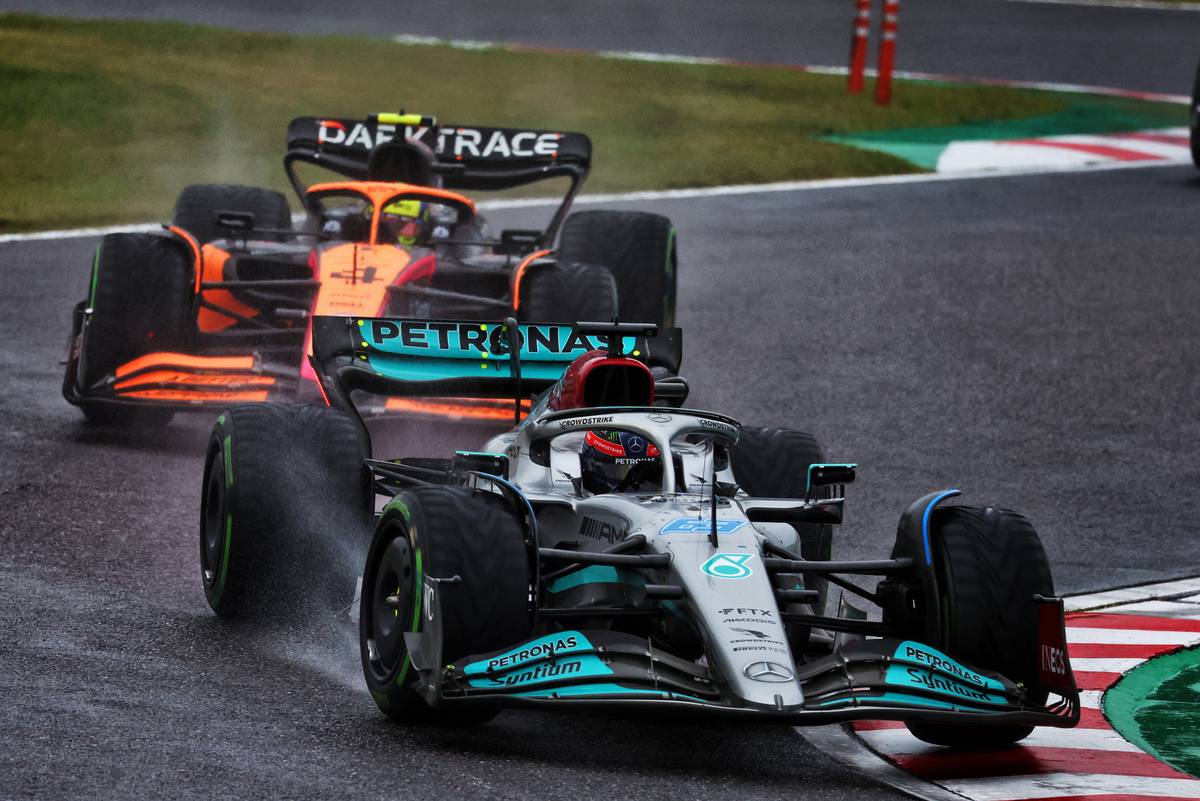 The W13's critical lack of downforce this season, a deficit embedded in the ground-effect car's design, is a major weakness that Mercedes admits it will need to correct for 2023.

"Fundamentally, one of the things that we need to improve on the car for next year is to get the car to have more downforce at the lower drag levels," insisted Shovlin.

"Then we can race those lighter wings and still be competitive in the corners."