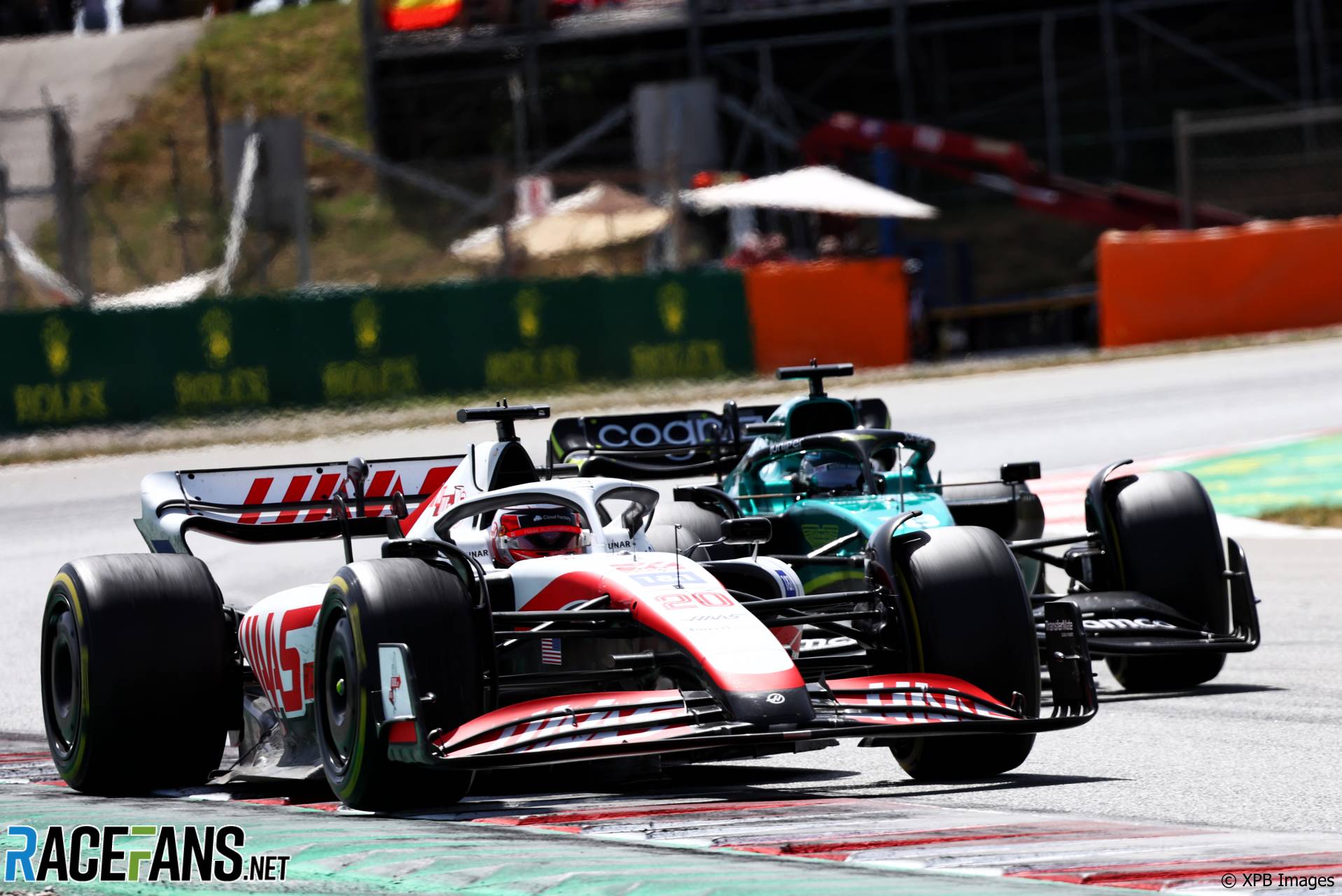 Kevin Magnussen says he meant nothing by his comments about Lewis Hamilton on the radio after the pair tangled at the start of the Spanish Grand Prix.

The two collided at turn four on the first lap of the race as Magnussen attempted to overtake Hamilton around the outside of the corner. “He knew what he was doing, he just rammed me,” fumed Magnussen on the radio after the contact.

Magnussen downplayed his reaction after the race. “Of course you’re always pissed off in the heat of the moment,” he said. “I’ll go and watch it again, see what happens and then move on.”

He went on to finish 17th, which was his third point-less finish in four races. Magnussen said he exclaimed out of “frustration that I was out of the race.”

“You say whatever you say, and then you go and look at it and it’s often a different story,” he added.

After qualifying inside the top 10, Magnussen said he had missed out on a points-scoring opportunity.

“We qualified eighth, looks like we had a faster car than a lot of cars to score points today, so of course we’re frustrated,” he said. “But we’ll sleep on it and then move on to the next one.”