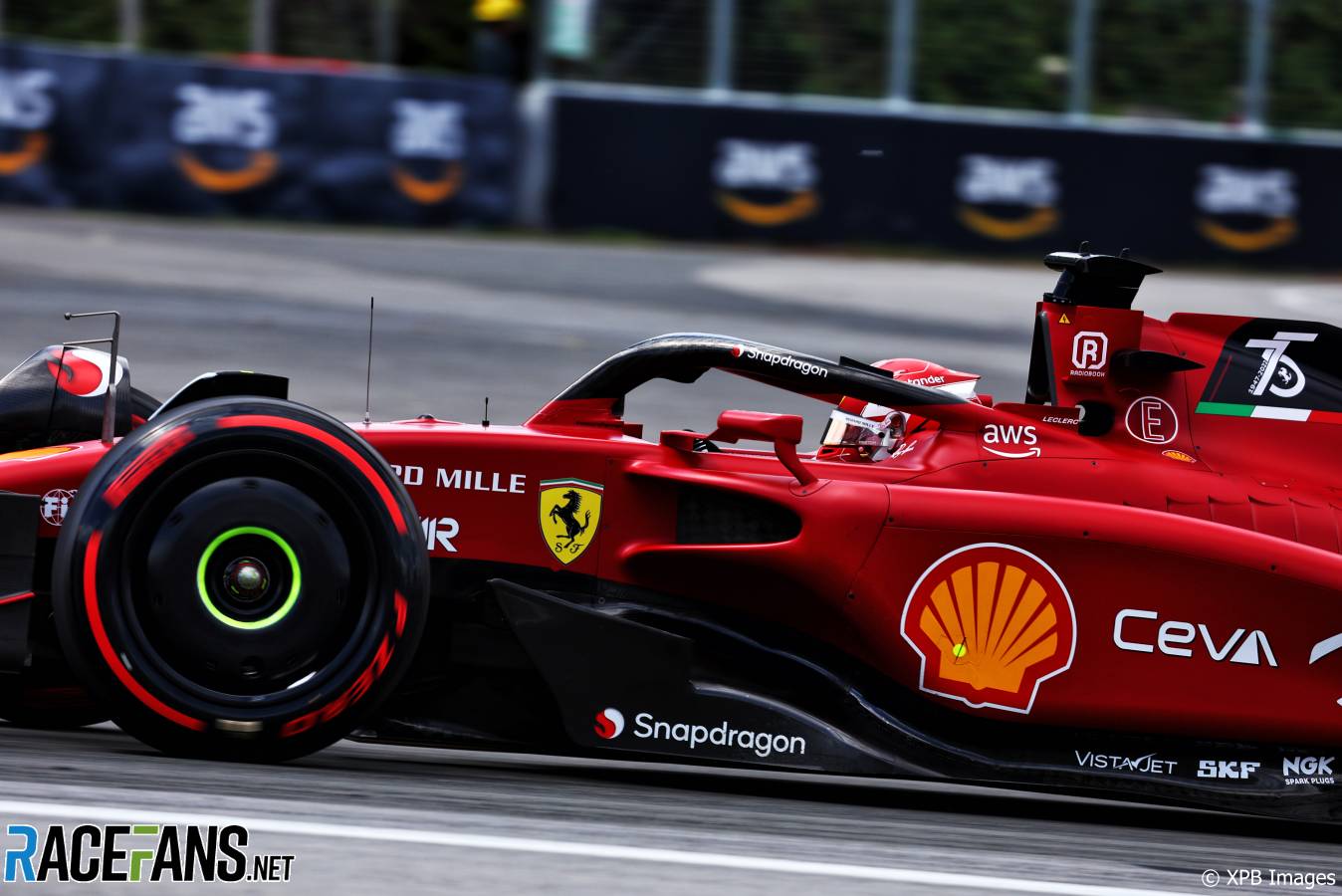 Charles Leclerc will start the Canadian Grand Prix from the back of the grid after Ferrari fitted a series of additional new power unit parts to his car ahead of final practice.

The Ferrari driver was already due to take a 10-place grid penalty after exceeding his maximum allocation of control electrics yesterday. Further new parts fitted today will move him past the maximum limit of several other components.

Leclerc is running a new internal combustion engine, turbocharger, MGU-H and MGU-K today. All four move him past the limits of each. He also has a new exhaust, his fifth, but remains within the limit of eight.

Yuki Tsunoda, who was already due to the start from the back of the grid, has also collected a further penalty as AlphaTauri have put a third energy store and third control electrics in his car.

Other drivers have taken new parts without incurring penalties. Carlos Sainz Jnr has moved onto his third engine – his final penalty-free change of that part – and Valtteri Bottas has taken his second and final new energy store.