Charles Leclerc headed into Sunday's United States Grand Prix knowing that his race would be compromised by a ten place grid penalty for additional power unit components that dropped him to 12th on the grid.

That was despite finishing in second place in Saturday's qualifying session at the Circuit of the Americas.

But Leclerc accepted the challenge and made immediate progress as the lights went out, even as his Ferrari team mate Carlos Sainz was punted off into a spin by George Russell at the first corner.

Five laps into the race, Leclerc was up to fifth place. He resisted the temptation of an early pit stop and stayed out, benefitting from a 'free stop' when Valtteri Bottas got stuck in the gravel.

A problem on pit lane for race leader Max Verstappen then promoted into the top three, but he was unable to prevent the Red Bull from passing him on lap 39 and sailing off into the distance to claim victory.

Instead, Leclerc focussed on protecting the final podium position from any challenge from Sergio Perez. While he was successful, Leclerc admitted that he had been hoping for better than third place despite his poor grid spot. 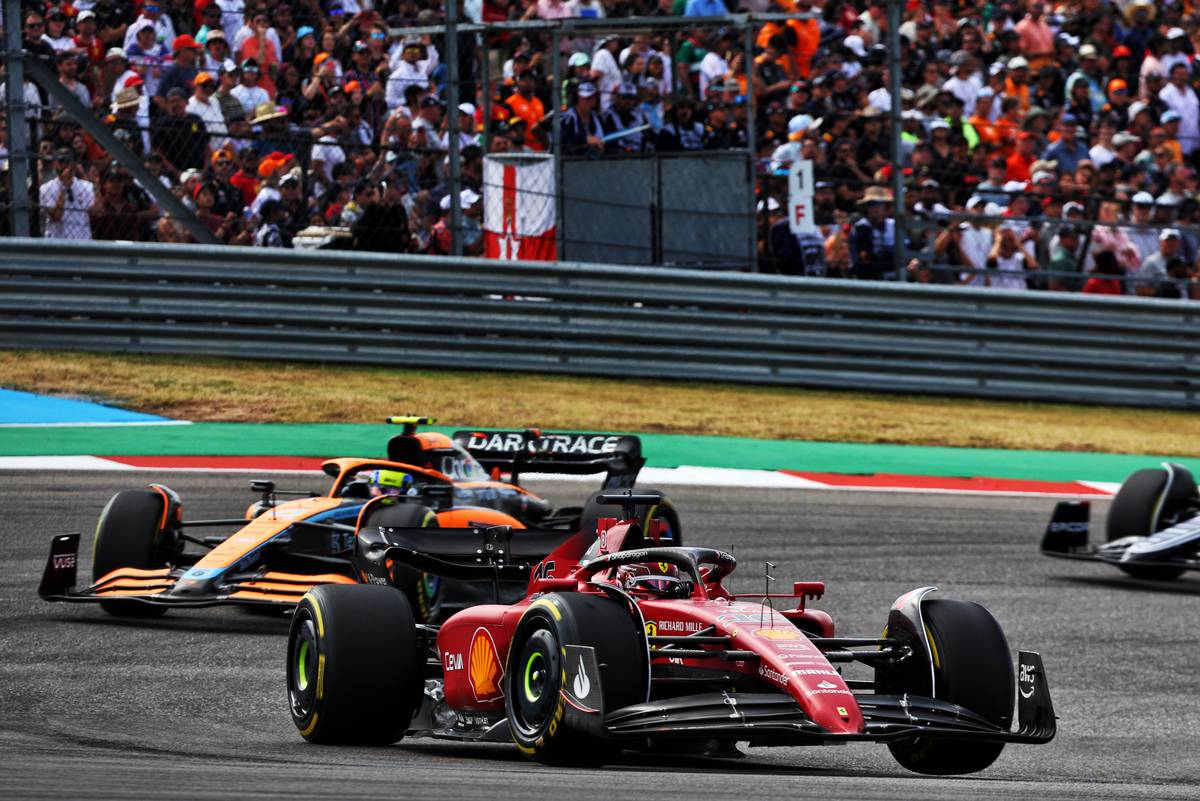 “I'm satisfied in a way because we started P12, so a podium is a good achievement," he acknowledged. "But looking at the race it’s obviously a little bit disappointing.

"I had a solid start and after that, the first few laps were all about practicing patience. Things looked quite good and we even got lucky with the timing of the safety car."

Leclerc's efforts to stay ahead of verstappen resulted in too much degradation, forcing him to play safe in the final laps in order to prevent Perez from catching him.

“We had the pace but then we had a little bit too much deg towards the end of the race," he explained. "I felt like we were limited by the tyre degradation mostly. 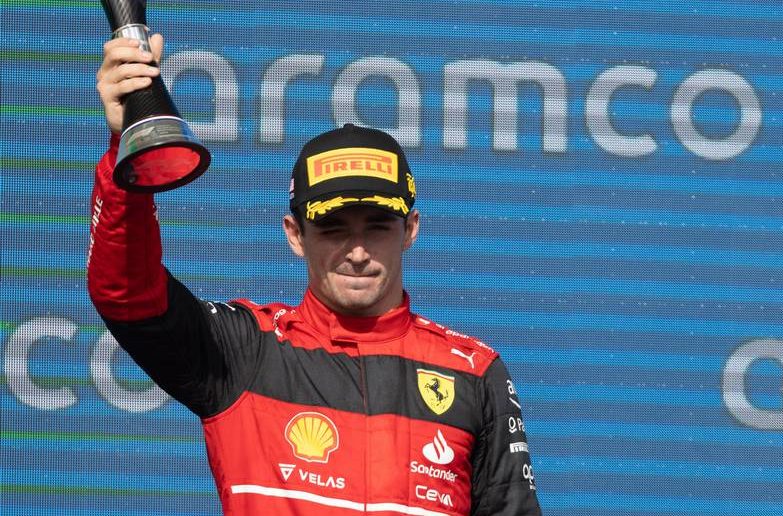 “It was a fun race and I really enjoyed the battles with Max and Checo on track today," he added. "We just need to keep working in order to challenge them a bit more towards the end of the races.

“The pace is there, we’ve been strong all weekend. But then towards the end we ran out of tyres, and then it was difficult.”

Leclerc added that Ferrari needs to be more “consistent” with their tyre performance if they're get to the level of understanding needed to win races and challenge for next year's championship.

“It’s little details here and there,” he said. “We made it right sometimes, we made it wrong sometimes, but we just need to be more consistently on top of this.

"For that we need to try and understand the dynamics of all of this, so that is the process we are going through at the moment," he added. "But we will work [on that], and at the end P3 starting from P12 is not that bad." 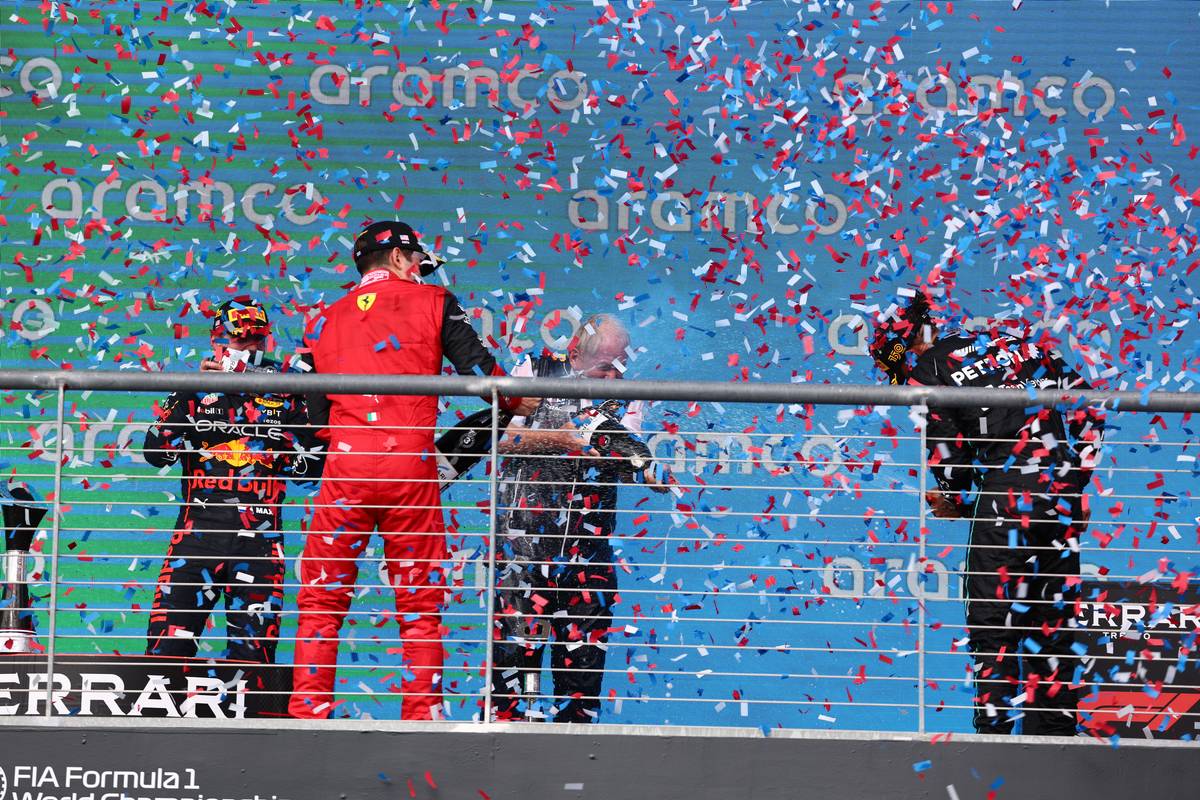 The result means that Leclerc moves back ahead of Perez in the drivers championship. With three races remaining, Leclerc is two points ahead of the Mexican.

Leclerc and Sainz are also focussed on the constructors championship, where Ferrari are on track to claim the runners-up spot after Red Bull sealed the title this weekend.

While Ferrari still has a 53 point lead over Mercedes in the standings, they lost 14 points of their lead coming into Austin in part because of Sainz' DNF.

"Charles meanwhile a great climb up the order which took him all the way to the podium," commented Ferrari team principal Mattia Binotto. "We know that currently, we are lacking something in the races when compared to Red Bull.

"We will continue to work on giving them a hard time, starting right from next week in Mexico," he added. "Naturally we are also working hard on our preparation for the challenges that lie ahead next season."