There were six drivers from four teams who went into the final feature race at Monza in title contention, and four of those drivers had F1 backing.

Alpine protege Victor Martins came out on top, but was he the highest performer across the season from the 40 drivers that took part? Here’s our run-down of the top 10. 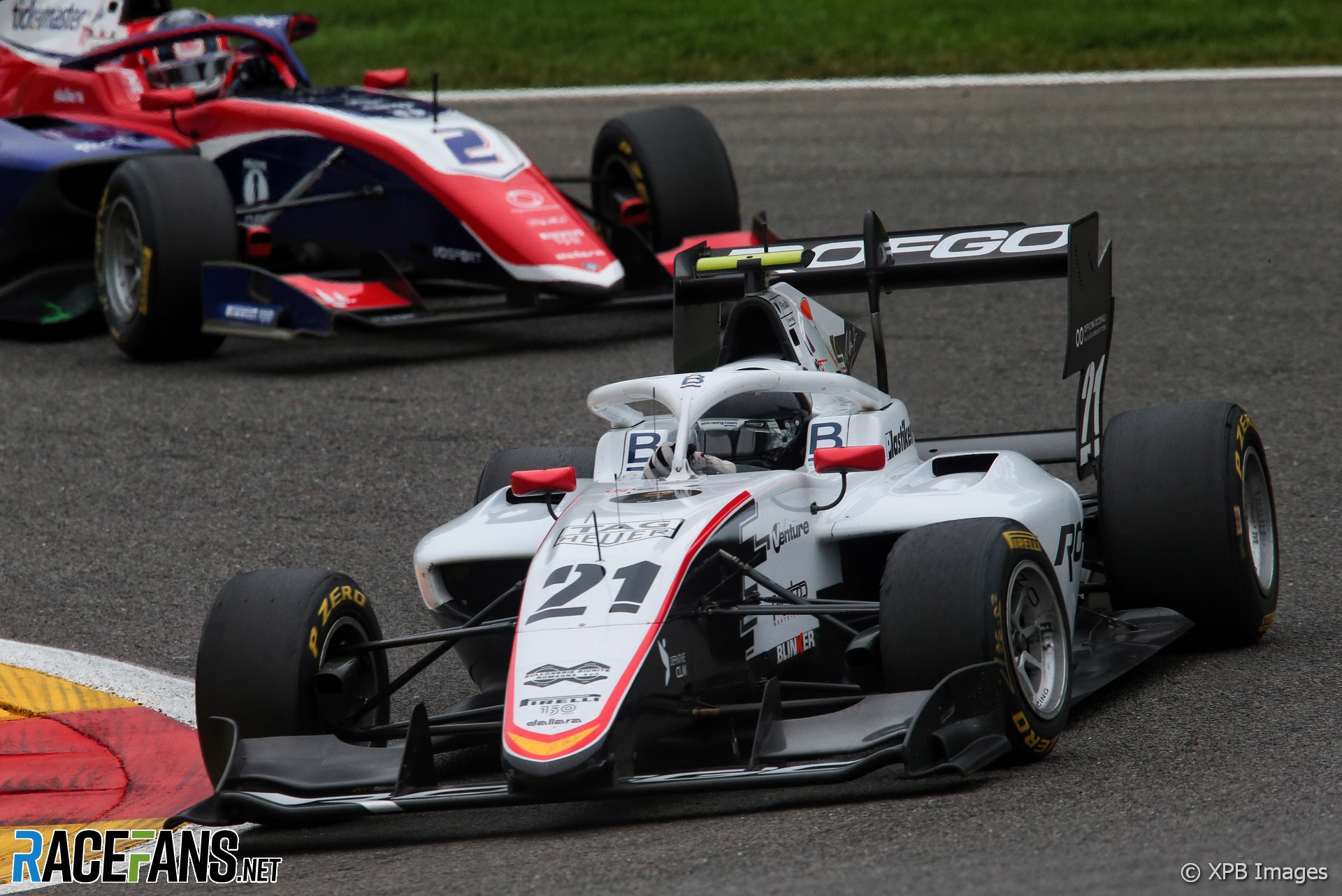 He may have only done two rounds, and came 19th in the standings, but the way Goethe adapted to F3 was not only impressive but also embarrassing for his team mates as it did not take him long to start beating them.

Goethe was fastest of Campos’s three drivers in qualifying for his debut at the Hungaroring, turned reversed-grid pole into a points finish in the sprint race, then at Spa-Francorchamps was second fastest in practice and fourth in qualifying.

His strong pace did not lead to a sprint race result, as he had a big crash with Zane Maloney, but he bounced back the next day by leading the feature race and finishing fourth after a rival was penalised.

Goethe’s scoring rate from four races was strong enough to have put him 11th in the championship, and tellingly was only bettered by two other rookies to F3-level racing. 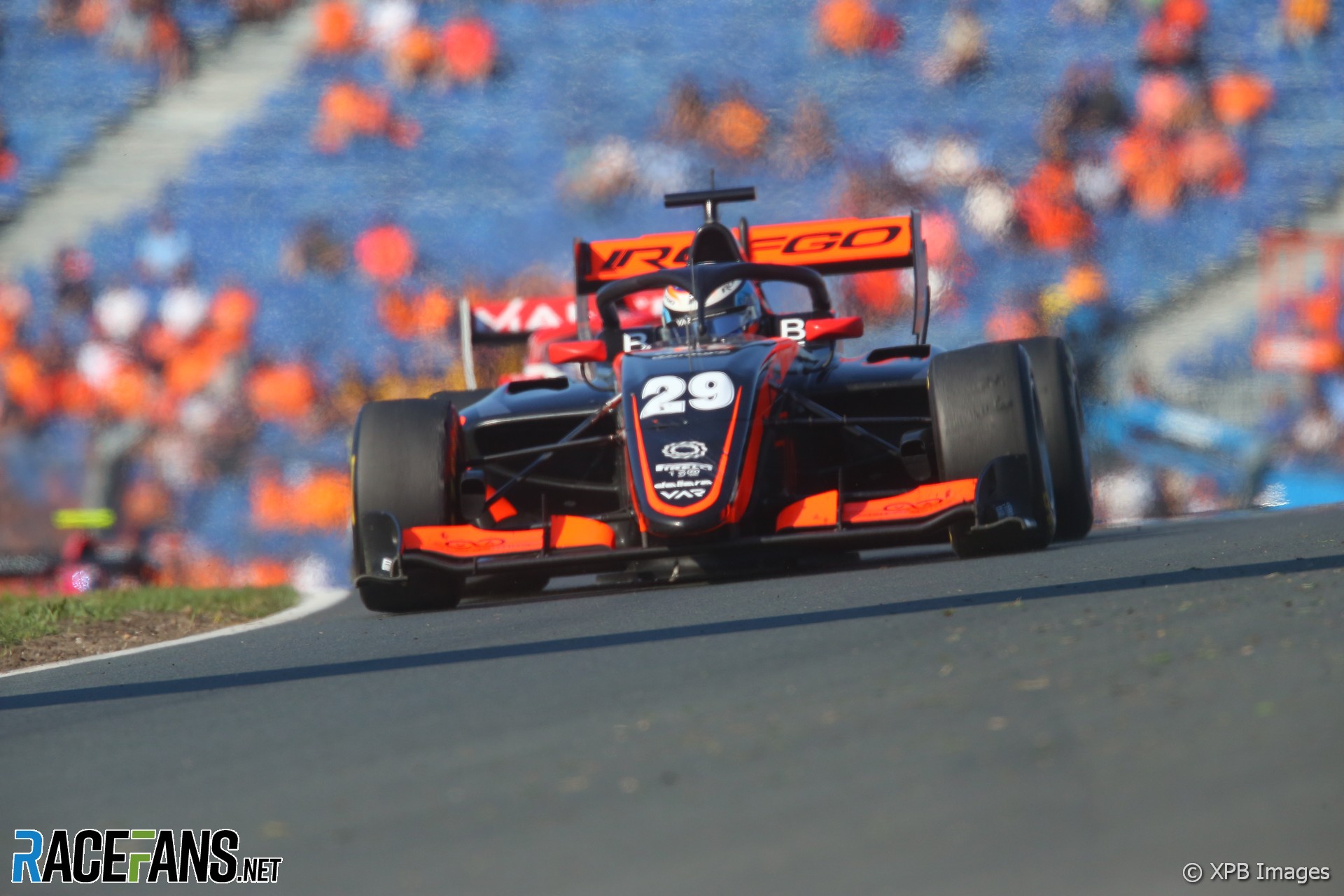 Colapinto bookended his season with his best performances

As comfortable in a sports car as he is a single-seater, Colapinto was tasked with leading Van Amersfoort Racing’s entry into FIA F3.

The Argentinian was already familiar with the Dutch approach to racing, and he started the season in style by taking pole on his and the team’s first attempt at Bahrain. He could only convert that into a fifth place finish in the main event, but at the very next round he claimed the partnership’s first win with a last-lap pass in a chaotic Imola sprint race.

After that the results did not come easily, but he claimed two further sprint race podiums, made the feature race podium for the first time at Zandvoort and then impressed with a lights-to-flag sprint win at Monza. Five of his eight points finishes were podiums, and he contributed 76 of VAR’s 91 points. 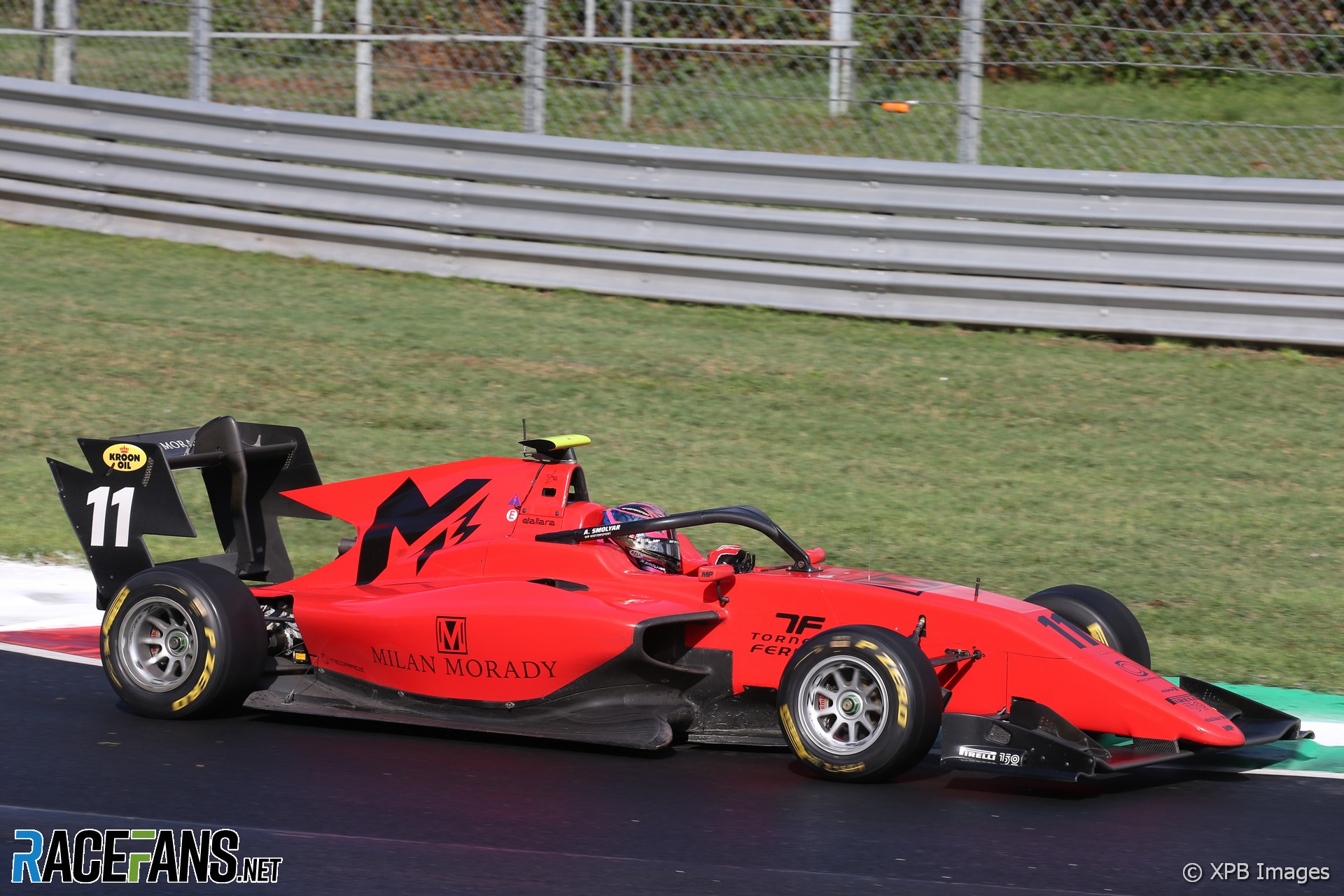 Being in his third F3 season counts against him, and on average he was the 12th or 13th fastest driver in the championship as he failed to put together many complete weekends. But when opportunities presented themselves to Smolyar, he made the most of them.

He started the season with a third place, was a consistent scorer thereon despite having to miss the Silverstone round due to a ban on Russian athletes competing in Britain, and was one of only two drivers to claim pole position more than once.

At the Hungaroring he started from the front and comfortably won a wet-to-dry feature race, was on the podium again the race after at Spa, and ended 2022 with pole and a fastest lap at Monza. But those peaks aside this was a season where the returns needed to be bigger. 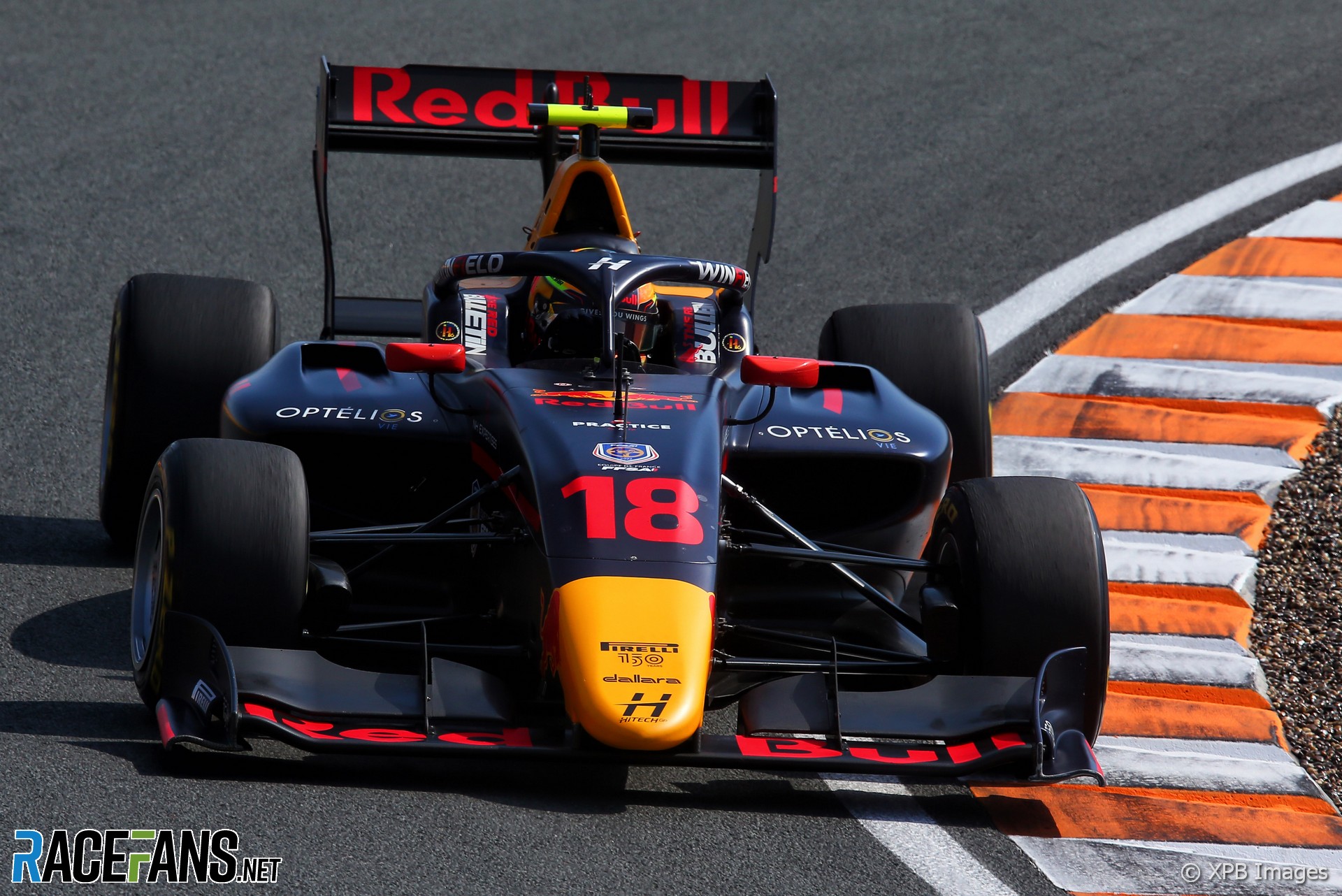 Hadjar proved to be an inspired addition to the Red Bull Junior Team and the standout driver in Hitech’s line-up.

Winning his debut race, after Ollie Bearman copped a track limits penalty, put him in a brief points lead. Yet he didn’t return to the top of the standings until the second half of the season despite a win and two third places in the feature races and a sprint race win following his Bahrain success.

Hadjar was arguably title favourite once he did reclaim the points lead, but the pressure seemed to affect him after that. In the last seven races of the year his best finish was fifth, he crashed out of a key qualifying session and sank to fourth in the standings. But his mid-season run of eight consecutive points finishes was bettered by nobody else. Driving for an uncompetitive team, O’Sullivan was able to stand on the podium two times and qualify on pole at Silverstone. Outside of those instances, he only scored points three times though and finished 11th in the championship standings.

His average starting position based on qualifying was 12.9, and he was at his most competitive in the more chaotic races which made it hard to tell what his true pace was. But that was a blessing as the more clear running there was in a race, the more it exposed Carlin’s weaknesses with F3’s Pirelli tyres.

O’Sullivan impressed his peers throughout, and it will be fascinating to see what he can do in one of the fancied Prema cars next year after missing out on graduating to Formula 2. Crohn’s disease struck down Edgar early in the year, putting him in a compromised state at the Bahrain season opener and ruling him out entirely from competing at Imola and Barcelona.

But he was still able to do a top job once he had regained weight and returned to the grid, scoring in eight races out of 12 and finishing in the top five four times. He also set the fastest lap in two races. As impressive as his return was, he was admittedly thoroughly beaten by his team mates at Trident when all three had a very competitive car. Maloney produced a superb second half of his 2022 campaign

Maloney raced at this level in 2020 but found himself getting more frustrated as the season went on and stepped down to Formula Regional for 2021. When he stepped back up this year he chose FIA F3 as the series to race in, and getting a seat at reigning champion team Trident provided him with the equipment to star at the front.

But Maloney’s campaign began with few highs. He took pole at Imola, but threw away a maiden win with a mistake and scored zero feature race points in the season’s first half. His turnaround after that was huge though, having the best average starting position of anyone and finishing fifth, second and then first three times in the last five feature races to end up five points short of being champion.

Without several of his own errors, he definitely could have won the title. 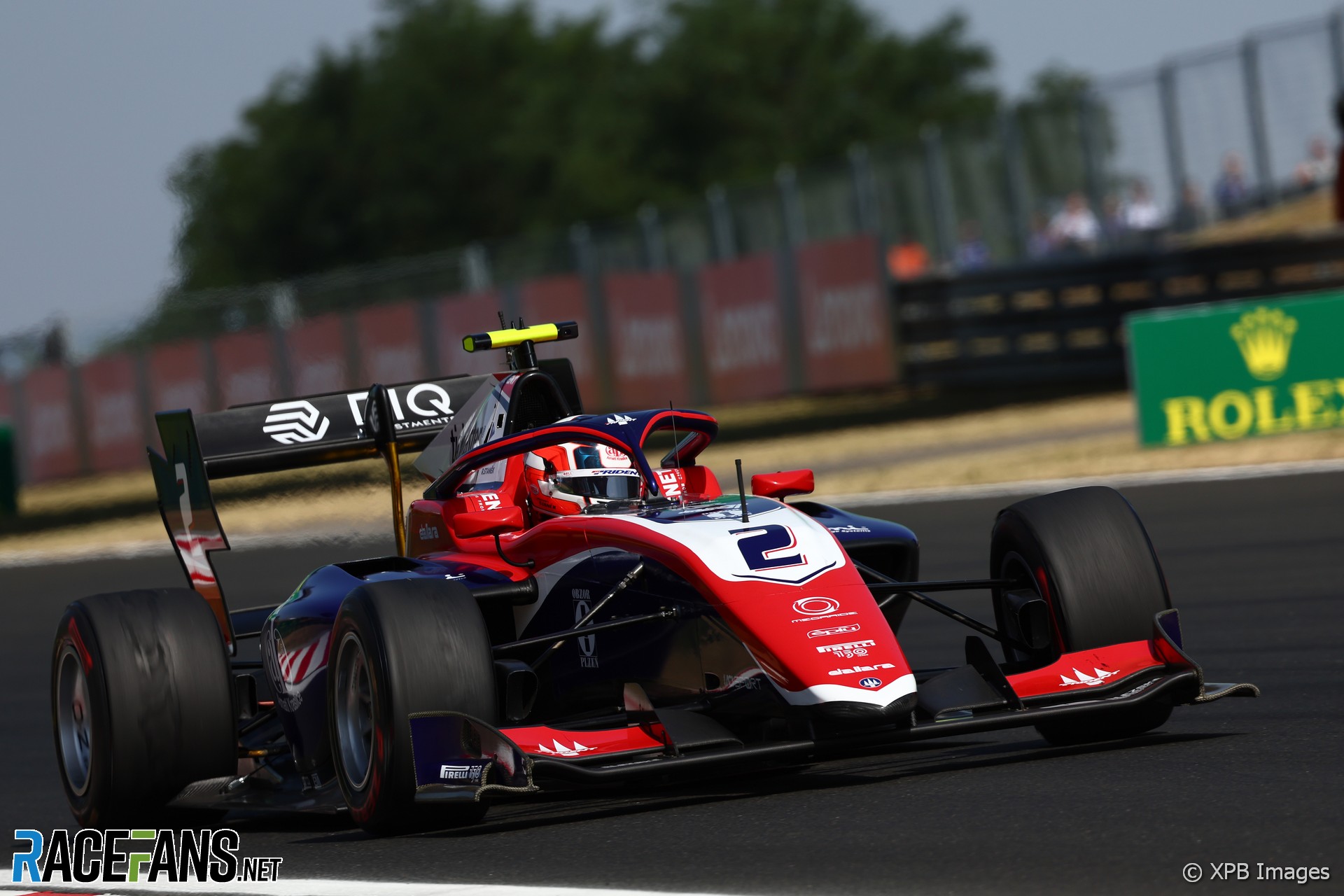 It may have taken 42 races for Stanek to win in FIA F3, but this was actually his fourth year in cars and by far his most complete.

He was the benchmark driver on single-lap pace on average, although that translated into pole position just once, and only Maloney had a superior average position. Stanek’s race pace was not as strong, but he almost always scored. Because of that Stanek was always in the title fight, although he was never the favourite.

Had it not been for a disastrous opening round he probably would have scored even more points, and he confidently led Trident during Maloney’s struggles and Edgar’s absence. The results, including a win at Imola and podiums at Barcelona and Spa, also saved his racing career. Despite his qualifying prowess, Stanek only led three laps all season and it’s difficult to win titles like that. Martins claimed the title despite never starting from pole position

The champion did not always have the fastest car, and it was very clear when that was the case, but he did not take a pole position and was not on the podium enough times to be the standout driver of the year.

He won the Bahrain and Barcelona feature races, both impressive performances, and came second in the higher-scoring race at the Red Bull and Zandvoort too, then most importantly kept his cool in the intense title-decider at Monza to come away with just enough to be crowned.

Martins was second-fastest on absolute pace but only fifth-best for average starting position, and ART’s struggles meant he was not near the top on race pace. Now he is searching for the budget, and Alpine’s assistance, to graduate to F2. 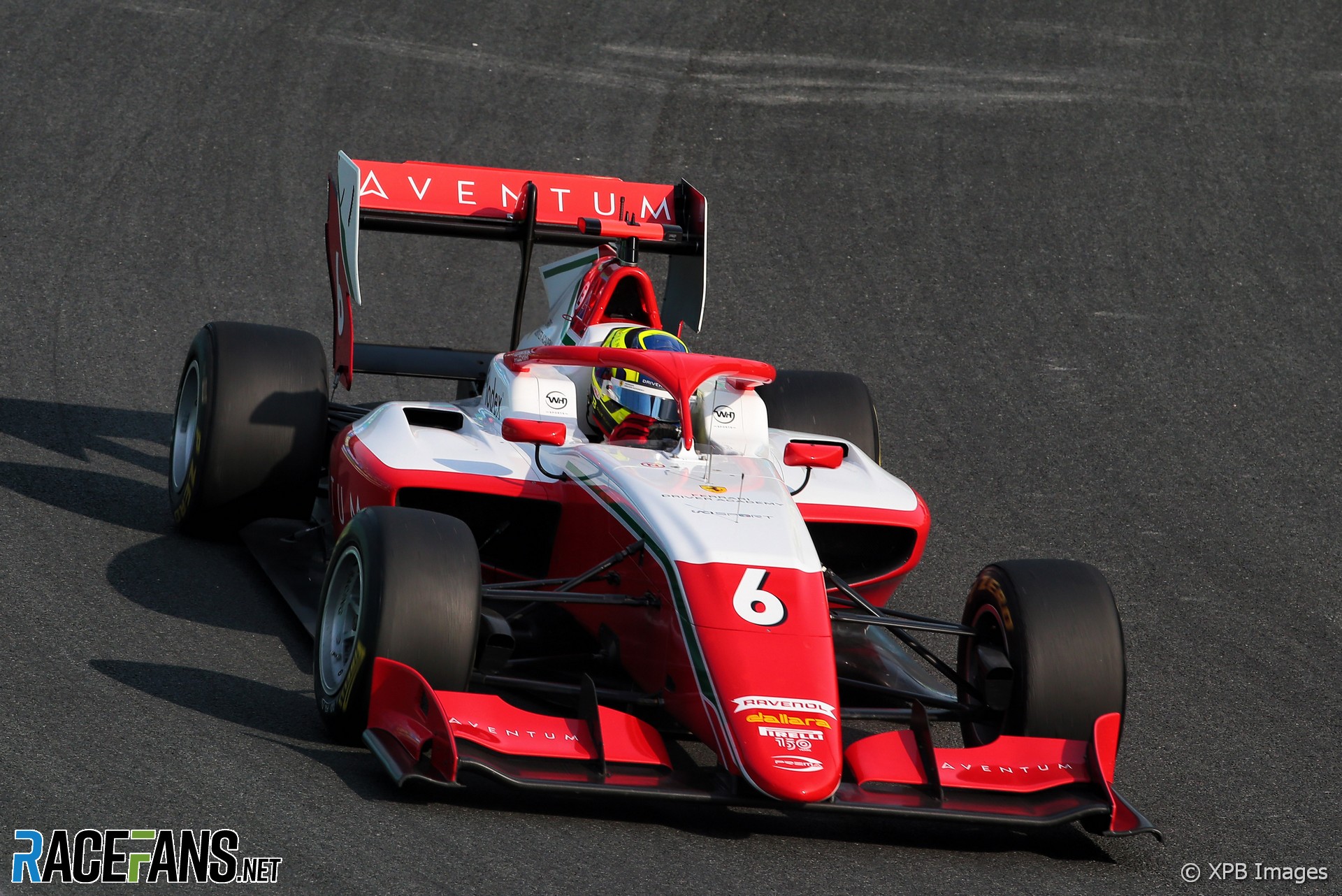 Coming straight from Formula 4, Bearman was immediately capable of winning in F3. That was not surprising given he was driving for the crack Prema team, but it was a surprise it actually took him 13 races to start his victory rally.

Bearman met the chequered flag on his debut, but a time penalty for track limits abuse dropped him to second. That would be the first of eight podiums, two more than anyone else.

Five of those podiums came in feature races, another unmatched feat, and he led the way on race pace too. It’s almost a shame that Bearman is progressing to F2 next year because it would have been interesting to see what heights he could have reach with a second season. Instead he graduates from F3 with one win, one fastest lap and a points haul that was only seven short of the champion’s.