How should Sebastian Vettel be remembered – and how good was he really?

Statistics don’t measure greatness, but Sebastian Vettel’s four world championships, 53 victories and 57 pole positions automatically qualify him for that status. The only question is one of magnitude, of how great he is. We can now attempt to answer following his Formula 1 retirement.

Vettel’s career trajectory is curious. A meteoric rise through the junior ranks, almost-immediate success with an unheralded Toro Rosso team then, before the age of 27, he’d produced the vast majority of his F1 success with Red Bull.

READ MORE: ‘I was just so proud of him’ – Norbert Vettel on his son Sebastian’s journey from karts to world champion

When Vettel triggered his release clause to join Ferrari for 2015 after a winless campaign as Red Bull floundered at the start of the V6 turbo hybrid era, success seemed written in the stars. Just as his mentor Michael Schumacher’s early success with Benetton was simply a prelude to his glory days with Ferrari, Vettel’s Red Bull stint might merely have been the preamble to something amazing.

But his six years at Maranello disappointed, followed by a cathartic but, in terms of results, unsuccessful two years with Aston Martin. To measure Vettel’s greatness, first one must weigh up the two parts of this unbalanced career. 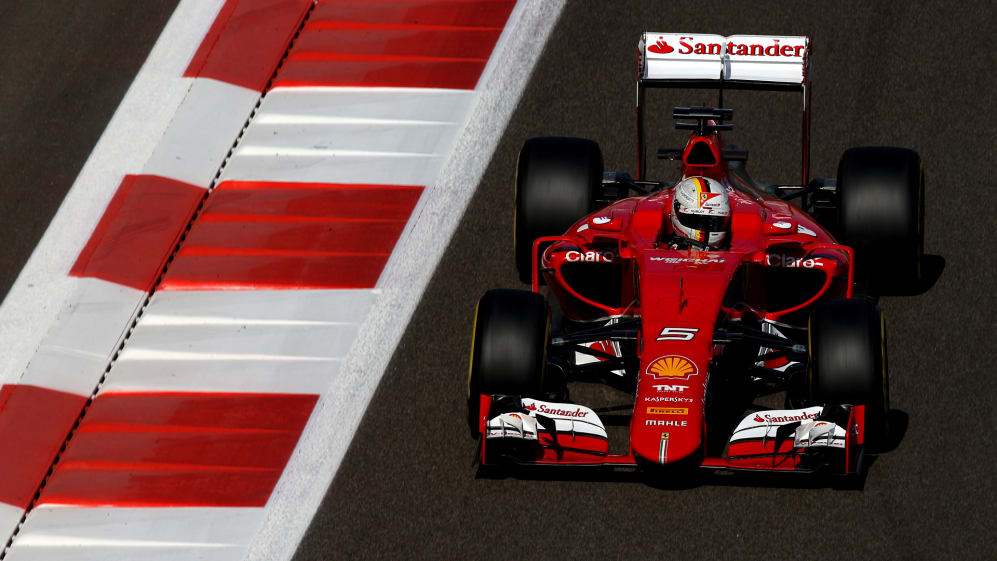 Early Vettel (2007-2013) was a phenomenon. Speak to those who worked with him as he ascended from karting hopeful to superstar and the message is consistent. Yes, he was fast, but there are many quick drivers. What marked Vettel out was his attention to detail, his dedication, the determination to leave no stone unturned. Schumacher was the prototypical modern, all-round driver, and Vettel followed his lead to the letter.

ORAL HISTORY: The inside story of Sebastian Vettel’s first Formula 1 point on debut in the 2007 US GP

“Many drivers have the skills, the talent,” says Franz Tost, Vettel’s team boss at Scuderia Toro Rosso in 2007-8. “In the past, there were a couple of drivers from the speed, only from the speed, that could have won the championship.

“But they were either stupid or something else. They couldn’t get it together because they didn’t understand the ingredients you must bring together to become a successful driver.” 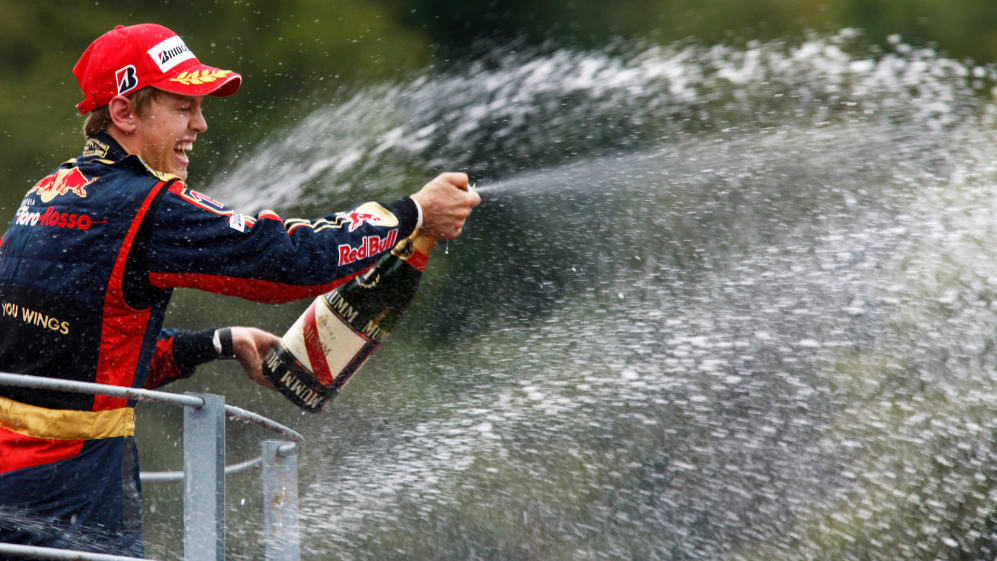 Tost is characteristically brutal, but accurate. Many drivers take years to embrace this reality, some never do, but Vettel was already there even before he got to F1. Speak to Frederic Vasseur, now Ferrari Team Principal but then running the ASM Formula 3 squad that Vettel raced for in 2006, and he says a similar thing. Vettel had a voracious appetite for self-improvement.

That’s something reflected in his approach once he was the finished article in F1. During the Toro Rosso years, he built great understanding of his driving, deconstructing it and grasping what he needed to be quick. A strong front end, a stable rear that he rotated with confidence on corner entry, and Vettel was dynamite. He carried that into his Red Bull years. 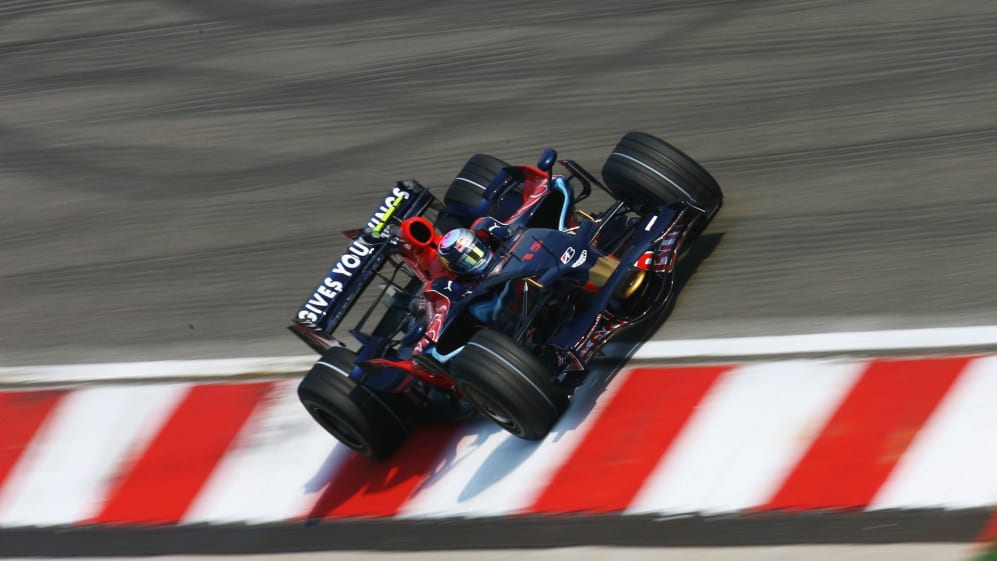 Vettel would carry over his Toro Rosso learnings to Red Bull

There, like all great drivers, he made superb machinery better. Exhaust-blown aero existed in various forms across Vettel’s four title-winning years in 2010-13, but it was his diligence and excellence in adapting his technique that made the most of it.

The throttle wasn’t only a means to deliver power to the wheels, but also as a gasflow pump to create aeroload. At times, that required the adoption of a counter-intuitive technique, one that gave the car more downforce and, crucially, delivered it in a way and at a time Vettel required to give him the rear end he needed. There were echoes of Ayrton Senna’s legendary throttle-pumping technique in what Vettel did – it was that good.

This was peak Vettel, racking up seemingly endless pole positions and dominant wins. While usually these were the lead-from-the-front triumphs demanded by a car that generally carried more downforce and therefore drag than rivals, there were also wins from behind, notably passing Fernando on the grass at Monza to win in 2011 and recovering to sixth to clinch the title at Interlagos in ’12 after clashing with Bruno Senna on the opening lap.

Vettel was no one-trick pony. The Vettel during this period was genuinely outstanding, comparable with the best four-year spells of the legends. 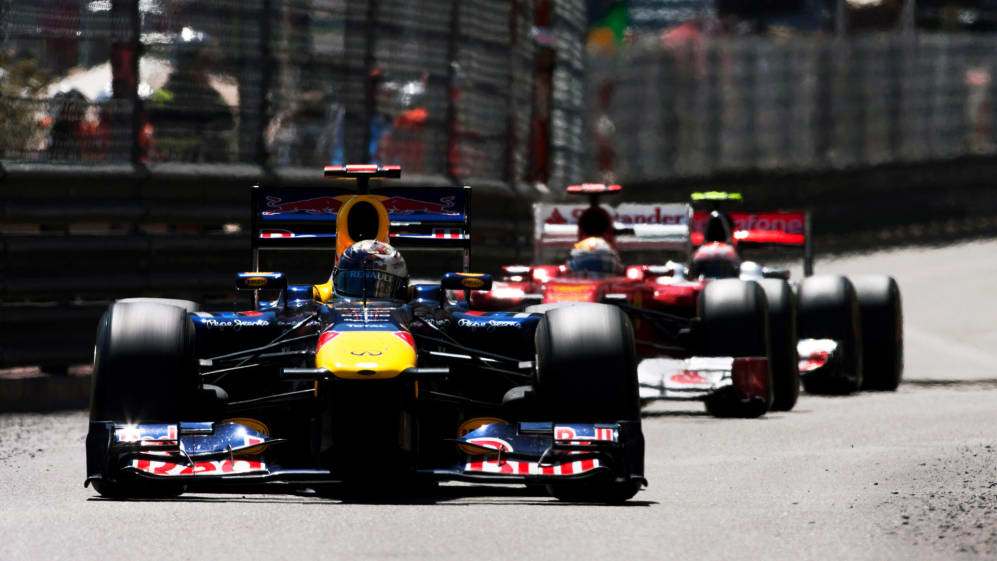 Vettel embraced the machinery he was given at Red Bull

But there were moments during this era that hinted at the frailties to come. There were mistakes, particularly in 2010, and the controversies with team mate Mark Webber, that foreshadowed what was to come in his Ferrari years.

After being outperformed by new team mate Daniel Ricciardo in 2014 – a season during which Vettel performed better than most remember and suffered more than his fair share of car problems, but which was nonetheless below par – there came the move to Ferrari.

READ MORE: ‘He’s one of the greatest F1 drivers ever’ – Horner picks out the season Vettel reached a ‘different level’

It started wonderfully, with a first victory second time out in Malaysia and three victories in a year of recovery for Ferrari. But the inherent instability of Ferrari had already been exposed by the fact Luca di Montezemolo, who had been instrumental in the German’s recruitment, left before Vettel even arrived.

The peak of Vettel’s Ferrari years were 2017 and ’18. In the first of those years, he was neck-and-neck with Lewis Hamilton heading into the final seven races of the season. But at the start of the Singapore Grand Prix, he triggered an accident that eliminated both Ferraris and Max Verstappen. Ferrari’s reliability problems likely would have made it difficult to close out that title push, but the Singapore result shattered Vettel’s momentum. 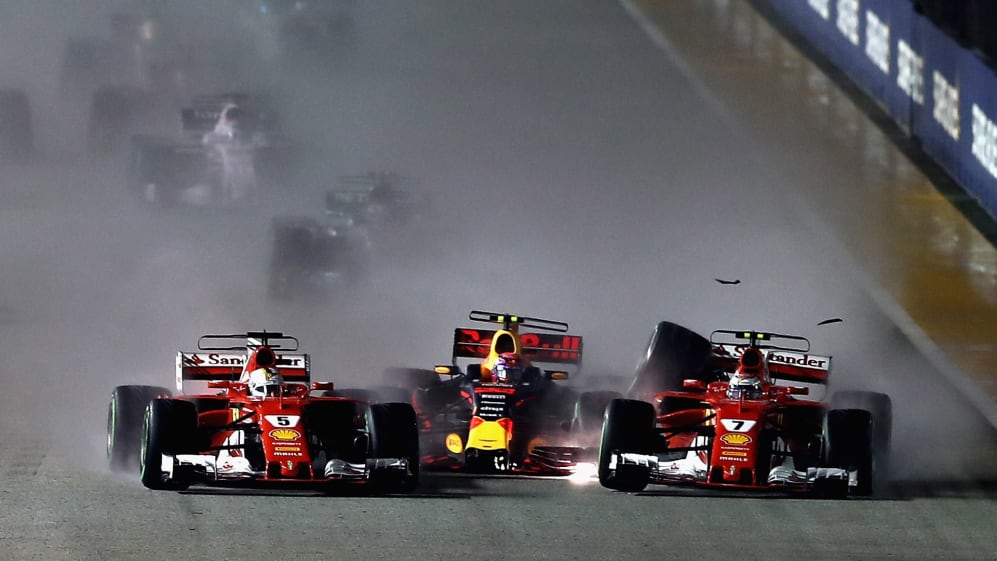 However, losing his cool and deliberately sideswiping Hamilton under the Safety Car at Baku was the more revealing incident. It was an extraordinary moment of aggression, one that couldn’t be excused by his annoyance at what he saw as Hamilton’s shenanigans building up to the restart, and something entirely out of kilter with Vettel’s affable, easy-going character. Even Vettel seemed to struggle to come to terms with his own inexcusable actions.

In 2018, the Ferrari was a stronger all-round car but Vettel made too many mistakes. Sliding off while leading in tricky conditions at Hockenheim is regarded as the moment the season went wrong for Vettel – and it was a blow – but the error rate in races was too high beyond that.

And those errors were telling. At Red Bull, they happened but not with this frequency, and the environment and volatility of Ferrari clearly didn’t work well for Vettel. He felt at odds with team management, particularly in later years, and didn’t react well to the challenge posed by new team mate Charles Leclerc.

Inevitably, that led to Ferrari deciding not to renew his contract for 2021. The Vettel at Aston Martin seemed a happier, more relaxed character and, while still inconsistent, he regularly produced performances that had vanished in his final Ferrari year. 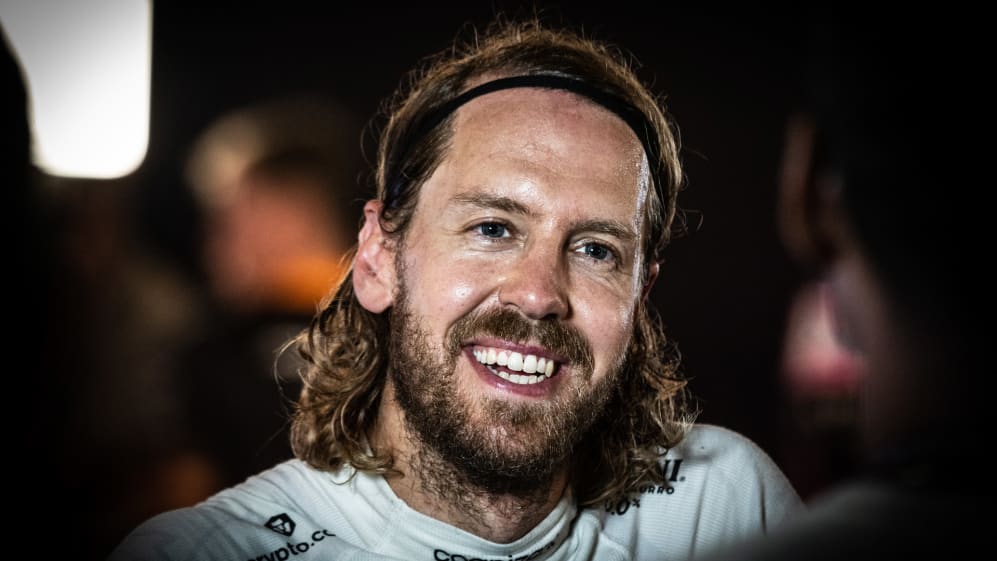 So which is the real Vettel? The fact that that’s the obvious question is symptomatic of the one weakness, which is that he required a narrow set of conditions – both in terms of his environment and car dynamics – to be at his brilliant best. Then, he was as good as anyone has ever been.

Outside of that window, Vettel was a more erratic performer – a trait magnified by being seduced by the understandable allure at Ferrari that plunged him into an environment that was very different to the one he thrived in at Red Bull.

Vettel was a flawed genius, perhaps one of the most human of the great champions in F1. That’s what made him so popular, even if the emotional volatility did sometimes boil over.

While not a man for all seasons, he deserves to be remembered at his brilliant best, doing seemingly impossible things with Red Bull machinery.