Yes, it is too early for Christmas songs. So rather than ‘The Twelve Days Of Christmas’, may I use the 2022 Mexican Grand Prix to present to you: ‘The Five Rookies Of Free Practice 1’. It’s not quite as catchy, but it tells a more interesting story, and only two of them make it to the end.

Before we really get going, maybe we should just have a quick zoom-in on the word ‘rookie’. I don’t think Pietro Fittipaldi or Nyck de Vries really count as rookies. After all, they’ve taken part in actual F1 races. Having acknowledged that, Fernando Alonso took part in the 2020 young driver test at the age of 39, so who cares about what words mean?

Poor Pietro suffered an MGU-K failure and, boy, could you hear it go wrong. This was one of those ‘you-don’t-need-to-be-an-engineer-to-know’ type failures. And to offer some context as to how Fittipaldi’s engineer felt about what the data was telling him:

I don’t know about you, but this gives me the sense that something distinctly suboptimal took place.

The session is stopped as Pietro has to pull over in Sector 1 with an issue with the car.

Now look, I don’t want to go all ‘tin-foil hat’. But, Gasly was very angry about his AlphaTauri’s brakes in Japan and Austin – blaming them for being knocked out of qualifying at both Grand Prix. And now look! Lawson appears to have suffered a brake failure. This can’t be a coincidence… What on earth is going on with the AlphaTauri’s brakes?!

LAW: "I have no brakes, brakes are completely gone" 😬

So both Fittipaldi and Lawson suffered reasonably dramatic unreliability issues, with both having to stop on track. You won’t believe what happened to Doohan… Actually, I’m just kidding – he just had to pull into the pits early due to some anomalies in the data. The only anomaly I can see is how uneventful Doohan’s early retirement was.

FP1 in Mexico in the bag. Unfortunately, Jack’s session came to an early finish as we stopped the car as a precaution.

De Vries and Sargeant both appeared to have a much smoother time of it. Perhaps that’s why they’ve both been offered race seats for next season. Maybe they bring those good reliability vibes to the table.

Do you think Nyck de Vries and Logan Sargeant have magical reliability powers? 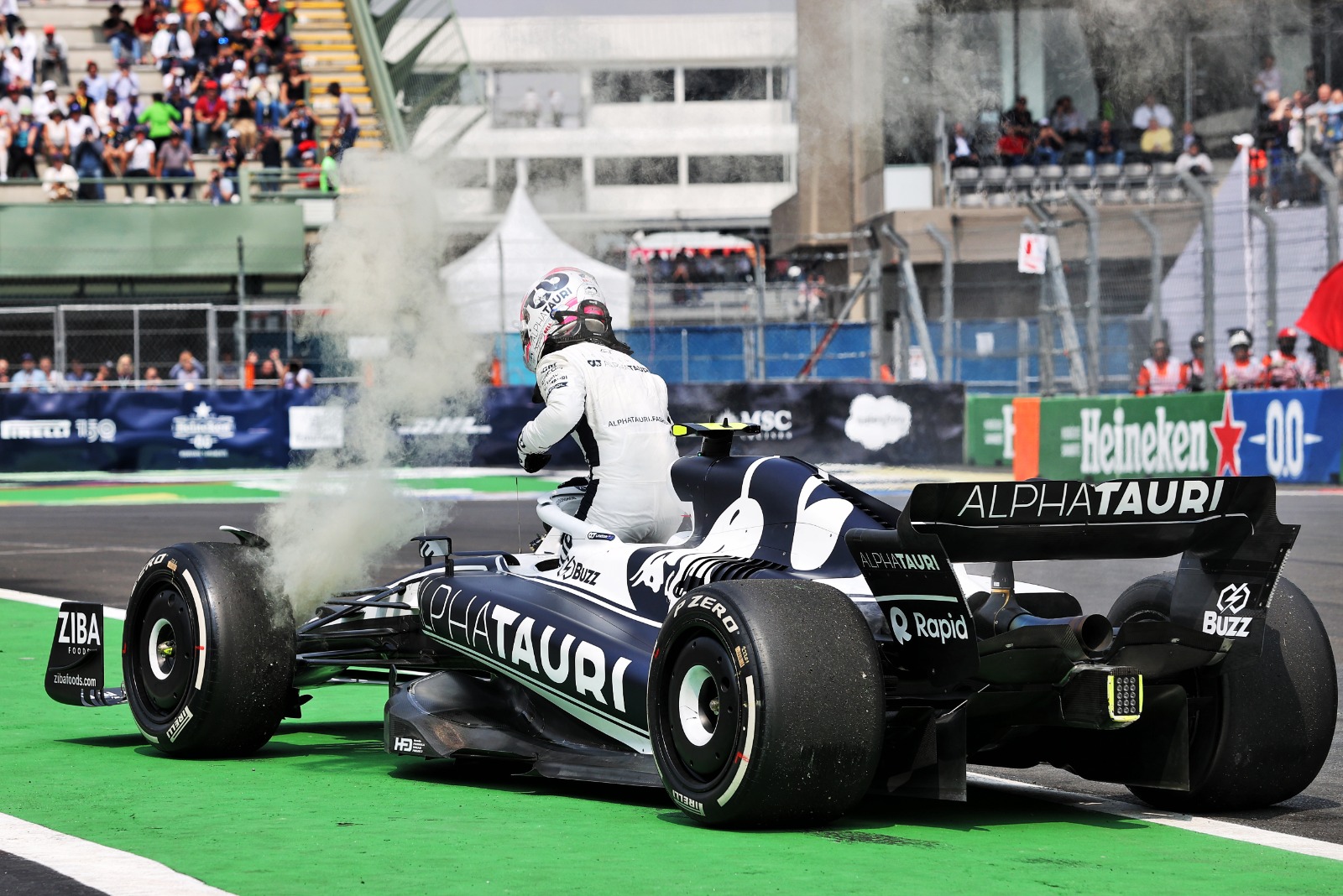