One of the largest new gameplay additions is Pirelli Hot Laps challenges. These take place in a variety of supercars – though, naturally, only those produced by manufacturers who have a presence in F1. 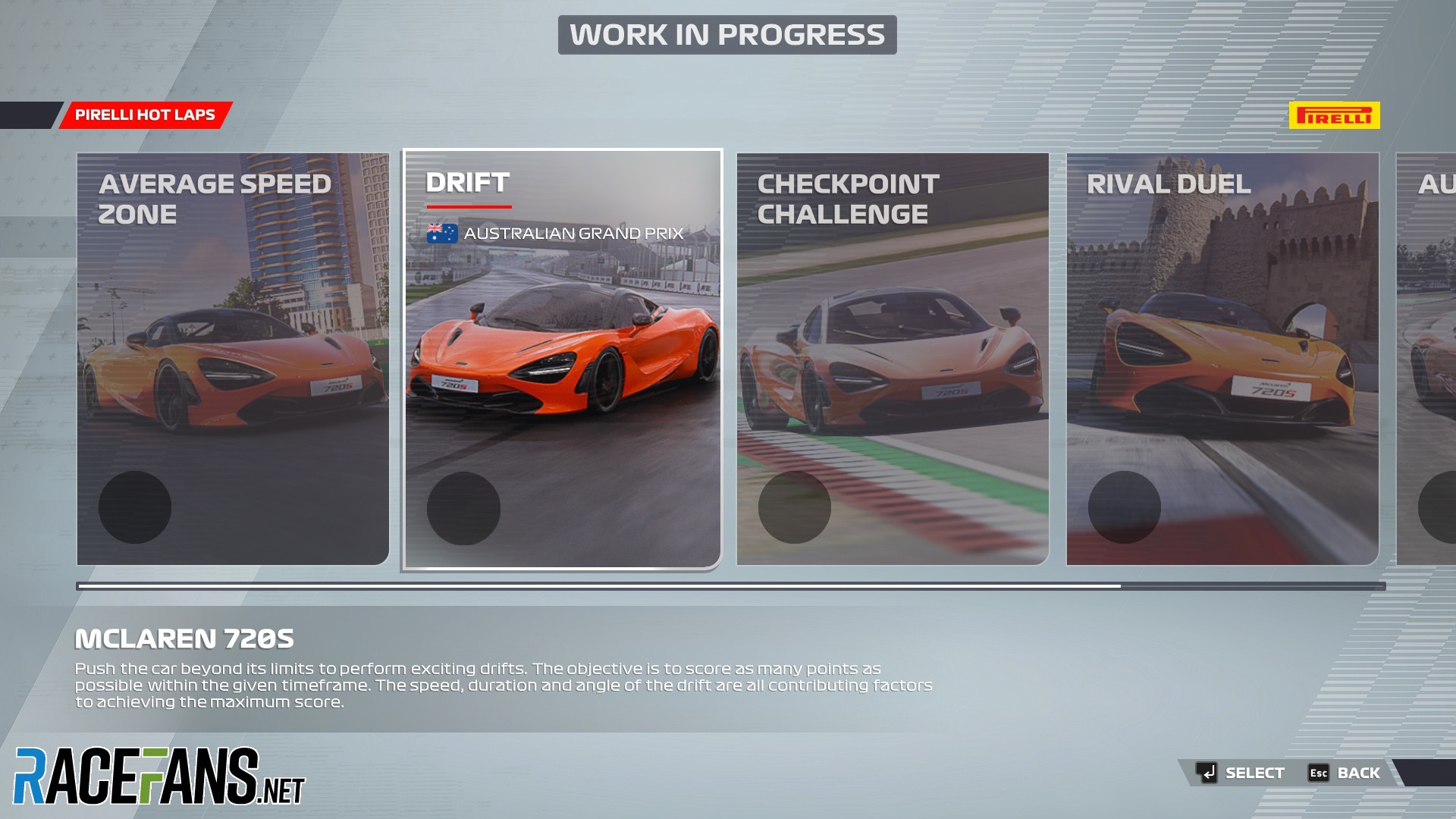 They are all rather more interesting than ferrying lucky Paddock Club guests around the track. Drift mode, as you’d expect, involved scoring points for holding prolonged slides. Average Speed is the closest thing to a time trial, pitting you against a challenging section of an F1 track.

Autocross is a more challenging test of driving, which brings out the different handling characteristics of the heavy supercars versus nimble F1 machines. Final, Rival Duel is a straight one-on-on sprint race. 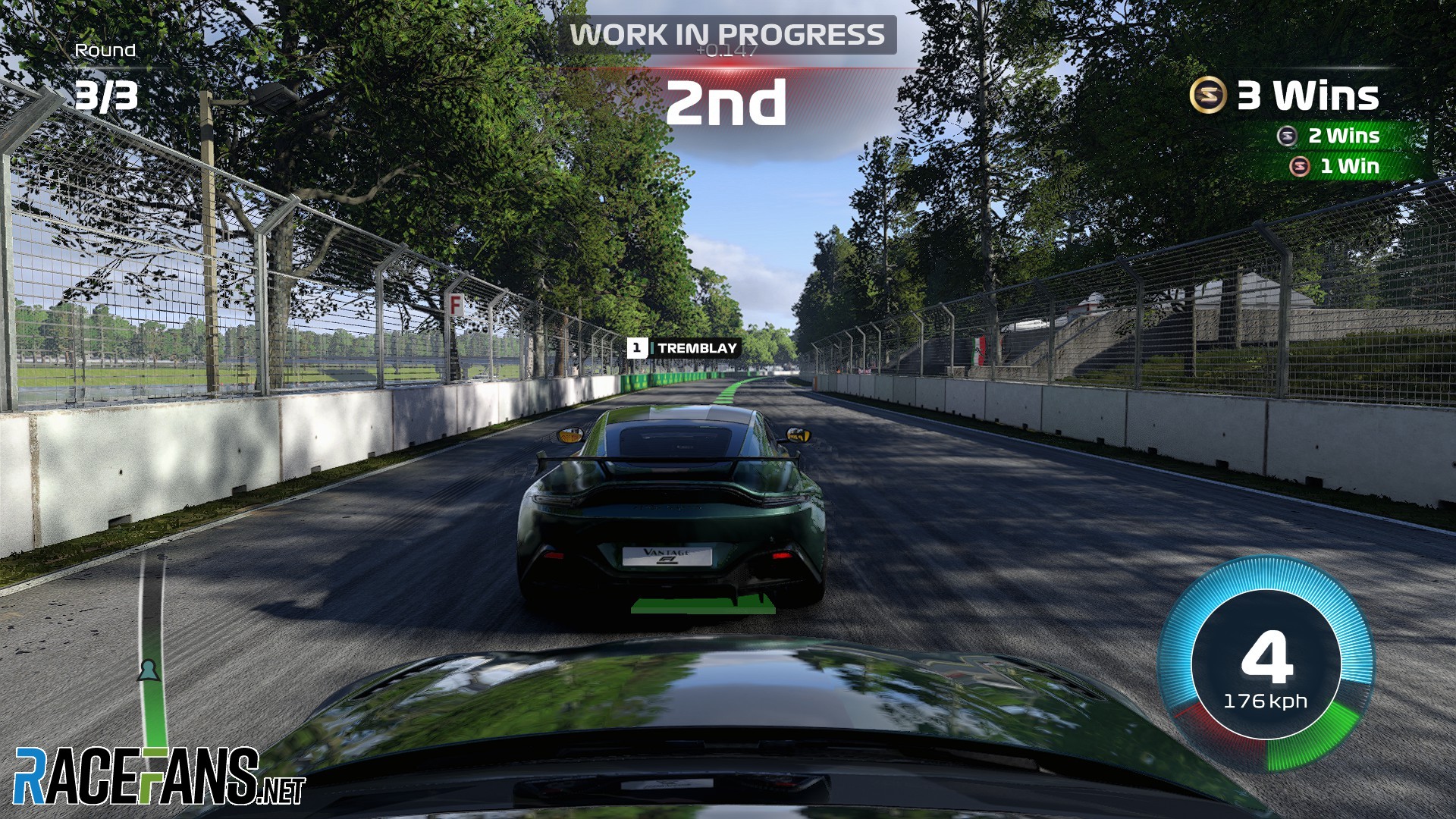 Rival Duel pits you in a straight fight with another supercar Codemasters have lavished attention on the animations which accompany pit stops and added broadcast-style coverage to show your tyres being swapped and any repairs taking place as if you were watching a race. 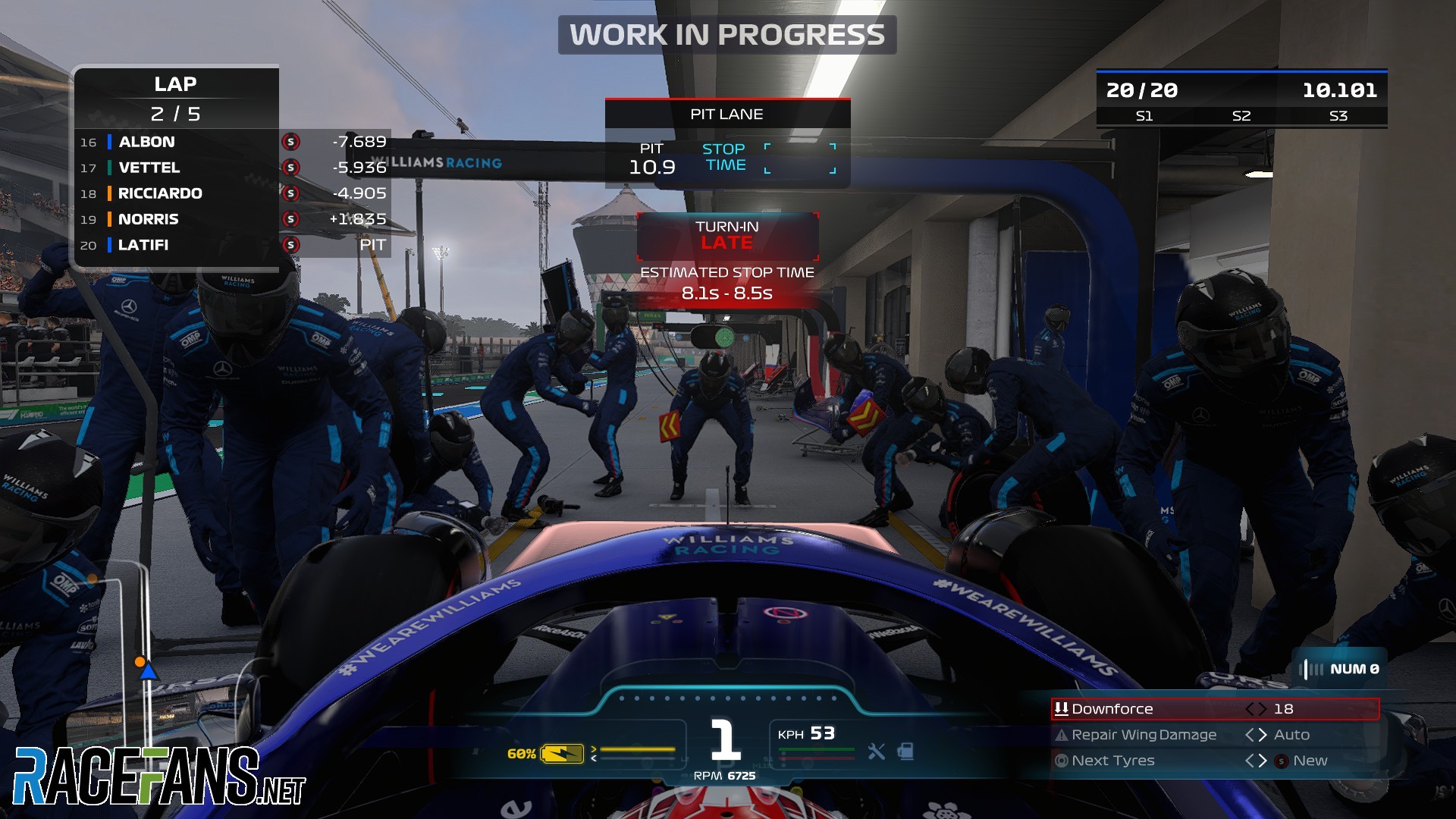 It’s now possible to ‘miss your marks’ when you pit

There is a new gameplay dimension to pit stops as well. It’s now down to you to ensure you swing into your pit box at the correct moment. Mess it up and your pit crew will change your tyres more slowly. 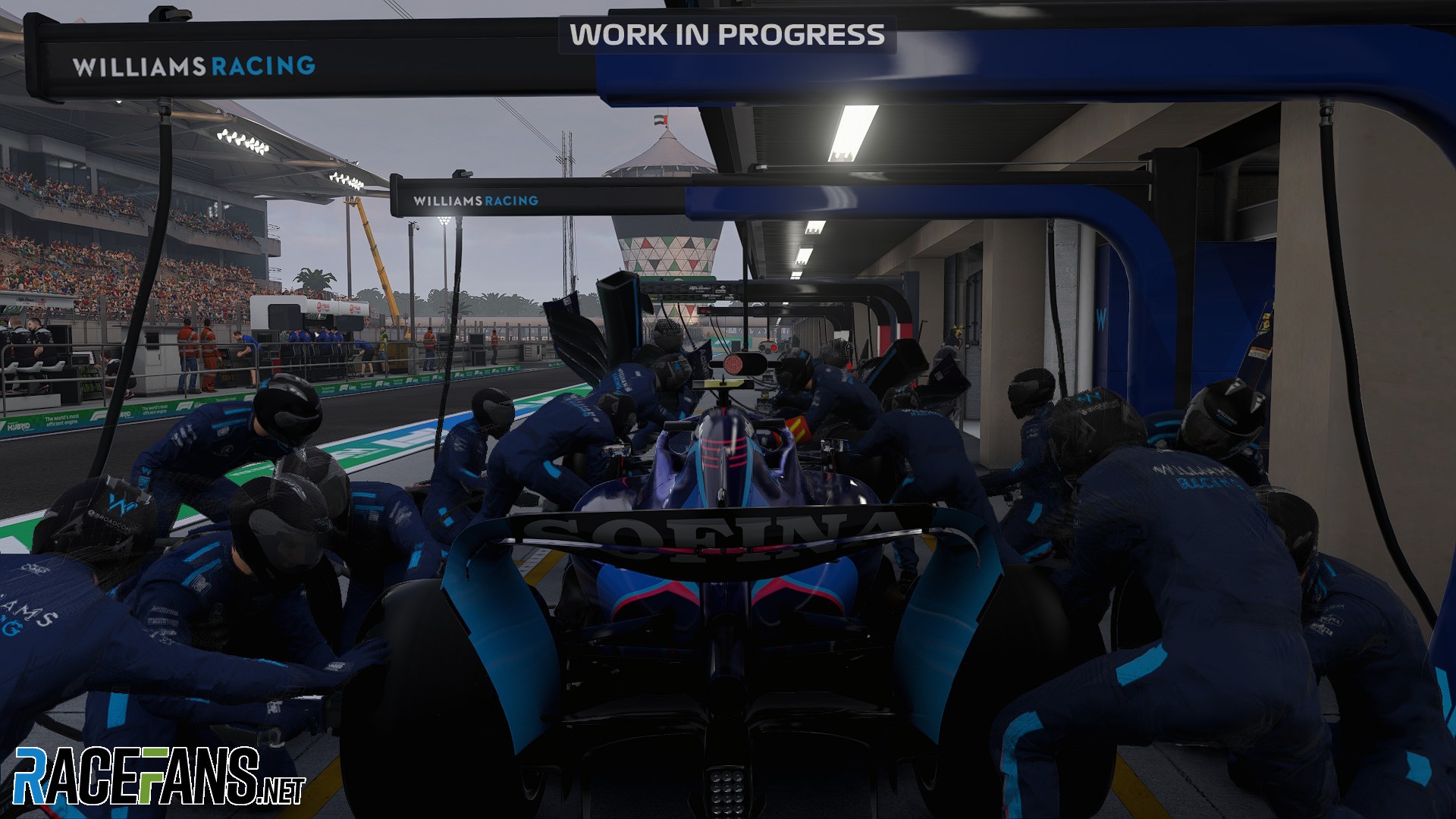 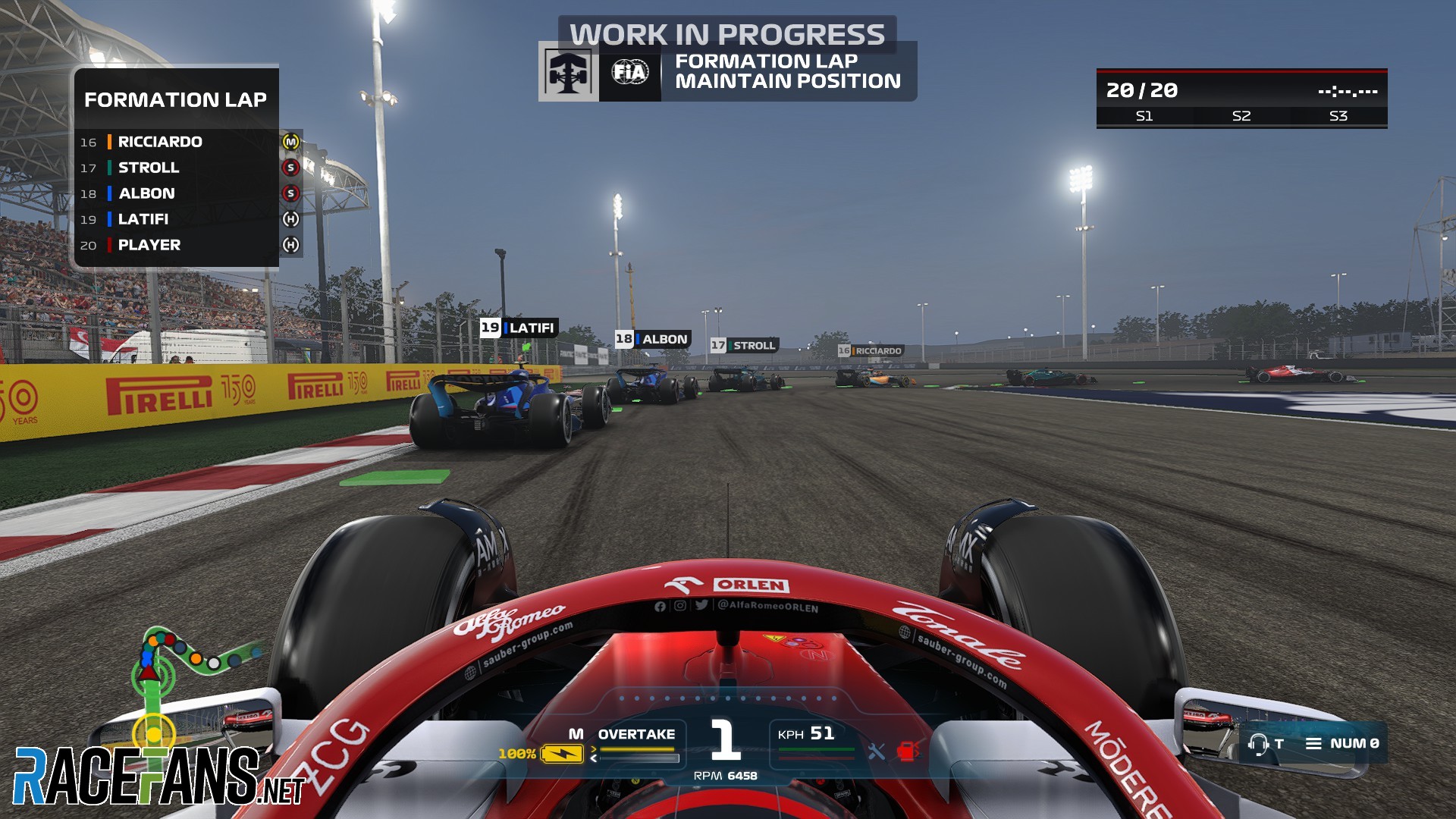 You can now manually driver to your grid slot

One keenly-anticipated addition to the game is the new grid slot feature on the formation lap. This allows you to position your car on the grid exactly as you wish without the AI taking control of your car before passing the pit lane.

The most significant track changes for 2022 are present and correct. These include the revised Yas Marina and the Circuit de Catalunya which were used by F1 last year but not present in F1 2021.

The alterations to Albert Park in Melbourne also appear, as does the new Miami International Autodrome. 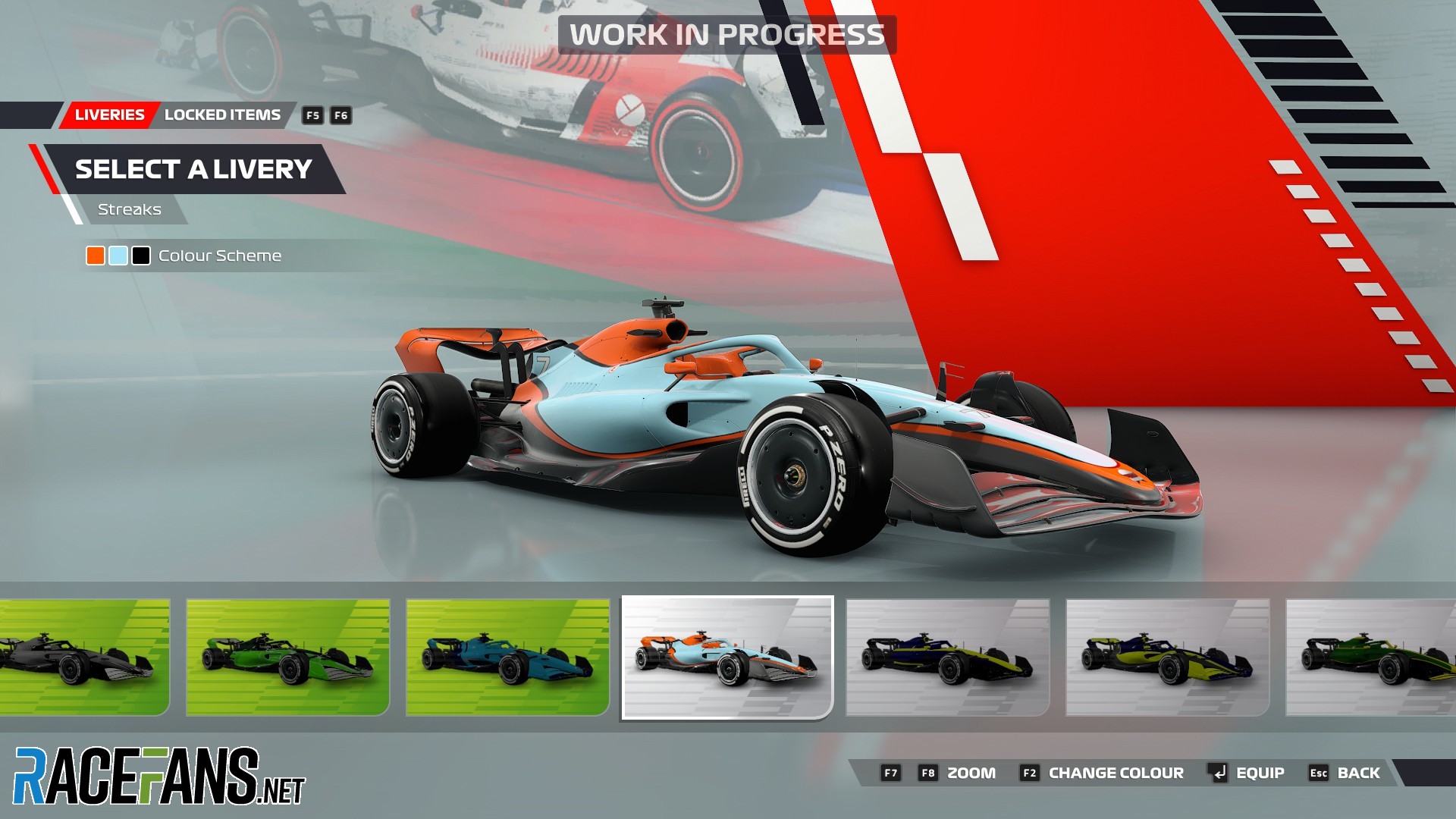 The biggest cosmetic change to the game is the new F1 Life environment. Here you can style your character, personalise your F1 car and team, fill your garage with Supercars and even check in on other players. 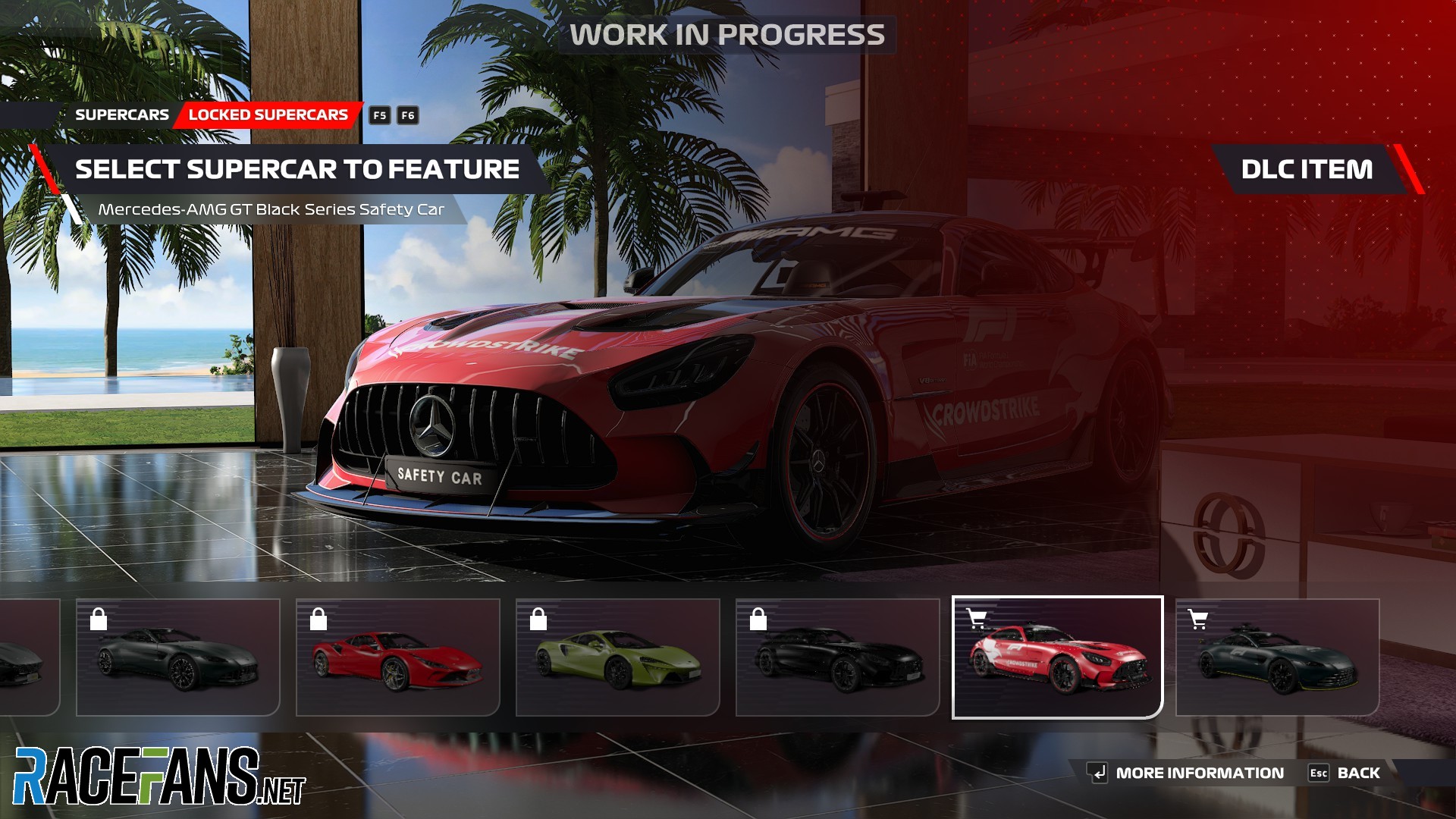 The two F1 Safety Cars are available as bonus items

Look out for our full review of F1 22 once we receive the finished game. In the meantime here’s more of what to expect in the latest edition of the official Formula 1 game: