We’re absolutely buzzing for the 2022 season to get underway and we know you are too! By becoming an F1 TV Pro subscriber you’ll get all the action and see every angle, with unprecedented information on your screen and at your fingertips throughout every session and Grand Prix. You’ll be right in the heart of the racing, even sitting on the sofa!

F1 is offering a 20% discount to new annual F1 TV Pro subscribers – so get in fast and get the insider view. Offer ends at midnight on Sunday March 13th after Bahrain testing.

Off the back of one of the most dramatic seasons EVER, we’re ready for the biggest regulation change in decades. With brand-new cars in action, F1 TV Pro puts you in control with all F1 sessions covered live and on-demand plus live timing data direct from all 23 Grand Prix weekends.

Don’t miss a moment of the most packed calendar in the sport’s history!

Ahead of lights-out in Bahrain on 20th March you can also enjoy F1 Pre-Season Testing live on F1 TV Pro.

F1 TV Pro will take you to Pre-Season Testing in Bahrain from Thursday 10th to Saturday 12th March, giving us our first real opportunity to check out which teams are looking like title contenders ahead of the season-opener the following weekend. The season concludes on 20th November in Abu Dhabi.

As Max Verstappen and Red Bull set out to bring home back-to-back championships, be prepared for fireworks as Lewis Hamilton’s back and hungrier than ever for a record-breaking eighth title. And there’s the big question – is George Russell going to bring the fight to his teammate at Mercedes?

Or will the likes of Ferrari, McLaren or Aston Martin shake things up?

F1 TV Pro’s dedicated reporters will be there to guide you through this season’s rapid rate of technological development with news and rumours via pre- and post-race shows and programmes such as Weekend Warm Up and Paddock Pass. All race weekends are set to be busier, with new ‘show and tell’ technical sessions where the car upgrades are revealed for the cameras on a Friday.

Get onboard with the drivers 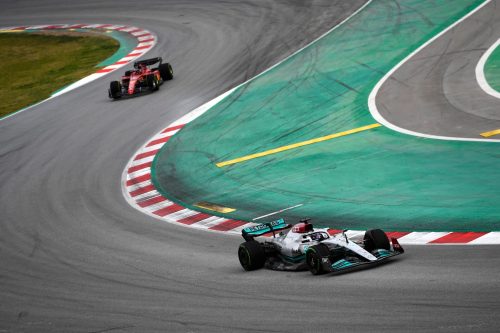 You can access all 20 onboard cameras, live team radio and follow specific drivers all in real time and on catch-up. F1 TV Pro gives you the perspective of being a manager, sitting at a digital pitwall with live timings, tyre info, and expert commentary. Many fans create their own race set-ups using multiple screens including F1 TV for a fully immersive experience: just the way they want to watch.

The whole season the way you want it 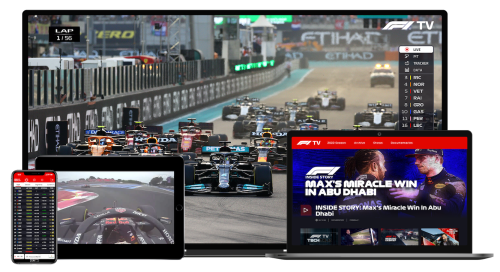 The epic 23-race calendar includes old friends and new tracks; classics such as Melbourne, Montreal and Suzuka are back. And say hello to Miami, which is surely going to establish itself as one of the coolest F1 destinations. F1 TV Pro’s team will guide you around all these circuits.

Added excitement and unpredictability comes from the Sprint races, which proved such a hit with fans last season. This time these Saturday competitions, which determine Sunday’s grid and offer bonus points, will take place at Imola, Austria, and Interlagos. Don’t miss this extra jeopardy with F1 TV Pro’s comprehensive coverage, either as a primary source for F1 fans, a second screen experience or a mobile streaming service for when you’re on-the-go. F1 TV Pro can be streamed easily on the big screen via Apple TV, Google TV, Amazon Fire TV and Roku as well as all the usual devices. And there will be live coverage of Grands Prix support races, including the W Series. F1 TV Pro is free of ad-breaks and available with commentary in five languages, with more to be announced this season.

Sign up to F1 TV Pro now to get 20% off an annual subscription and fire up the coverage in time for Bahrain’s live pre-season testing (10th-12th March). Once the lights go out on the Sakhir starting grid you’ll already be an expert on all things F1 2022 – but get ready for some surprises. This season will be full of them.

Offer valid until 13 March 2022. Available on web and apps only for F1 TV Pro annual in selected territories. Promotion is available to new subscriptions only and discounted subscriptions will auto-renew to full price unless cancelled prior to the date of renewal. Full TC’s available here. 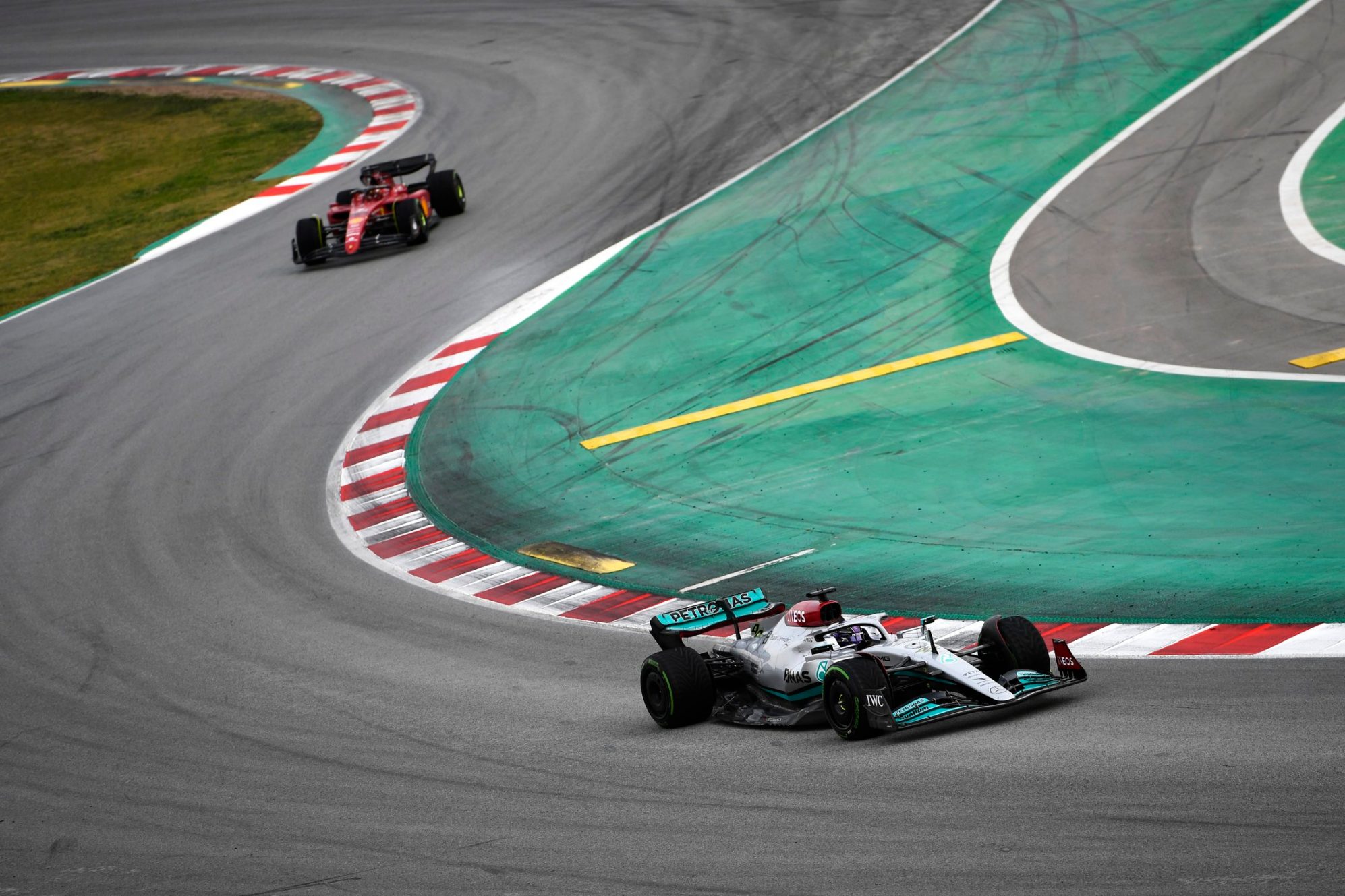