It looks like Sochi’s off the calendar (for now). F1 have just announced that the Russian Grand Prix won’t be going ahead this season because of the crisis surrounding Russia’s invasion of Ukraine.

Yesterday Max Verstappen and Fernando Alonso both suggested that they shouldn’t be racing in the country right now, while Sebastian Vettel spoke out strongly against the events in Ukraine and has said he won’t go even if the race does go ahead.

Calls for the race in Sochi to be cancelled have intensified in recent days and F1 bosses and teams met last night to discuss the situation.

They’ve decided that it is impossible to hold the race that was due to be held on September 25 at this moment in time.

“On Thursday evening Formula 1, the FIA, and the teams discussed the position of our sport, and the conclusion is including the view of all relevant stakeholders, that it is impossible to hold the Russian Grand Prix in the current circumstances,” F1 said in a statement.

The invasion of Ukraine has also impacted Haas, who are sponsored by Russian fertiliser producer Uralkali. The American team are running a blank livery in Friday testing, and have removed the branding from their paddock buildings.

Where do you think F1 will race instead? Let us know in the comments below. 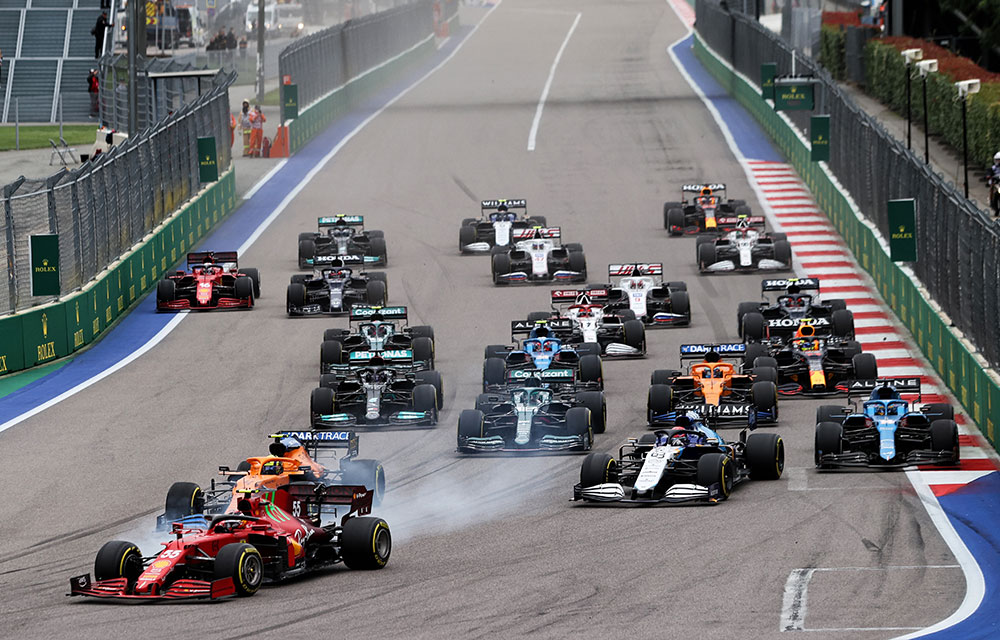