In case you missed it, it was revealed on social media that the unusual mini harbour that would be placed INSIDE the new Miami circuit was fake. Uh huh, that gorgeous blue pool of water that the boats would be floating on was just one huge sticker.

Although we questioned how they’d even go about constructing it, we didn’t expect something quite like this. Although it’s an interesting alternative and probably still look great from the aerial shots, F1 fans were quick to get creative 😂

Reminds us of this… #F1 pic.twitter.com/e4GDRpKC1M

THEN PHOTOSHOP CAME INTO PLAY

SOME PEOPLE WERE REMINDED OF TOP GEAR

the miami race winner trying to jump into the fake marina: pic.twitter.com/DnDtfWQPk8

BUT THERE CAN ONLY BE ONE WINNER…

What do you think about this fake Miami harbour? Let us know in the comments. 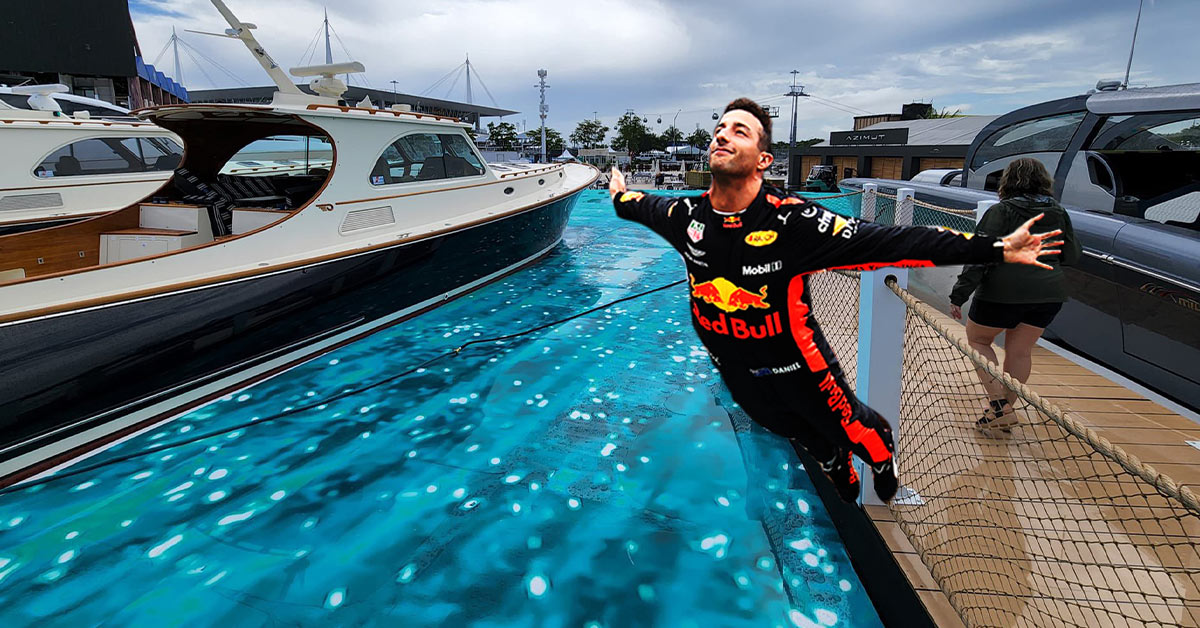