As we prepared for the start of qualifying for the United States Grand Prix, Red Bull Racing confirmed the sad news that their founder, Dietrich Mateschitz, had died aged 78.

Although he wasn’t often present at races, especially of late due to illness, there’s no doubt that his passing will have a big impact on those up and down the grid. Having been the driving force behind Red Bull getting involved in F1, it’s no surprise that there’s been such a big outpouring of support for Red Bull from other teams.

Having bought the Jaguar team in 2004, it was then rebranded to Red Bull Racing the following season… and well the rest is history. There is of course AlphaTauri, too, with the two teams giving so many drivers on the grid an opportunity to race in F1 at one point or another.

We are saddened to hear of the death of Dietrich Mateschitz

The co-founder of Red Bull made an unforgettable contribution to F1, and leaves a lasting legacy pic.twitter.com/ZuBxwY5CzS

Our condolences go out to the entire Red Bull family and, of course, the friends and family of Dietrich Mateschitz following the sad news of his passing today. A great man whose impact on our sport cannot be overstated. Rest in peace.

Williams Racing is very sad to learn of the passing of Dietrich Mateschitz. We are sending our thoughts and condolences to his family and friends and everyone at the Red Bull and Red Bull Racing family at this time. pic.twitter.com/PDuoTzbUIJ

We pass on our condolences to both the team and the Mateschitz family. https://t.co/v7adkGSXnf

All of us at BWT Alpine F1 Team are saddened to learn of the passing of Dietrich Mateschitz, a hugely influential figure in our sport.

We offer our condolences to his friends and family, including our colleagues at @redbullracing, @AlphaTauriF1 and everyone at @redbull. pic.twitter.com/YAghOXuXo8

Following the sad passing of Dietrich Mateschitz, our thoughts and condolences are with Dietrich’s family and friends, @RedBullRacing, @AlphaTauriF1 and the wider @RedBull family. Rest in peace. pic.twitter.com/TPYvjkM87P

Alfa Romeo F1 Team ORLEN are saddened by the news of the passing away of Dietrich Mateschitz.

Our thoughts and sympathy are with Dietrich's family and friends at this moment, as well as with everyone at Red Bull Racing and Scuderia AlphaTauri.

We are deeply saddened to hear of the passing of Dietrich Mateschitz. A man who loved our sport and challenges. On behalf of everyone at Ferrari, we offer our condolences to his family and to our friends at @redbullracing and @AlphaTauriF1. Our thoughts are with them all. pic.twitter.com/WAJMnaD2c6

There have been many kind words shared from drivers too after qualifying, with Sebastian Vettel even paying his old friends at the Red Bull garage a visit after the session.

Thoughts are with everyone at Red Bull at this tough time 💙 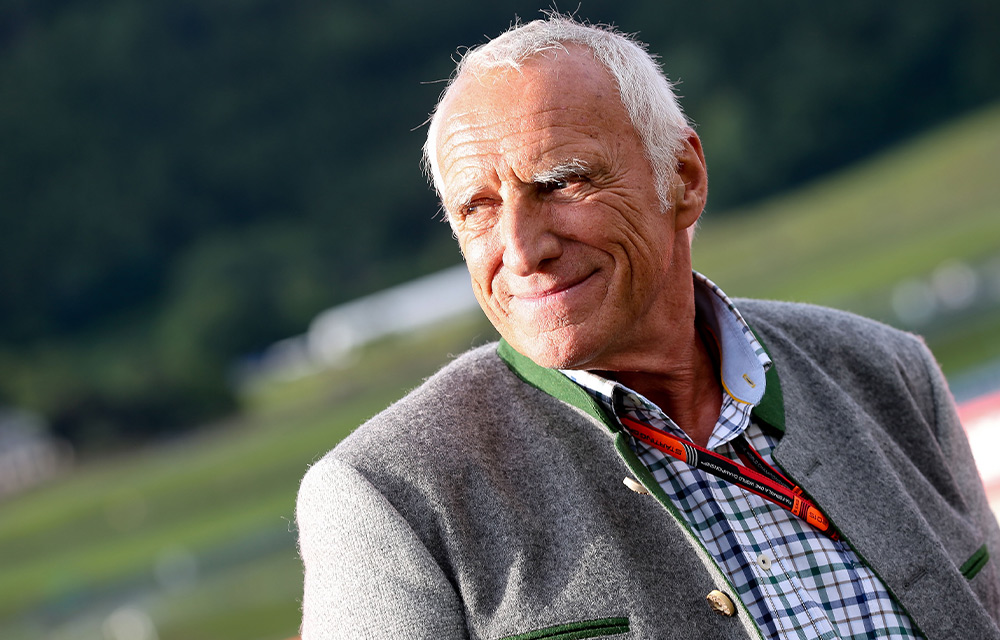