Esteban Ocon Helped Deliver One Of Football’s Most Famous Awards

The Ballon d’Or is a legendary football award given to the best player of the year, and the 2022 award was presented in style thanks to Alpine.

Esteban Ocon drove an Alpine show car, based on the 2012 Lotus, in Paris with the famous trophy placed on the airbox before taking the Ballon d’Or into the event itself.

🏎 A special delivery from @OconEsteban with the #BallonDor on the top of the BWT @AlpineF1Team F1! @francefootball pic.twitter.com/7oHJjr109x

Fernando Alonso appeared at the awards last year but Estie Bestie’s future teammate Pierre Gasly was there sitting next to his countryman despite all the talk that the two of them don’t get along! 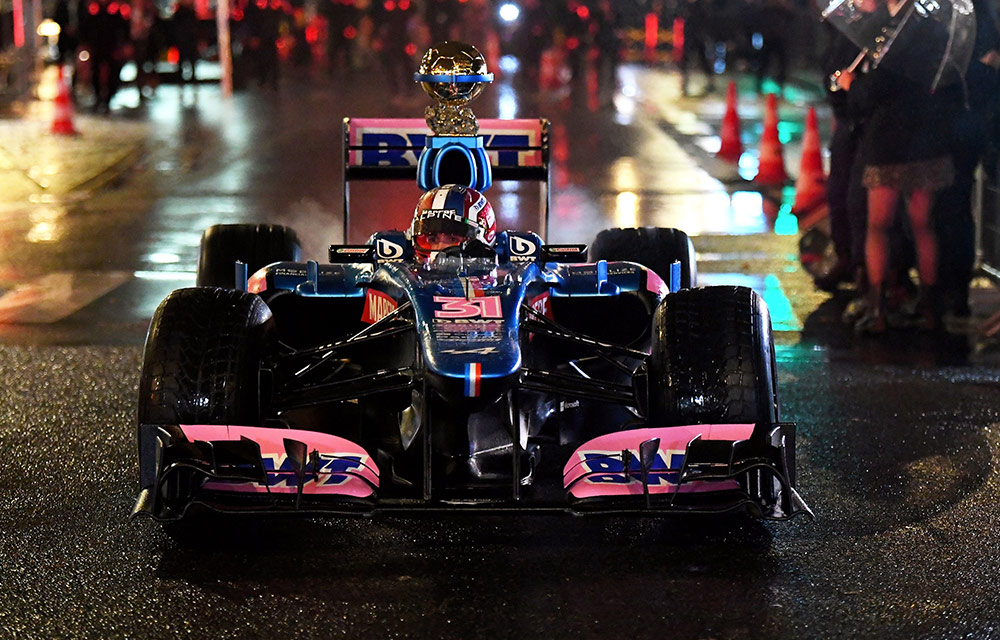