In the round-up: McLaren Racing CEO Zak Brown says he “hated” deciding to cut Daniel Ricciardo’s contract short having lured him away from Renault.

Ricciardo will leave McLaren a year before his contract was due to expire. Brown, who tried to bring Ricciardo into his team on one occasion before they eventually agreed terms for 2021, said he “hated” making himself cut Ricciardo’s three-year deal short as the driver struggled to perform at the team.

“It’s probably the toughest thing I’ve had in my time in motorsports, it wasn’t pleasant, not fun,” he told Kayo Sports.

Ricciardo has indicated he does not expect to compete in the 2023 F1 season.

Mike Elliott, Mercedes’ F1 technical director, says his team understands now what changes they need to make to their car design to eliminate its 2022 weaknesses, and how much of a performance gain is expected to be required to fight for wins again.

“Once you put that right, how much performance do you need to find and I’m obviously not going to give you a number because that would be giving a lot away, but I think it’s within the bounds of what’s possible to find,” he said. “So I think we’ve got to work diligently, work hard over the winter, but hopefully we can get ourselves back into a position where we’re fighting right at the front.” 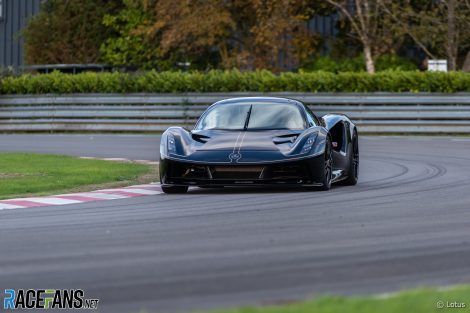 Lotus honoured Fittipaldi with their new hypercar Lotus has produced a limited edition of its Evija electric hypercar to mark the 50th anniversary of Emerson Fittipaldi’s first world championship success.

Eight of the 130 Evijas will be produced in a black-and-gold livery evoking the colours of the ground-breaking 72 which Fittipaldi took to the 1972 championship. Jenson Button was invited to test drive one of eight examples of the 2,000bhp-plus (1,500W) machine.

“It sounds like a jet engine,” the 2009 world champion enthused. “You think of an EV as quiet but it’s not. The torque is astronomical. It’s amazing, it puts a big smile on your face.”

Happy birthday to Fer No. 65, Sebastiaan Huizinga and Carlos!