CashNotClass commented on the post, Which of 2022’s four lost F1 drivers will return to the grid in the future?

The end of the 2022 F1 season last weekend saw six drivers compete in their final races with their teams. But while Fernando Alonso and Pierre Gasly will remain on the grid for 2023 in different coloured overalls, four drivers will not be racing at all when the teams reconvene in Bahrain for the start of the new season.

Four-time world champion Sebastian Vettel is the only member of that quartet leaving Formula 1 of his own choice. The other three – Nicholas Latifi, Daniel Ricciardo and Mick Schumacher – have all expressed a desire to continue racing in Formula 1. However, none of the three have found a team willing to give them one of the limited 20 seats available for the 2023 season.

But just because those names will not be in the sport come the opening round in Bahrain next year does not mean that the book has completely closed on their F1 careers. In the last ten months, not only has Kevin Magnussen been brought back onto the grid after a year thrashing sportscars around the United States, but Nico Hulkenberg has been granted a remarkable return to the grid for 2023 – four years after his last full-time season of racing in 2019.

So of the four names lost from the field this off-season, which – if any – have the best chance of making a return at some point in the future? 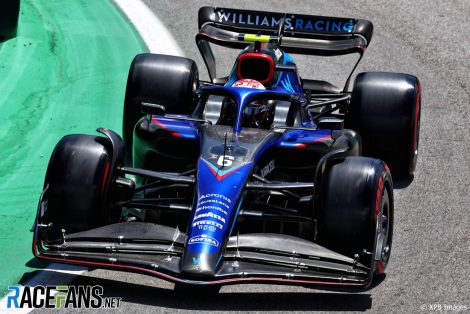 Latifi has decent financial backing After three seasons with Williams, Nicholas Latifi departs from the team he has raced with since making his grand prix debut in 2020. It’s fair to say his tenure in Formula 1 was unspectacular over that time, with Latifi struggling to take minor points finishes for a team that was rarely off the back of the grid.

In his three seasons, Latifi finished 21st, 17th and 20th in the drivers’ championship, out-scored by team mates George Russell and Alexander Albon by a total of 20 points to nine. Latifi’s achievements on track may not paint him as an obvious candidate for a second chance in Formula 1, but he has the perk of bringing decent financial backing from Canadian sponsor Sofina Foods – whose CEO just so happens to be Latifi’s father.

As unfathomable as it may have seemed less than two years ago, Daniel Ricciardo will head into the 2022 off-season with his future in Formula 1 under severe question. Following two seasons of consistent underperformance at McLaren compared to team mate Lando Norris, McLaren cut their losses and bailed on Ricciardo’s three year contract with one full season still remaining. 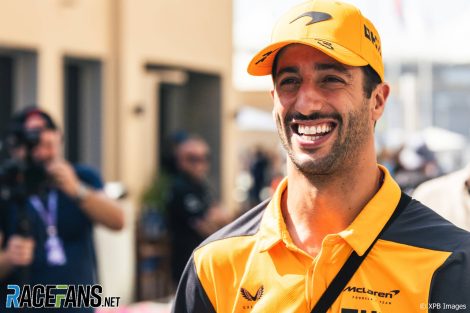 Ricciardo is an eight-time grand prix winner Despite having Haas team principal Guenther Steiner admit he had reached out to Ricciardo to gauge his initial interest in possibly racing with them next season, Ricciardo apparently did not return Steiner’s calls. Rather than taking any seat available just to remain on the grid, Ricciardo appears content to sit out a season in 2023 and return to Red Bull to carry out third driver duties while hoping an opportunity opens up for a return to a race seat next year.

But if any team does decide to offer a drive to Ricciardo next season, what driver will they get? Will it be the Ricciardo who ran toe-to-toe against Max Verstappen during their years at Red Bull, won eight grands prix, including lat year’s Italian Grand Prix with McLaren? Or will it be the Ricciardo who just could not find any solution to his lack of pace over the last two seasons, no matter how hard he tried?

As the youngest and least-experienced driver on this list, none of the four have as much time ahead of them to try and reclaim a place on the Formula 1 grid than Mick Schumacher. After claiming the 2020 Formula 2 championship, Schumacher was thrust into Formula 1 with Haas and doomed to the back of the grid for a year as the team put all its development work into their 2022 car. 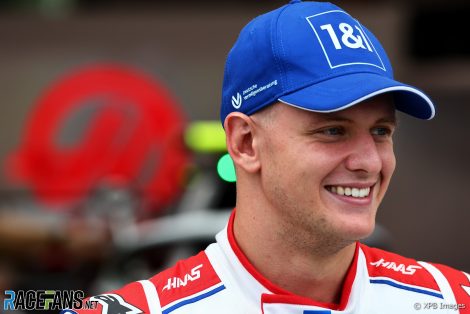 Schumacher will only be 24 at the start of next season By the time the season began, Haas had leapt from the very back of the field into points scoring contention. Except it was Kevin Magnussen who was recording all the top ten finishes for the team as Schumacher struggled to make the most of his car, crashing heavily in Jeddah and Monaco along the way. Although he showed flashes of real potential in the mid season at the Red Bull Ring and Silverstone, they would be the only points he would score, leading to Haas choosing the more experienced Nico Hulkenberg to replace him for 2023.

Schumacher is determined that this is not the last that Formula 1 will see of him. He has plenty of admirers in the paddock, not the least of which being Mercedes team principal Toto Wolff. Still technically affiliated with Ferrari, Mattia Binotto said the team would sit down with Schumacher and discuss his options in the off-season to decide what would be best for his future. He also has the benefit of a famous surname that could make him attractive to teams in the future.

Few Formula 1 drivers ever get the luxury of getting to end their careers on their own terms and at the age of 35, four-time champion Sebastian Vettel called time on his racing career that goes down as one of the most successful ever in Formula 1 history. 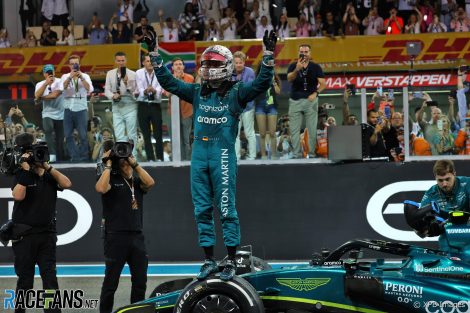 Vettel retired at the age of 35 But in F1, retirement regularly does not mean that drivers have race their last grand prix. Felipe Massa retired at the end of 2016, but was brought back to shepherd Williams through 2017 after Nico Rosberg’s retirement led to Mercedes pinching Valtteri Bottas. Fernando Alonso retired at the end of 2018 to chase the Triple Crown and win Le Mans before returning back to F1 on the cusp of turning 40. Jenson Button also made a cameo appearance in Monaco in 2017 to allow Alonso to compete in the Indy 500 after Button had stepped away from the sport at the end of 2016.

Vettel’s openly admitted he does have interests in possibly competing in one-off races in series outside of Formula 1 and his long-time rival and good friend Lewis Hamilton is convinced that Vettel will make a return to the world championship at some point. So could Vettel eventually reach the 300 grands prix milestone in the future after all?

With the greatest respect to Nicholas Latifi, there is perhaps as much chance of Mika Hakkinen ending his sabbatical and returning to the Formula 1 grid than any of the ten teams choosing to give him a second shot in Formula 1.

Sebastian Vettel is also unlikely to return to the grid, no matter what Hamilton may think. Vettel’s comments around his retirement invoke a strong sense of a driver who is mentally checked out of competing at the highest level and with four championship titles and over 50 race wins to his name, it’s likely he does not feel he has anything else to prove. A one-off appearance stepping in for another driver isn’t out of the question, but it’s difficult to see the circumstances arising where that is likely to happen.

The two most likely candidates, therefore, are obviously Mick Schumacher and Daniel Ricciardo. But they are two very different prospects at two very different stages of their career. Schumacher has the benefit of youth and while he underperformed in 2022 compared to his team mate, it’s possible that, with the right team, he could fare better and demonstrate he has the potential to fight in the thick of the action in the midfield or beyond.

Finally, Daniel Ricciardo has enough good will in the paddock to remain on the shortlist for any team considering replacing one of their drivers over the next few years. However, the two big questions over Ricciardo is whether he will be prepared to accept a seat with a team slightly further down the field than he is used to and whether or not he can overcome whatever held him back at McLaren and be that race-winning driver once again. But if Nico Hulkenberg can find a way back on the grid at age 35 without a single podium to his name, surely there’s hope for Ricciardo at age 33.

Which of 2022's lost F1 drivers will return to the grid in the future? (Select up to four)