BasCB commented on the post, Las Vegas track 'good for racing, not the most exciting to drive' - Russell

George Russell predicts Formula 1’s new circuit in Las Vegas will produce exciting racing but won’t be the most satisfying for drivers to compete on.

The new Las Vegas street circuit features several long straights and multiple corners which are likely to be tackled flat-out. Since it was revealed in March, organisers have added an extra complex of corners, turns seven to nine, breaking up what was previously a continuous 180-degree bend.

Although Russell expects the final layout to be very quick, he isn’t convinced it will be a particularly challenging circuit for drivers.

“It’s never simple driving a Formula 1 car around a circuit that’s as fast as this,” the Mercedes driver told a crowd at a launch event in the city last weekend. “I don’t think this is going to probably be the most exciting one to drive. 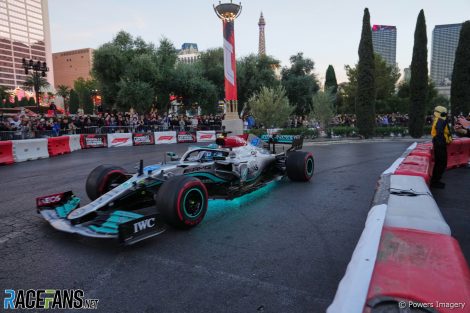 Gallery: 2023 Las Vegas Grand Prix launch “But for you guys watching I feel like this race is designed for good racing, for overtakes, good racing, entertainment. And I think the Sunday for us is going to be super-exciting. But to be honest, I don’t really care as long as we’re at the front.”

New details of the 17-turn, 6.1-kilometre were revealed as tickets went on sale for the 2023 race last week, including the configuration of its pit lane. Drivers will have to negotiate a chicane on the inside of the fast turn 17 as they make their way into the pits. The pit lane exit will blend in as drivers move from the right-hand-side of the track to the left as they transition between turns two and three.

Las Vegas is one of three US rounds on the 2023 F1 calendar, joining this year’s new race in Miami and the United States Grand Prix in Austin, which was first held in 2012. Haas team principal Guenther Steiner believes F1 could seek more races in the USA.

“I think there is more room for growth,” he said. “After seeing this one, I don’t know where we go with it, but I think we’ll have a fantastic event here next year. 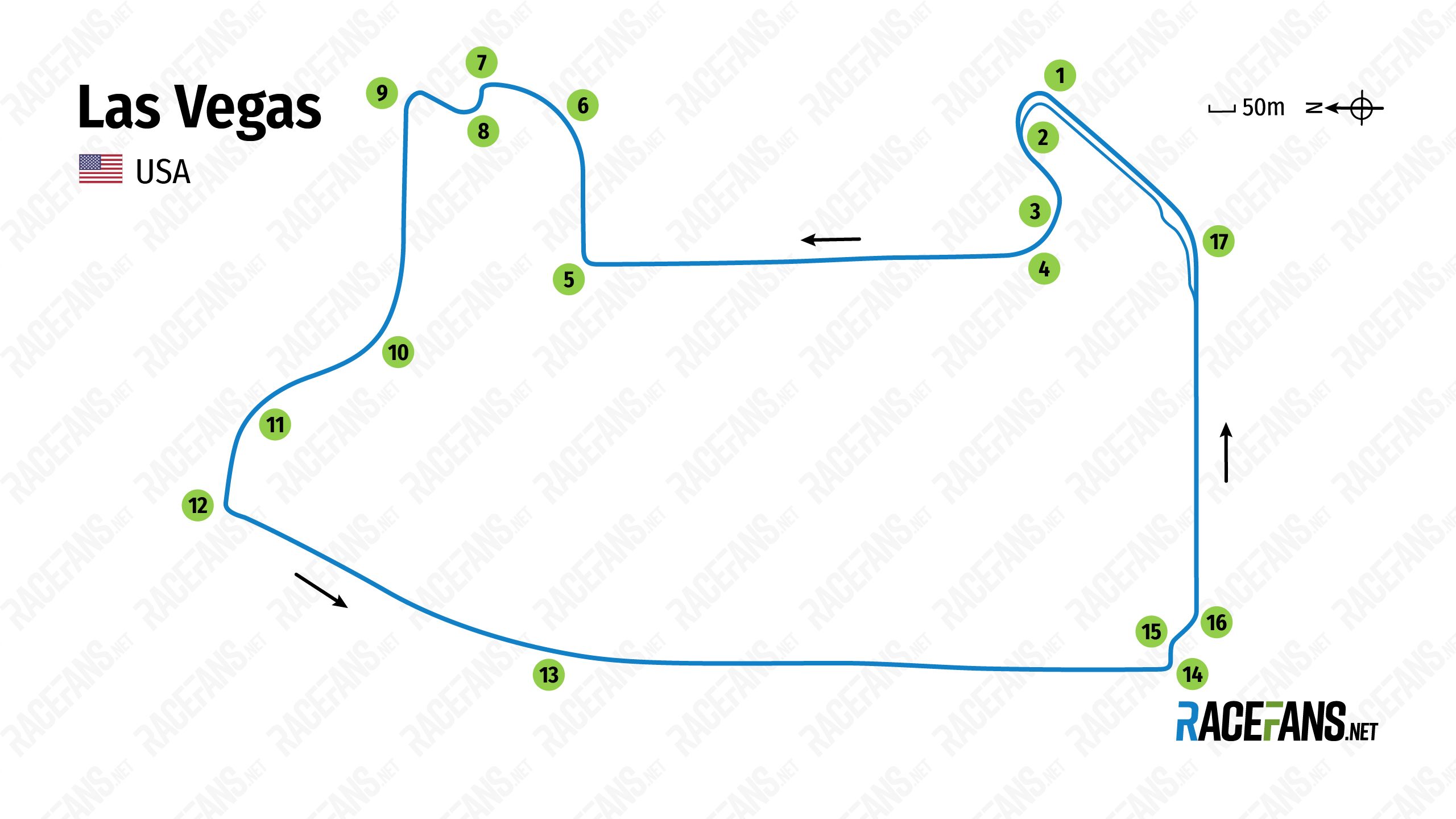