The history of Formula 1 is filled with acts and accusations of rule-bending. From technical infringements like secret fuel tanks and claims of hidden software settings to on-track scenarios such as causing a deliberate crash to win a race, to off-track scandals such as espionage.

But until last week, no F1 team had been accused of potentially breaking the rules with their finances. That changed when the FIA announced Red Bull had been found to have exceeded its 2021 spending limit.

‘Cheating’ is a strong word, but it was one McLaren CEO Zak Brown did not shy away from using last week in a letter to FIA president Mohammed Ben Sulayem, and copied to F1 president Stefano Domenicali where he stressed that, in his view, any team breaching the budget “constitutes cheating.”

Ten months have passed since the controversial conclusion to last year’s world championship in Abu Dhabi. It has taken this long for the FIA to decide Red Bull committed a ‘minor breach’ of the $145m budget cap – which constitutes an overspend of up to 5%, potentially as much as $7.25m. 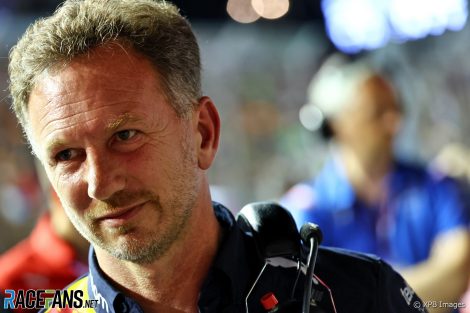 Horner is adamant Red Bull stuck to F1’s spending limit Red Bull was also found to have committed a ‘procedural breach’, as was Aston Martin (and as was Williams in June). The team which took Max Verstappen to the drivers championship last year is adamant they did not exceed the limit. A Red Bull statement said their 2021 submission was “below the cost cap limit,” and they were “disappointed” in the findings and would “consider all the options available” to them.

Nothing has followed in the nine days since. Questions therefore still hang over not only the 2021 season, in which Red Bull is said to have overspent, but also this year and future championships.

Before the announcement was made, many had suspected a team of breaching the costs limit. Mercedes team principal Toto Wolff described it as an “open secret” in the paddock.

His opposite number at Red Bull, Christian Horner, strongly denied there was any truth in the allegations and demanded rivals withdrew ‘fictitious, defamatory’ claims otherwise. 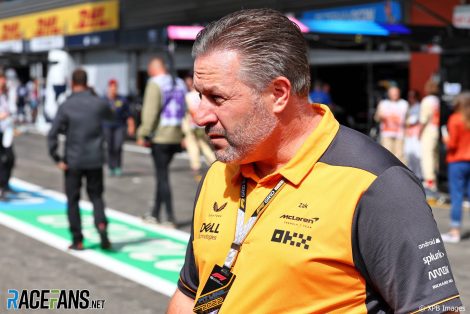 Brown said over-spending constitutes “cheating” “We made the submission in March,” Horner said. “We stand absolutely, 100% behind that submission that we are below the cap.

“That submission has to be signed off by your auditors – obviously ours is one of the ‘big three’ – and then it goes through a process with the FIA, a little bit like an audit, where there are questions and interpretations that are raised and discussed.”

As Red Bull has been found both to have exceeded the spending cap and committed a procedural breach, does the matter ultimately rest on the interpretation of the rules? This is the first time the Financial Regulations have been put to the test in this way, and new rules bring the possibility of unexpected interpretations or ‘loopholes’.

“There are always loopholes” Haas team principal Guenther Steiner acknowledged, speaking before the FIA’s findings were announced, while stressing any team should be considered “innocent until proven guilty.”

“If there is a breach, I would say we have to make sure that we are informed, if there were loopholes, what we think they are, [so] that everybody understands them.”

Steiner is especially concerned no team should be able to get around the spending limits. “We need to make sure that we are not watering down the budget cap for the future,” he said. “That, I think, is the most important thing, and I’m sure the president of the FIA will make sure that is happening.” 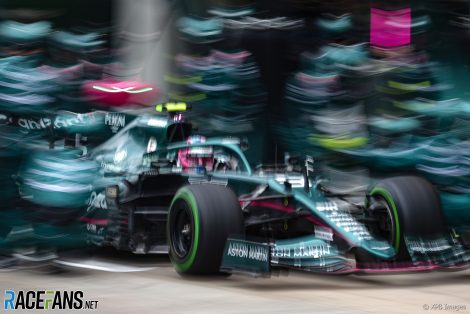 Aston Martin also committed a “procedural breach” in 2021 However Alfa Romeo boss Frédéric Vasseur pointed out teams discussed the regulations with the FIA at length before they were introduced to prevent any misunderstandings from arising.

“We had two years now to discuss with the FIA, to ask for clarification,” he explained. ”I think we had clarification on the Financial Regulations almost every week.

“Teams [were] asking questions to the FIA and they are replying to everybody. If we have a grey zone, I think it was also our job to ask for clarification.”

So if teams all got regular clarifications from the FIA, how could one team still have found themselves in breach?

Ferrari’s Laurent Mekies was sceptical any loopholes existed, pointing out the FIA had regular access to the team’s bases to police their spending. “I don’t think loopholes are issues right now,” he said. “We have been discussing non-stop with the FIA for two years. It was a new regulation, we have pretty much the FIA living with us in our factories, going back and forth with questions, and clarifications every week.

“So, I think it’s not the approach of trying to find a loophole and exploiting it and hoping that nobody finds out about it. It’s about whenever there are questions, we will ask the FIA, as will every team, and they will give an answer.”

In his letter to the governing body, Brown insisted the FIA should release the details of the breach as soon as possible so there can be “no room for loopholes” in the future. 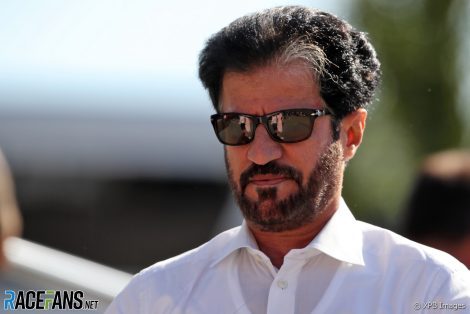 Ben Sulayem’s FIA is in the spotlight over the budget cap Barring unexpected developments, questions over the budget cap will hang over the upcoming race in Austin this weekend. The FIA says it is now “currently determining the appropriate course of action to be taken.” That leaves a wide range of potential penalties on the table, from fines to confiscation of championship points, and therefore doubt over whether championships past, present or future may be affected by their decision.

When Williams was fined $25,000 for a procedural breach of the Financial Regulations four months ago the FIA announced both the infraction and fine simultaneously. The fact no “accepted breach agreement” has been announced so far suggests the row has a while yet to run.

Red Bull clearly believe they have done nothing wrong. But their rivals have warned of the implications which may arise if the dispute over their spending in 2021 leads to changes in how the Financial Regulations are interpreted, now nearing the end of year two under the budget cap.

“What we don’t want is that the rules change in the middle of the season, that we find a compromise and that, suddenly, the rules of engagements are different,” Mekies said. “Not only as far as the 2021 season is concerned but also, as a result, for 2022 and perhaps as well for 2023. That’s the key aspect.”

During the first season of the budget cap, one F1 team has fallen foul of the spending limit, putting it at odds with the sport’s governing body. The stakes are high and the potential for a long-running argument – and potentially a legal battle – exists.

However this is resolved, clarity is needed. F1 cannot afford to repeatedly call the outcome of its championships into doubt 10 months after they finished.